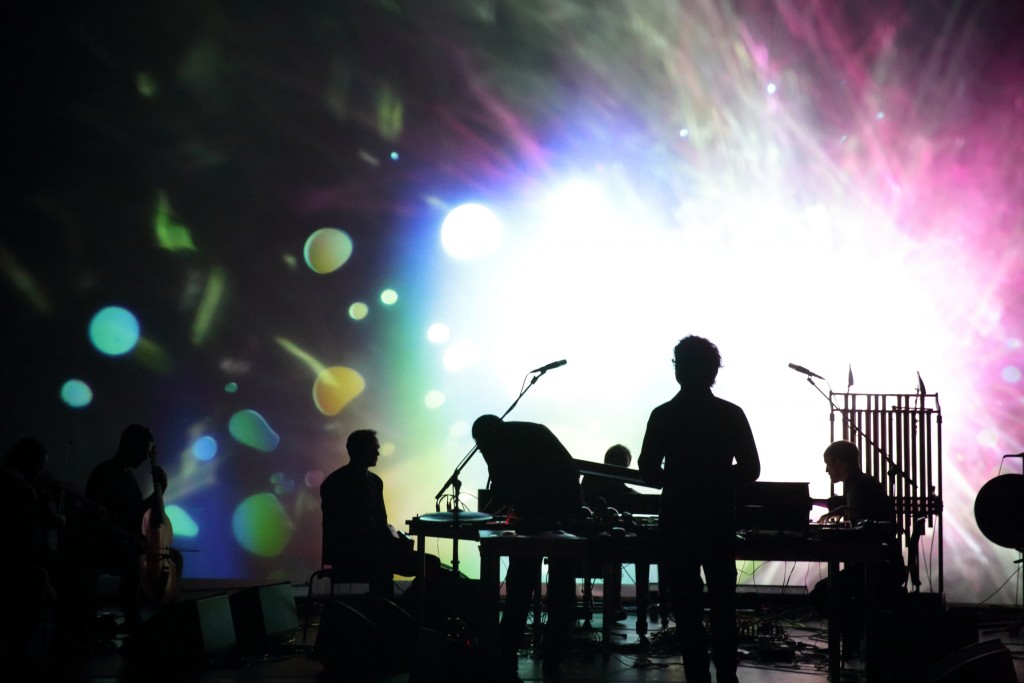 Transgressive Records are proud to announce Berlin’s instrumental collective s t a r g a z e have signed to the label, anointing their partnership with the stunning EP Deerhoof Chamber Variations.

Deerhoof Chamber Variations is devised as a continuous piece of instrumental music, based on 9 1/2 songs which drummer and composer Greg Saunier originally wrote for his acclaimed band Deerhoof.

Different from most other band and orchestra/classical collaborations Greg himself arranged and recomposed the material for a classical chamber ensemble, using exactly the same notes as in the originals while rearranging the songs structurally, in a kind of miniaturizing and abstracting way. Watch the new video for ‘Data’ below…

s t a r g a z e adapted this new composition to their particular line-up and the musicians’ personal skills, as Greg Saunier produced the album in Berlin in the freezing winter days of December 2015. The intimacy is evident – favouring the dry sound of the Beatles’ and George Martin’s approach to recording classical ensembles, rather than the lush approach favoured today.

The 19 minute piece of music is released on Friday December 4th and is the latest in a series of collaborations for s t a r g a z e who have previously worked with Julia Holter, Owen Pallett, Nils Frahm and Matthew Herbert.

In February 2014, ‘s t a r g a z e presents’ was launched at the Volksbühne Berlin, a three day long-weekender reflecting the collective’s approach and featuring concerts and exclusive collaborations with My Brightest Diamond, Pekka Kuusisto, Holy Other, Pantha du Prince & The Bell Laboratory, Mouse On Mars and Tyondai Braxton.

In Summer 2014, s t a r g a z e teamed up with Arcade Fire member Richard Reed Parry, performing his composition Music for Heart and Breath, and initiated and performed new collaborations with The Dodos as well as Grant Hart (Hüsker Dü). They have recently worked with Julia Holter, presenting an exclusive orchestral concert of her songs at the Barbican Centre London. Other highlights include appearances at the Holland Festival, the Kilkenny Arts Festival and residencies at the Dutch Into The Great Wide Open and German Haldern Pop festivals.