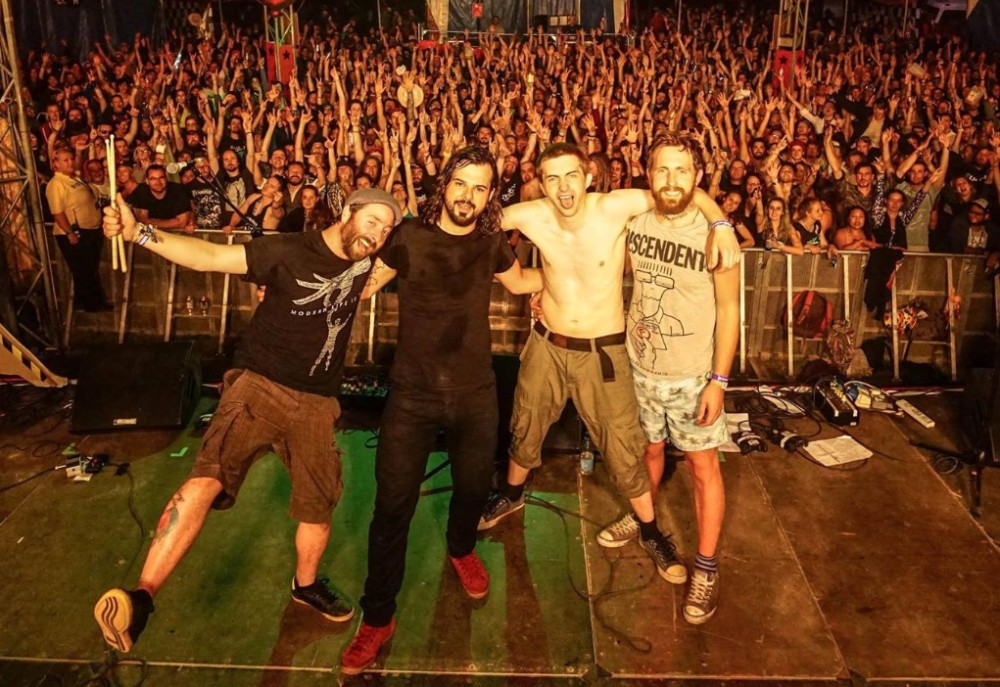 Originally formed 13 years ago, the quartet from Keighley, Yorkshire built a reputation, from the very beginning, as one of the UK’s most entertaining live bands. Random Hand, over the years, have taken to the stage almost 1500 times across the UK, Russia, America and Europe. The band have a decorated musical career having been featured regularly on the BBC Radio 1 Punk Show, touring and playing festivals all over the World, including two performances at Reading & Leeds Festivals.

The band have now decided to take an indefinite hiatus, to pursue other challenges in life.

“We’ve sincerely had the best send off a band could hope for. On this tour, we’ve played gigs that have represented every aspect of our career to date, from massive festival gigs to thousands of people, who love our music, to peculiar pubs in the middle of nowhere, playing to a hen party and a load of strangers.” says bassist, Joe Tilston. “We’ve said at every turn, we’ll be back, and we will. When? We do not know. We all have new chapters in our lives to figure out. We still all firmly believe this was the right choice to make for Random Hand. Had we carried on blindly and not discussed the issues within, we would have disappeared or fallen apart. Instead we were able to treat ourselves and everyone else, to one last focused blow out, and leave an album we’re damn proud of. Thanks again everyone.”