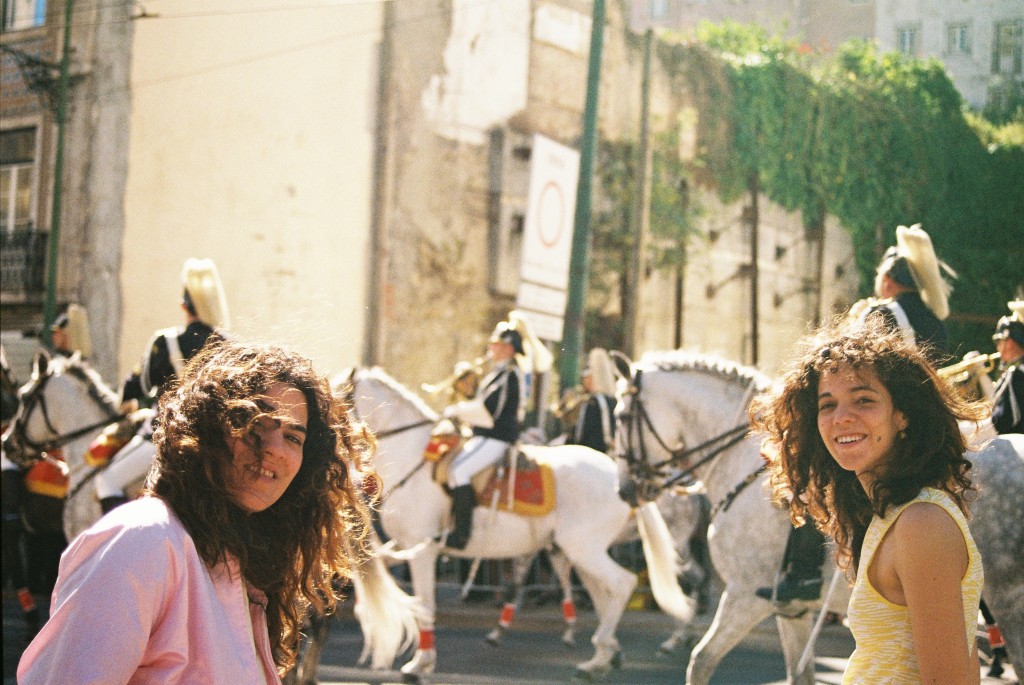 PEGA MONSTRO
Share ‘Não Consegues’ VideoAlfarroba out now via Upset The Rhythm
“We love Pega Monstro” – Crack Magazine
Having enthralled audiences at their UK shows over the summer, Portuguese sister duoPEGA MONSTRO have unveiled the new video for ‘Não Consegues’, taken from the band’s recent album ‘Alfarroba’ out now on Upset The Rhythm. The song’s title translates as ‘you can’t’ and the video was directed by their cousin Lourenço Crespo. Pega Monstro will be touring again over here in February 2016, full dates will be announced shortly.
Monstro is Júlia Reis (drums) and Maria Reis (guitar, keyboard). The duo’s name translates as ‘catch the monster’, perfectly countering the band’s striving dream-punk sound. Born and raised in Lisbon, Portugal, Maria and Júlia have been playing music together since they were 15 and 17 respectively, in other groups first before resolving on becoming a duo. Back in 2010, both sisters started a record label, along with some of their musician friends, called Cafetra Records to document Portugal’s garage punk scene. Cafetra represents a community of like-minded musicians who all help each other, making music that they’d want to hear, powered by enthusiasm.
Pega Monstro make rapturous music, it’s brisk, it’s contagious, it laughs at the language barrier and just keeps running headlong into more and more new ideas. ‘Alfarroba’ is not an exhaustive listen given that though, it’s more like an antidote than an endless anecdote, as restless, impulsive and smart as the band that made it. ‘Alfarroba’ by Pega Monstro is out now through Upset The Rhythm worldwide.
Order:
http://upsettherhythm.bigcartel.com/product/pega-monstro-alfarroba-pre-order
CONNECT
https://pegamonstro.bandcamp.com/
https://www.facebook.com/pegamonstroband