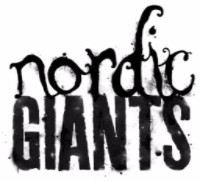 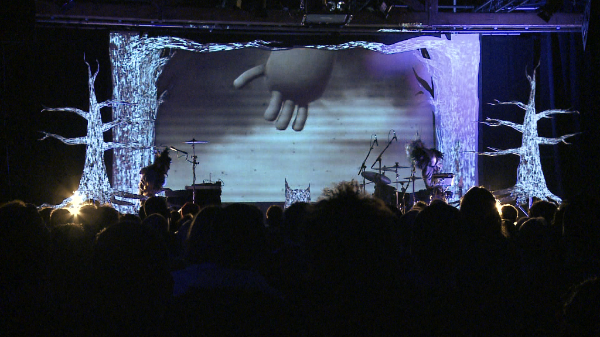 “They are in their element on stage, combining the grandeur of their music with short films, and making creative use of the live space for a full immersive experience.” – Metro

“Sound and visuals collide impressively… their inspired mix of sorcery and secrecy makes for a potent and highly original spectacle.” – Classic Rock

“They make a sound as if they were Sigur Ros’s more epic, cinematic and majestic siblings” – The Guardian

Nordic Giants have unveiled two new videos – ‘Speed The Crows Nest’ and ‘Little Bird’ – filmed at their previous sold-out headline tours of the UK, ahead of their major 7 Depths Of Consciousness tour next month.

The elusive duo showcase their intriguing digitally-mapped performances with the stunning ‘Speed The Crows Nest’, filmed in The Old Market, Brighton alongside the post-industrial destruction of their Metachaos short film by Alessandro Bavari.

A flagship of their epic soundscapes, ‘Little Bird’ is a beautifully twisted example of their warped electronics and mind-bending musicality. It features a majestic full live orchestra alongside the angelic vocals of Alyshua at the The Old Market, Brighton also.

Nordic Giants embark on the seven-date 7 Depths Of Consciousness tour at The Plough Arts Centre, Torrington on November 11th, call at London’s Hoxton Hall on November 12thand finish at The Old Market, Brighton on November 18th. The band will also visit Manchester, Nottingham, Leeds and Bristol.

Constantly working their ever-evolving live show into an even more emotive and captivating experience. The band will be premiering brand new short films from acclaimed directors and unleashing reworked/remixed songs taken from their previous releases and their debut album A Séance Of Dark Delusions, released earlier through Kscope this year to huge praise:

The enigmatic Nordic Giants provoke a wondrous spectacle that bombards the senses in an intense and gripping experience. On the 7 Depths Of Consciousness tour, Nordic Giants call upon the awareness of man to bring to light the hopes of human discoveries and the dark political and environmental questions that surround them. A full list of Nordic Giants tour dates can be found below: