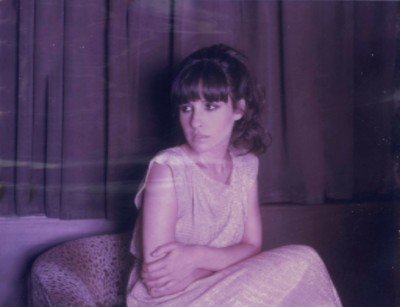 New Pharaohs follow up their critically acclaimed debut track ‘Empire’ with their new single ‘This Changes Everything’, due for release on November 13th. The song premiered on Beat Magazine who describe it as having a “…sultry Bond theme elegance… full of longing coos and lush string arrangements, that provide the perfect backdrop for Maya’s gorgeous vocals to float over.”

Tapered keys lead the way for the mesmeric sultry tones of Maya Marie, the creative mastermind behind New Pharaohs. The latest single to be taken from their upcoming debut album, ‘This Changes Everything’ is a smokey soundtrack to a dimly lit night in a speakeasy, full of seductive enchantment. “There’s something about you, the way you feel tonight,” sings Maya among lush strings in timelessly elegiac tones.

‘This Changes Everything’ follows from the release of New Pharaohs’ highly acclaimed debut single ‘Empire’, a moving and atmospheric symphony reflecting Maya’s childhood memories of war-torn terror in the Middle East and journey to Europe as a refugee.
LISTEN TO ‘EMPIRE’ HERE

Maya first made waves on the UK music scene with the electronic indie-punk band Sohodolls, picked up by Alan McGee (Oasis, Creation Records), who enjoyed considerable international success leading to Maya’s songs featuring in Gossip Girl, Californication, Nip/Tuck, Vampire Diaries and even the Super Bowl and Budweiser. As a songwriter Maya also co-wrote the hit song ‘Beat Of My Drum’ for Girls Aloud member Nicola Roberts.

Birthing New Pharaohs, Maya channels her roots and delivers a heartfelt new sound, awash with reverberations that draw inspiration from artists such as The Eagles, Fleetwood Mac, Serge Gainsbourg, Pixies, The Cardigans and Lana Del Ray.