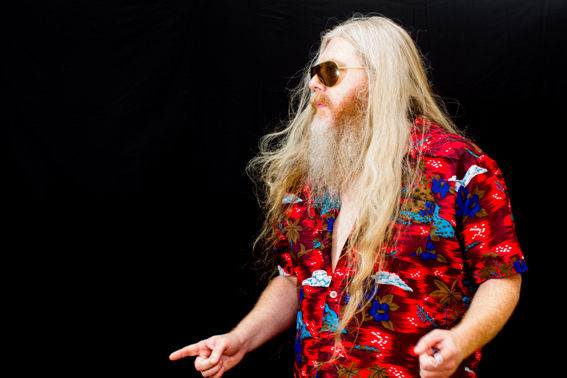 Merge is delighted to welcome Benji Hughes to the Merge family with the release of two limited-edition 7-inches: “Freaky Feedback Blues” b/w “Jazz x 10” and “Shark Attack” b/w “Mama, I’m a Zombie.”
Listen to and share “Freaky Feedback Blues” HERE
For his first full-length on Merge, Benji Hughes is releasing Songs in the Key of Animals, which will be out January 26, 2016.  Recorded over two years mostly at Frisbie studios in New York, the record is 41 minutes of pop-music exploration. The album has a summertime immediacy but an evergreen resonance (see “Longshot”).  It’s clever but too deep for punchlines (check the excellent back and forth of “Picnic”). It is sincere (“Girls Love Shoes”) yet heartbreaking (“Song for Nancy”).  It’s eccentric but never forced in its strangeness. It’s the kind of record that reminds us music can be fun without being empty.  It’s an album full of peacocks and sharks and zebras and tigers, but ultimately, it’s about us. “People are animals,” Hughes says, “even if some people don’t want to admit it.”Songs in the Key of Animals taps into something beyond just intellect or trend or taste. It’s all about the feel, the connection between the player, the music, and the listener.

Songs in the Key of Animals will be released as a double CD to preserve the experience of side breaks and as a single LP with digital download. The album is available for pre-order now in the Merge store.