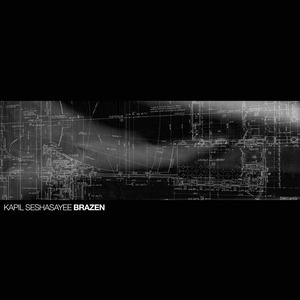 For fans of: Fuck Buttons, Scott Walker, Big Black, Bitch Magnet
Kapil Seshasayee returns with his latest single Brazen, due for release on 27th October 2015 via Fu Inle Records. The video for the track premiered on a New Noise Magazine who described it as ‘avant-garde and progressive alternative rock’.

Brazen from Production Attic on Vimeo.

Brazen is the follow up to Kapil’s sophomore EP Crimes released earlier this year picking up support from the likes ofPunktastic, State, Soundblab and The Vinyl District. The track showcases a real development in Kapil’s writing while retaining many of the elements that originally made his music so enthralling, with the experimental nature of his arrangements and strong vocals still strongly present in the mix.

You can listen to Brazen via the ABoF SoundCloud page

Based in Glasgow, Kapil has created something more complex than the average singer songwriter, as he straddles the line between the avant-garde and progressive alternative rock. Having supported the likes of Dead Rider,Screaming Females and Alright The Captain, Kapil has been able to translate his unique noise onto the live stage and he will be heading out on a UK tour before the end of the year supporting the release of his forthcoming single.