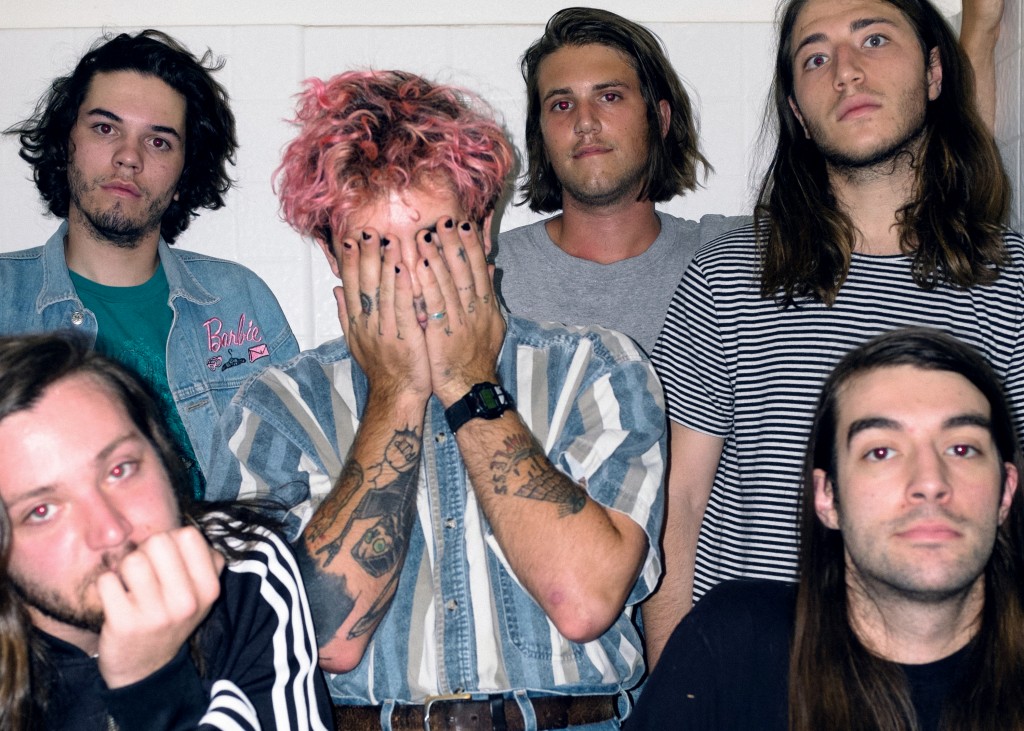 On Tour with The Neighbourhood & Bad Suns

“As soon as the beat begins it feels like the sun is shining brighter than ever” Pigeons & Planes
“HUNNY seem to have struck upon something special” – Clash
“It’s swaggering, dark, and infectious – they can’t help but fire off massive hooks left, right, and centre” – The Line of Best Fit
LA indie/post-punk rockers HUNNY release debut EP PAIN/ACHE/LOVING today (10/9) on B3SCI Records.

The Southern California six piece made a name for themselves this year releasing their first single “Cry for Me” which was met with universal acclaim gaining more than 800,000 plays since it’s premiere and charting the Top “Most Popular Tracks” on Hype Machine.

Support for the band quickly translated into Zane Lowe and BEATS 1 jumping on board, as well as tastemakers such as Pigeons & Planes, The Line of Best Fit, The Music Ninja, Wild Honey Pie and The Burning Ear.

HUNNY began as a solo effort from front man/lead guitarist Jason Yarger who brought the music to his long time collaborators Jake Goldstein on guitar and bassist Gregory Horne who helped cultivated the early sounds of the band. The project went on to include third guitarist Jacob Munk, keyboardist Kevin Grimmett and drummer Joey Anderson who rounded out the outfit and established the unique blend of pop & 80’s post punk.

Their debut EP “Pain/Ache/Loving” was done with producer Eric Palmquist (Bad Suns, Trash Talk) where the band channels a wide array of influences, blending post-punk tendencies with their love for classic artists like Prince and The Cure. The result is a lovelorn themed EP that paints a colorful picture of heartbreak and frustration through angst driven anthems.

HUNNY are on tour throughout October supporting The Neighbourhood and Bad Suns starting in Albuquerque, NM and wrapping up at the Cosmopolitan in Las Vegas!