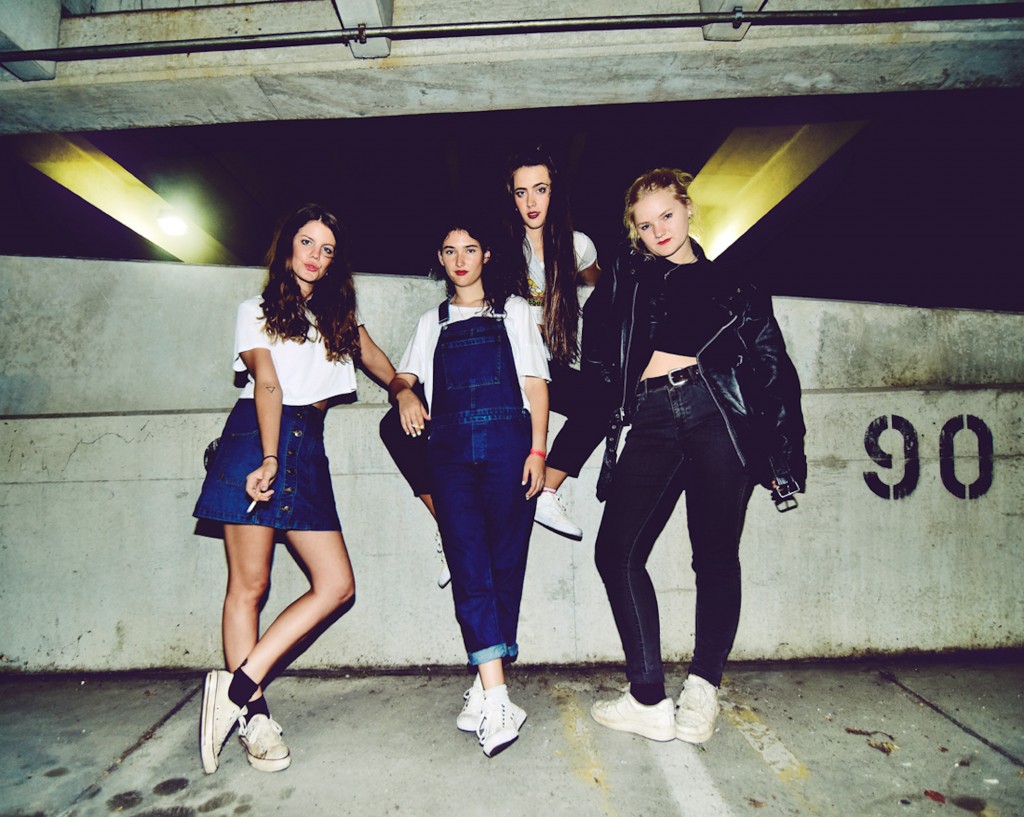 Hinds today unveil the official video for their current single, and album opener, “Garden” as premiered on i-D. Directed by Pedro Martin-Calero, and filmed in Madrid, the video was inspired by French New Wave pioneer Jean-Luc Godardand his 1965 feature film Pierrot Le Fou.  The story of a young couple “trying to get away to nowhere”, it features all members of the band playing the same character, with a strong use of colour and experimental imagery the video is surreal and surprising.  In the band’s own words:

“Garden is the first track of our album. It is our favourite song and we say it proudly.
This is the first time we got to choose the director of a music video ourselves, so it was an honour when Pedro Martin-Calero said yes. He is a genius and we did everything he wanted – except for the chicken, that was a thing we begged for haha”

“Garden” is another gorgeously compact slice of ramshackle indie pop, which premiered last month on BBC Radio 1 with Huw Stephens and is currently play-listed at 6Music. The debut album, Leave Me Alone, out 8th Jan 2016, also includes recent #1 Hype Machine single “Chili Town.” and you can pre-order the album now via iTunes, direct from the band or via Rough Trade.

Since bursting onto the Madrid DIY scene last summer, Hinds – Ana Perrote, Carlotta Cosials, Ade Martin and Amber Grimbergen – have mastered a raw and playful sound all their own. With just a handful of released singles under their belt,Hinds have already earned early support from BBC Radio 1, BBC 6Music, NME, Guardian, Beats 1, Pitchfork, Rolling Stone, The FADER, Gorilla vs. Bear, and many more. Now with their eagerly awaited debut on the horizon, Hinds are firmly establishing themselves as one of the most exciting emerging acts of the year and show no sign of slowing down.

The band will also be touring heavily in support of Leave Me Alone, and you can find the newly announced European tour dates below.