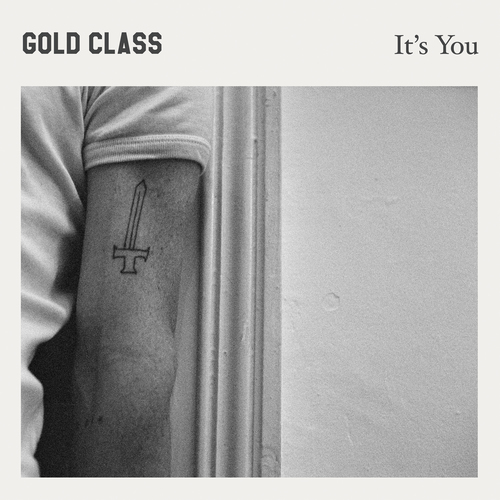 “Gold Class come off as an aggressive post-punk version of The Smiths thanks to singer Adam Curley’s deep, lingering vocals.” – Stereogum

It’s You is the stunning new album from Australian newcomers Gold Class, which has already received plaudits at home and in the States. Characterised by attacking rhythms, bristling garage guitar lines and the deep vibrato of singer Adam Curley, the record sees political protest meeting Australian kosmische; proud perversion rubs against lo-fi jangle, and outsider longings become rallying choruses as Gold Class play out the push-and-pull of their first album’s title.
Flood Magazine premiered the band’s new video for “Bite Down” this week, which is also available to share via YouTube. They said, “There are antecedents to the Melbourne group’s sound—a hit from Jawbreaker’s dark and urgent root, a few drops from Joy Division’s perpetually gathered clouds—but it’s more in the mood of the song than in its distinct elements.”

Stereogum wrote that, “Australia’s Gold Class plays like a brilliant post-punk compendium — the jagged yet chiming guitars of Jawbox and Fugazi, the lockstep rhythm section and dreary climes of Gang Of Four and Joy Division, a quavering bellow that bridges the gap between Morrissey and Glenn Danzig. You could throw dozens more references out and most of them would fit; these guys seem to have swallowed up an entire genre’s worth of history and ended up titans of the form.”

The summer, the band shared their new single “Furlong” with Self Titled Magazine. The band’s frontman Adam Curley told them that, “Lyrically, the song kind of formed around the line “bad from the neck down”, which I carried around in my head for a while while we were writing it.” He adds “It’s about always feeling as if you have to improve yourself, about misguided good intentions-having them and then fucking them up because you can’t stick to them. We didn’t really know what to make of it when we wrote it, or where it fit in the set. It’s a bit of an island, that song. People always comment on it at shows, and then ask if it’s about ‘Terminator 2.'”

There are few voices of meaningful dissent left in rock music. Even fewer play with the savagery, subtlety and melody of Melbourne-based newcomers Gold Class. Armed with only a handful of songs, Gold Class quickly drew heads to their live shows when they appeared mid-2014, just a couple of months after getting together.