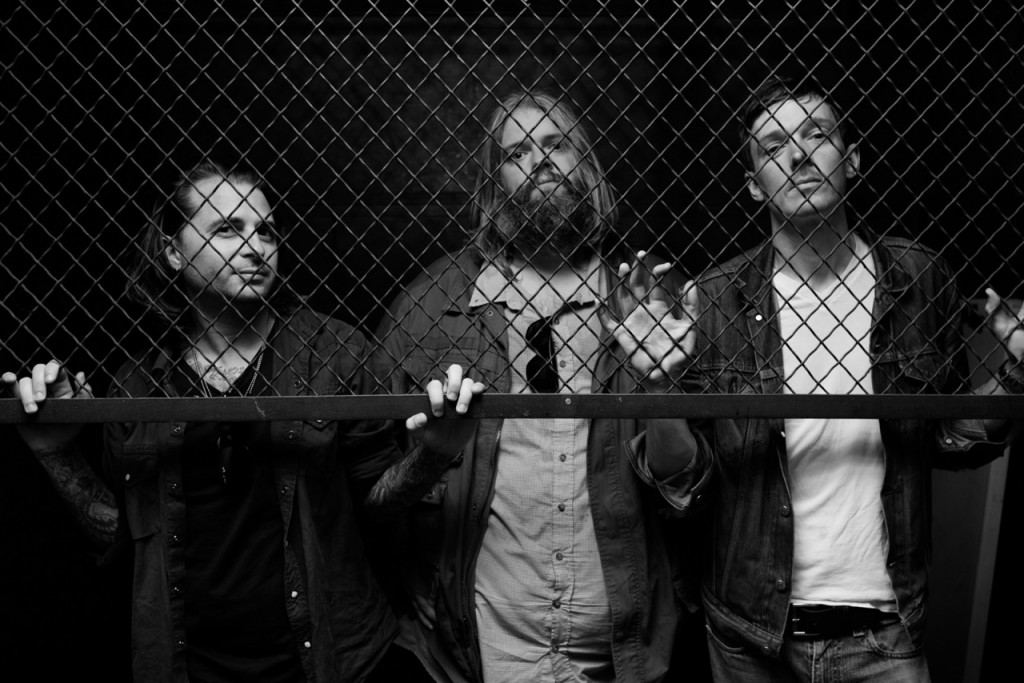 Washington, DC’s political punk history is long and storied, but the city has much more to offer than just nostalgia and documentaries. The city’s current scene is diverse and flourishing, and at the forefront of these bands is Free Children of Earth with their new full length, Terminal Stasis, due out November 20th via Cricket Cemetery Records.

Featuring members of Trial By Fire, Darkest Hour, The Explosion, and Majority Rule, Free Children of Earth (formerly known as Beasts of No Nation) are a force to be reckoned with in aggressive music. Terminal Stasis is a concise ten tracks of explosive punk and hardcore, fueled by the highly politically but intensely human lyrics of vocalist/guitarist Jason Yawn.

To celebrate the announcement of Terminal Stasis, New Noise Magazine has premiered the album’s blistering first track “No Broken Circles.” A blast of hardcore punk fury that absolutely demands the attention of the listener.

Listen to “No Broken Circles” via New Noise Magazine:
http://newnoisemagazine.com/exclusive-stream-free-children-of-earth-no-broken-circles/

Formed in 2008 and featuring Jason Yawn of Trial By Fire on guitar and vocals, Mike Schleibaum of Darkest Hour on guitar, Kevin Lamiell of Majority Rule and Ancient Sky on bass, and Andrew Black of The Explosion on drums, Free Children of Earth are a punk rock force to be reckoned with. However, despite the lineup’s impressive resume and having been forged in Washington DC’s longstanding tradition of politically aware punk and hardcore, Free Children of Earth are far from nostalgic. With their upcoming full length,Terminal Stasis, the band seeks to ignite punk rock’s rage at injustice, and make it clear that their hometown has more to offer than just documentaries about the good old days.

After several releases (under their former moniker, Beasts of No Nation), including a 7”, a split with LTW, and their debut LP, Now More Than Ever, the band has teamed with up-and-coming DC label, Cricket Cemetery Records, to release Terminal Stasis. The album is an indictment of the corruption deep within the core of the United States, set to a pummeling mix of punk and hardcore. The lyrical content of Terminal Stasis pulls no punches, tearing down everything from the genocidal roots of America’s founding, to the environmental exhaustion invited by corporate greed. Singer/guitarist Jason Yawn said, “I’m simply writing about what I see in the world. The lyrics aren’t slogans, they’re not providing any answers, but they are suggesting the value in caring about the world around you and finding your own place in the picture. They’re about asking questions and meeting the challenges that the moment demands.”

Sonically, Free Children of Earth are a venomous explosion of thunderous drums, thick bass, and razor-sharp guitar riffs. The band harness influences ranging from Black Flag and Bad Brains, to MC5 and The Jesus Lizard, and twist them into a monster that’s all their own. The band opted to record Terminal Stasis live at Studio V with producer Ben Green (Fairweather), perfectly capturing their raw energy. While their sound isn’t easy to put in a box, the band is better for it, with elements present for all fans of energetic heavy music to enjoy. Terminal Stasis is a raw nerve turned up until the knob breaks off.

Part labor of love, part political mission, part raging punk rock, Free Children of Earth are the rare band that is not afraid to be on the attack, one that demands the attention of the listener and won’t settle for less. For Free Children of Earth, rebellion is not a posture or a commodity, it’s a necessity, a tool to be used to tear down what’s broken and build something better. Terminal Stasis is another such tool, musically and lyrically cutting, striving for something more than the insidiousness of indifference in politics, music, and our day-to-day lives, and shaking things up, one song at a time.