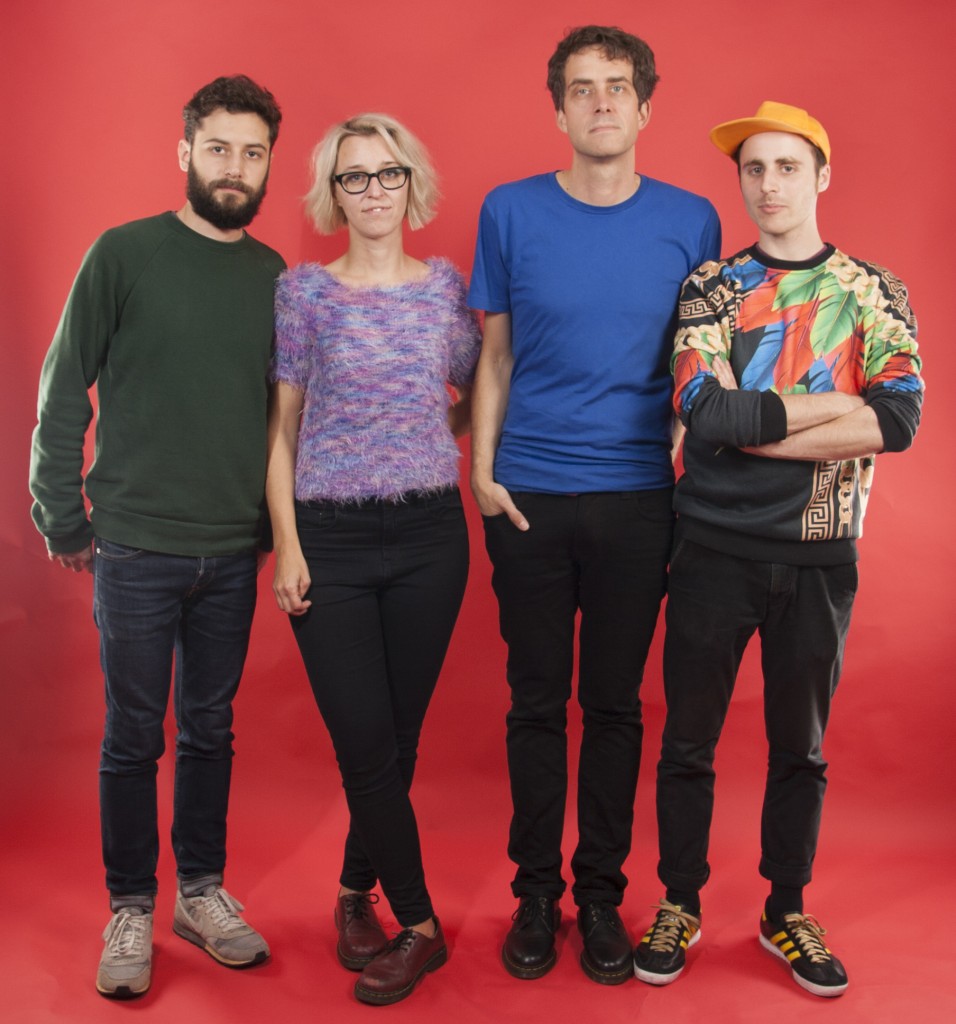 Chorusgirl
Reveal “Dream on Baby Blue”
Taken from their self-titled debut album out on 13 November via Fortuna POP!
Announce UK Tour Dates
The release of Chorusgirl‘s thrilling eponymous debut album is just around the corner, 13 November via Fortuna POP!  To celebreate, the band reveal the track “Dream on Baby Blue” this week, which songwriter Silvi Wersing explains as being; “mostly about feeling powerless and small and the demands that others make on you to speak up, but that there can also be beauty and dignity in silence if you just stay who you are.”
Formed in London, Chorusgirl is the brainchild of German songwriter, singer and rhythm guitarist Silvi Wersing. Blending the shimmering dreaminess of 4AD bands like Lush, the noir pop of The Cure and the bittersweet electricity of The Breeders, the ten songs on the album sparkle with melody and pop nous but are stealthily subverted by something darker.
The band are due to hit the road for a series of dates in the UK including a launch party atLondon’s Victoria in Dalston on 18 November, plus dates with The Black Tambourines, Dignan Porch and The Spook School.
After several years playing in bands that either split up or fizzled out, fed up with being someone else’s bassist and feeling like the eternal chorus girl to other people’s dreams, Silvi Wersing decided to strike out on her own. Naming her own band with a heavy dose of irony, she recruited Udo Westhoff (bass), Michael Boyle (drums) and Diogo Oliveira (lead guitar) to flesh out the demos she had made on her laptop, polishing the recordings to a hi-fi sheen in Bear Cave Studios in Cologne.Dig beneath the surface of the perfect pop songs on Chorusgirl and you’ll find heavy lyrics about saying goodbye, giving up, grief, alienation and loneliness. It’s all deliberately coded though, shrouded in the metaphysical poetry that Silvi does so well. As she explains,“Most things in life are complex, so lyrics should be too. I like subversion and the non-obvious. Like the best kind of horror films.”

Save The Date: The Who – Writer’s Literary Event Saturday 21st November – London