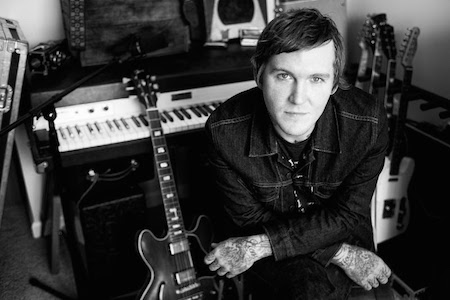 Brian Fallon has announced plans for his hugely anticipated debut solo album. Painkillers is set to arrive in early 2016 via Island Records in the United States and Virgin/ EMI in the United Kingdom.

Painkillers will mark the first solo album from Fallon, known far and wide as singer/guitarist of the one and only Gaslight Anthem, as well as such acclaimed outfits as The Horrible Crowes and Molly & The Zombies. The album will be recorded later this year in Nashville, TN, in collaboration with Butch Walker (Taylor Swift, Frank Turner, Keith Urban).

“I’m overjoyed to be making this solo record,” says Fallon. “And I can’t wait to go out on the road with the new songs I have as well as to get to play the Elsie album live again!”

Fallon will herald Painkillers with a select series of 2016 live dates, accompanied by a stellar combo comprised of The Gaslight Anthem guitarist Alex Rosamilia, The Horrible Crowes’ Ian Perkins and Molly & The Zombies bassist Catherine Popper (Jack White, Ryan Adams & The Cardinals, Willie Nelson), among other special performers. The shows get underway Thursday, January 7th at Portland, ME’s Port City Music Hall and then continue through the month. Additional live dates will be announced soon, including a full-scale world tour following the album’s release.

The Gaslight Anthem announced plans this summer to go on an indefinite hiatus following a massively successful European tour that culminated in a remarkable headline show at London’s Shepherds Bush Empire and emotional appearances at the UK’s legendary Reading & Leeds Festival. Get Hurt, the band’s widely acclaimed fifth studio album, made an explosive #4 arrival on the Official UK Album Charts as well as the SoundScan/Billboard 200 upon its 2014 release.

Additional dates to be announced soon

The Flaming Lips share video for “How Many Times” – New Album “King’s Mouth”, out now on Bella Union