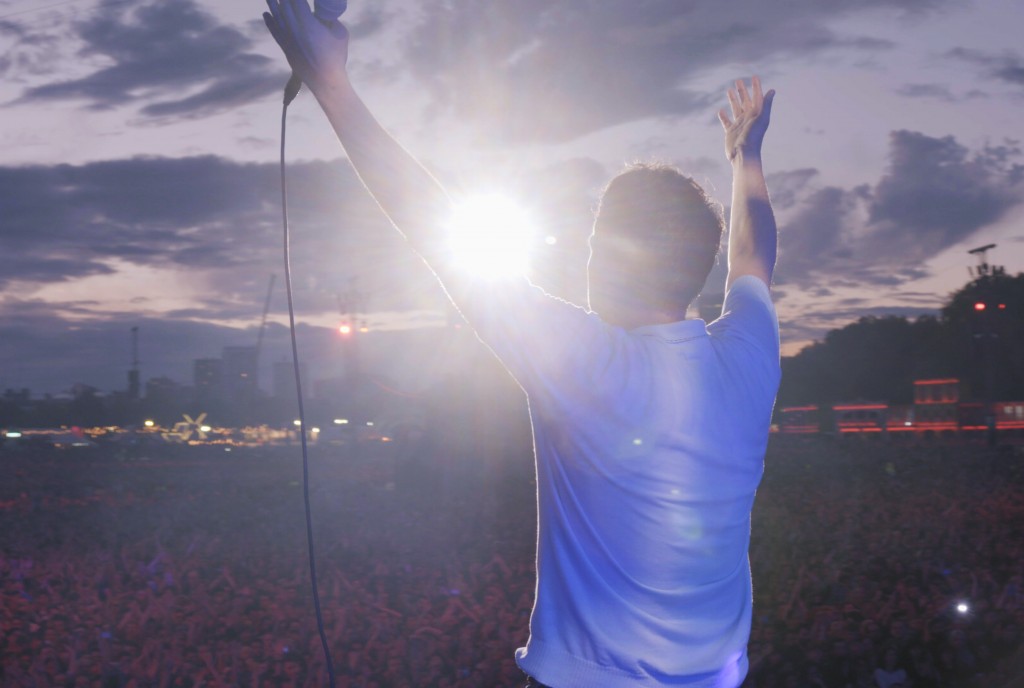 From Hong Kong to Hyde Park and back

Relaying a rousing story of unfinished business, creative spontaneity and enduring friendship and set against the backdrop of two brilliant live performances, New World Towers, a new documentary film on Blur, will be released December 2nd at selected Picturehouse, Odeon, Cineworld and Vue cinemas at cities around the UK including London, Manchester, Birmingham, Liverpool and Edinburgh. An international release is also planned, with more dates to follow shortly.

The film charts the iconic British band’s sprawling journey over the last few years – from an unexpected break in Hong Kong which sowed the seeds for their first album as a four piece in 16 years, to a glorious home coming show in London and, finally, an emotional reunion with their Hong Kong audience.

New World Towers cuts between scenes from the band’s impassioned performance at this summer’s Hyde Park show in front of 60,000 fans and the stirring concert in Hong Kong, but also offers a raw, candid glimpse into the interior life of the band as well, with personal documentary footage and band interviews showing just how an opportune recording session unexpectedly gave birth to a new album, while also raising questions about the future of Blur. New World Towers reveals fascinating insights into the group dynamic and especially the relationship between singer Damon Albarn and guitarist Graham Coxon. Ultimately, their enduring friendship prevailed – allowing Coxon to bring the album to completion nearly 18 months later.

Featuring stunning live material with previously uncaptured songs alongside intimate moments following the band in the studio, New World Towers isn’t just a chance to witness a band at the very height of their powers, but also a rare opportunity to see the members at their most candid, as they reflect on their success and speculate about their future.

Blur also wrap up a triumphant 2015 with a pair of massive North American shows this month, playing the legendary Hollywood Bowl on October 20th and Madison Square Garden on October 23rd.

For more information go to: www.blur.co.uk