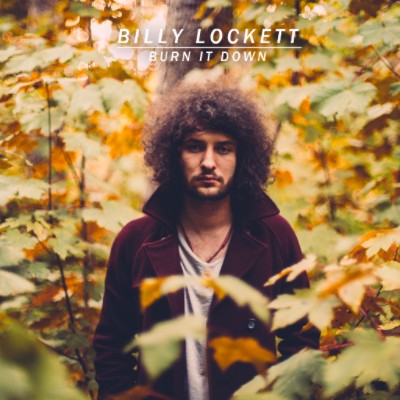 Northampton singer/songwriter Billy Lockett has announced his stirring new track ‘Burn It Down’. The single is the title track of his upcoming EP released on November 13th through Selfish Records.

Lead by rich luscious keys, Billy Lockett puts his heart on the line in a brutally honest reflection on relationships. “Sometimes it’s good to forget the past,” croons Billy in his irresistible, hushed vocals on this delectable first taste of the brand new EP.

Billy Lockett is riding the success of a phenomenal 18 months, which featured three separate sold-out headline tours of the UK, support slots for the likes of Lana Del Rey, Nina Nesbitt and Birdy and support from Radio 1 and XFM for his previous singles, ‘Old Man’ and ‘Never Let You Go’. He also celebrated the Old Man EP hitting the Top 5 of the iTunes singer/songwriter chart and going Top 40 in the main chart, becoming the only unsigned artist in the Top 100 that week in the UK Top 40.

Billy has spent the last eight months working hard on the songs he wants to take forward and with the release of ‘Burn It Down’, he is setting the stage for the release of his debut album in 2016.

Billy returns to the Zermatt Unplugged Festival, Zurich on October 23rd as a major headliner following his sold-out intimate show there last year. UK live dates surrounding the release of the Burn It Down EP will be announced very shortly.

“A beautiful elegiac singer/songwriter” – The Telegraph