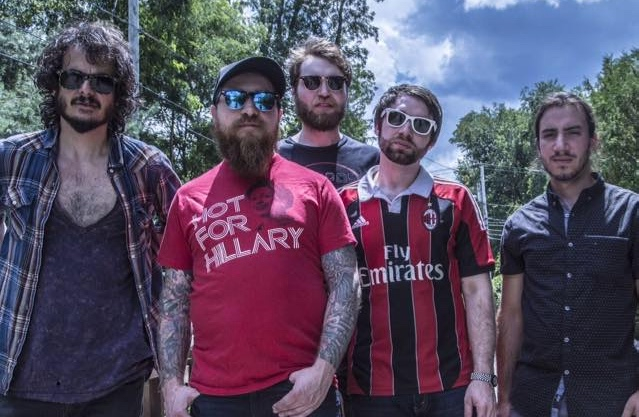 “Veronica” EP Due out October 23rd on Tor Johnson Records

Boston’s Aneurysm are sharing the premiere of “Veronica,” the title track from their upcoming EP of the same name. SPIN premiered the noise punk onslaught today, with a ringing endorsement, “sickly feedback and squelched vocals, this new cut does a solid approximation of the Jesus Lizard’s seediness, but with a muscular locomotion that’d make the current Toronto scuzz-punks in Metz proud.” The Veronica 7″ single is due out October 23rd via the band’s new label home, Tor Johnson Records.

“Veronica” finds Aneurysm (feat. members of defunct hardcore band The_Network) at their filthiest, trading in the grunge sound of their debut for something more menacing and depraved. The band blend post-hardcore, punk, and noise rock together for an aggressive assault complemented by a catchy hook and a crushing rhythmic intensity. Since the release of Stop This Ride, the band’s debut EP just this past August, the band have been buzzing in the punk/noise and post-hardcore circles throughout the summer thanks to features with Noisey and Brooklyn Vegan as well as opening slots for Algiers and Dark Blue. Luckily for us, Aneurysm aren’t showing any signs of slowing down and they’re only getting better. A lot better… and fast.

Discussing the single, SPIN affirmed, “What separates them from their heavy forebears and cleaned-up contemporaries is the delicate balance they strike between melody and chaos, a striking combo that’ll stop you in your tracks as effectively as a heart attack.”
STREAM ANEURYSM’S “VERONICA” VIA SPIN:
http://www.spin.com/2015/10/aneurysm-veronica-premiere-stream/
Upcoming Shows:

Aneurysm’s most recent recording session with Will Killingsworth, produced a pair of 7” EPs, one to be released via Tor Johnson Records (Providence, RI) and one released through the band’s own label, Puritan Candy. Hot on the heels of these releases, the band is playing across New England and building a dedicated fan base. They’re headed to Zippah Studios this Fall to record with producer Brian Charles of The Sheila Divine.