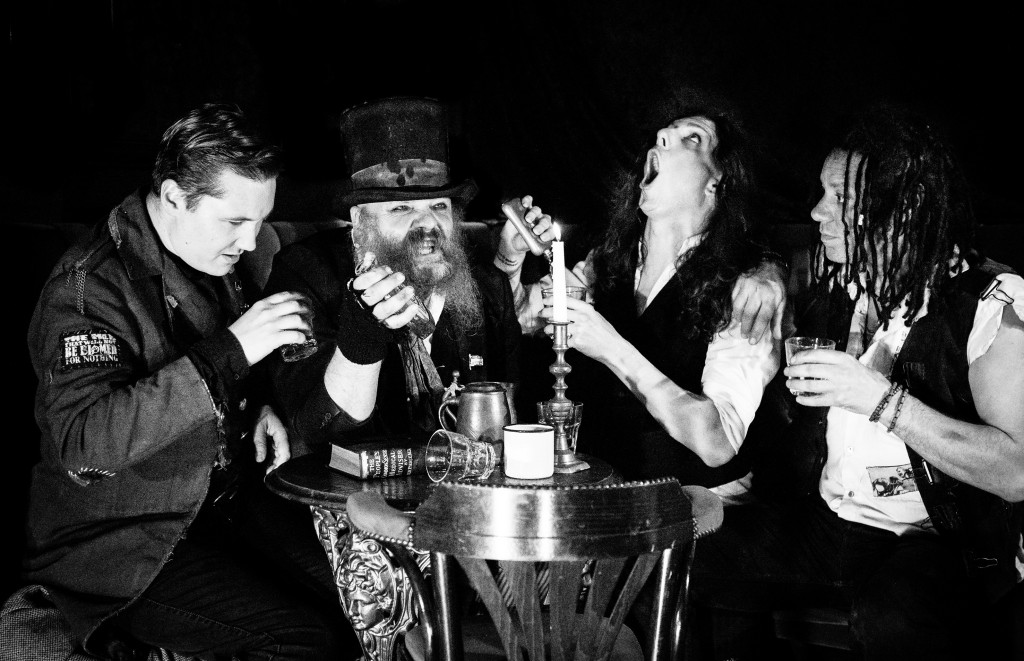 For fans of: Tom Waits, The Cure, Minor Threat, Emperor
The Men That Will Not Be Blamed For Nothing have announced their first full UK Tour to celebrate their forthcoming album, Not Your Typical Victorians.

To get a taste of what you can expect from one of their live shows you can listen to album title track ‘Not Your Typical Victorian’ on the band’s SoundCloud page. Pre-order the album on BandCamp to download the track for free.

Following the album’s sold out launch show at Camden’s Barfly on 9th September, the four piece will be heading to the Isle Of Wight to rile up the crowd at Bestival before going into full tour mode in November.

Tickets are available via the band’s official website and you can check out the full list of dates below:

Formed of Andy Heintz (vocals and musical saw), comedian Andrew O’Neill (guitar and vocals), comedian and writer Marc Burrows (bass and vocals), and Jez Miller (drums and vocals), the London four piece’s obsession with murky Victoriana and a flair for writing satirical songs that lose none of their punk edge has seen them grace the stages of Glastonbury, Secret Garden Party, Bestival, Green Man, Latitude and the Edinburgh Fringe, as well as sold out shows at London’s Borderline and The Garage.

The band count Neil Gaiman, Alan Moore, Robert Rankin and Phil Jupitus as fans and their 2012 release The Men That Will Not Be Blamed For Nothing Cannot Be Killed By Conventional Weapons had The Independent On Sunday’s Simon Price giving it a well deserved 4 star review noting it was “packed with droll Victoriana – 1877-meets-1977 fun”.

Not Your Typical Victorians is released via Leather Apron on 16th October 2015. You can pre-order the album on BandCamp.