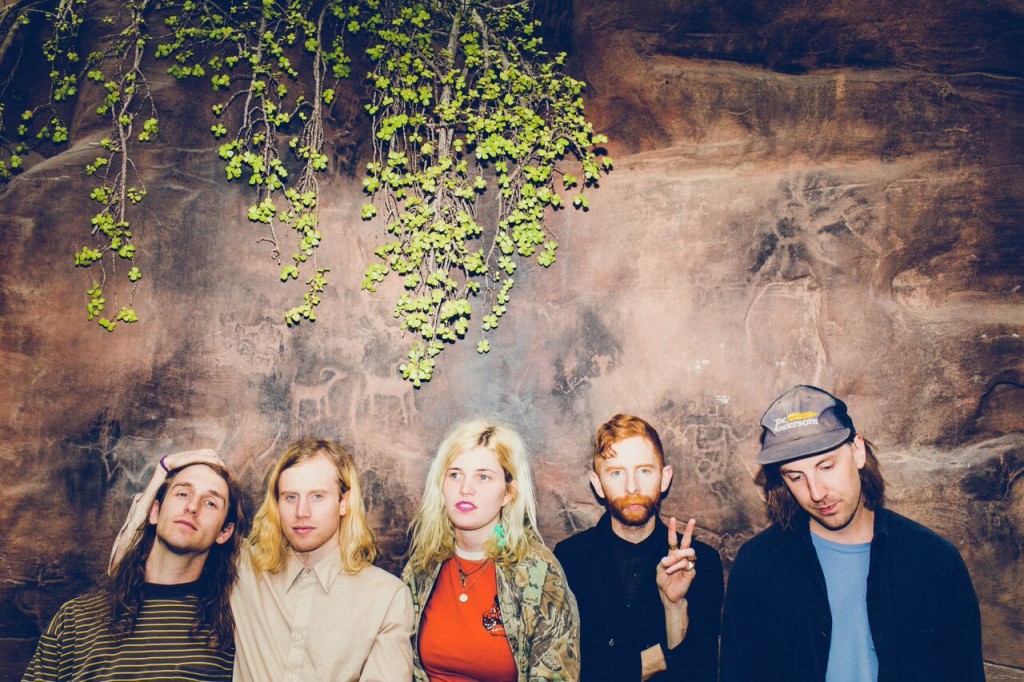 Saintseneca’s anticipated new album Such Things delivers the band’s most accessible and catchy work to date. In anticipation of the record’s October 9th release, you can now preview the track “River”.  The song is a fuzzed out merging of propulsive seventies rock with the raw emotion of folk and sonic adventuresome of modern indie rock.

As the band’s vocalist and songwriter Zac Little explains, “” River is a meditation on the transience of all things, delivered via fuzzed out jam. An object is an event – rather than a substance. Perhaps the stuff that is us condenses for a moment, but eventually it all drains away, blurs together, and dissolves into one grand holy cosmic ocean. I wanted to write a pop song about that, and nod to the riffy greatness of Creedence Clearwater Revival. “

Such Things is the follow up to the band’s critically headed album Dark Arc, which Rolling Stone proclaimed a “gem” and American Songwriter wrote, “The wall of sound juxtaposed with Little’s vocals is the band’s signature sound. It’s as if Conor Oberst was fronting Arcade Fire.”

Moving away from Dark Arc’s more linear feel, on Such Things Little sought even higher ground for the new songs, incorporating the synapses and charges of his fellow band members. “I was pushing myself with Such Things to try to explore the pop motif further, to try to use and bend that formula of having a groove, a beat, locking in and using that as scaffolding to build a song,” he says. “And even though it oftentimes might seem like this singular vision, at the core my creative strategy for the band is one that inherently involves other people. I think the best work I’ll make involves working that way.”

Those disparate pieces and parts have come together, like so many molecules, to form a solid rock object called Such Things. You can hold it in your hands and hear it in your head, this culmination of tiny, beautiful moments and fluctuations of energy and information, compressed and etched into an LP sleeve and eternity and all tied up in a rock and roll record.