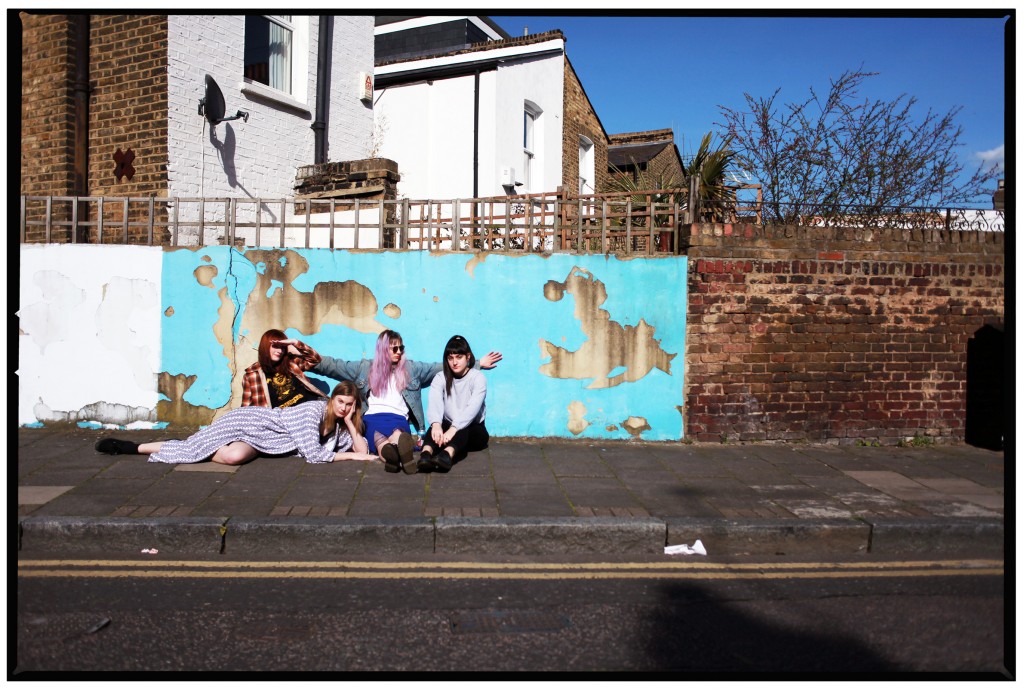 Shows with Priests and Joanna Gruesome this month

Having released their self-titled debut EP on La Vida Es Un Mus last summer, part-time punks PRIMETIME are back with new tales of disorder and repudiation from the streets of London. Recorded by Lindsay Corstorphine of Sauna Youth/Primitive Parts, “Anyway” is an energetic ode to letting go and gleefully losing your mind. Listen below…
PRIMETIME, spell it one word, not two. Unlike their name, this London based four piece never stick to one thing but a multitude of noise, voices and musings. Driven by off kilter chords, booming drums and bellowing English accents the PRIMETIME sound harkens back to the era of music that bore The Raincoats and The Slits, retaining the same sense of individuality and DIY spirit that those groups portrayed.
Fearless to have fun making a mess, PRIMETIME are a band searching for splendour in the grit and urging listeners to do the same. As Sean Forbes of Rough Trade exclaims “You can’t help but fall in love with this band after just one listen.”