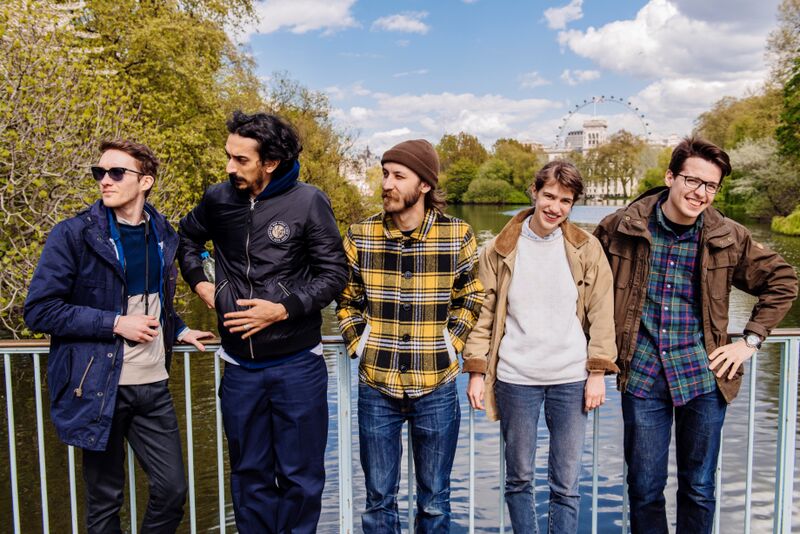 Out on Club AC30 on October 2nd

·         “A quiet riot of ethereal vocals and lustrous guitars. Pinkshinyultrablast a valid insight into young modern Russia via the early-90s Thames Valley.” – Guardian

·         “A complex but sumptuous confluence of mathy basslines and waves of melodic ecstasy.” – Q

Hot on the success of their debut album ‘Everything Else Matters’ Pinkshinyultrablast, a five-piece band from Saint-Petersburg in Russia, are set to release a new single, ‘Kiddy Pool Dreams’ on 2nd October on Club AC30.

The band take their name from an Astrobrite album, an act who were, according to the band, instrumental in how they “researched spaces between ambient, heavy guitar and pop music” .The spaces are what stand out, the production creates a dream-like affair, while space to breathe and reflect on the beauty of the music is accommodated. There is sparseness to the album that in turn gives spaciousness, even expansiveness.

‘Kiddie Pool Dreams is indicative of a forthcoming album full of even more melodic gems and shimmering shoegaze – euphoric with spectral guitars, its sharp edged pop has a radiant charm.

To celebrate the release of ‘Kiddy Pool Dreams’ the band will be embarking on a full UK tour on the dates below.