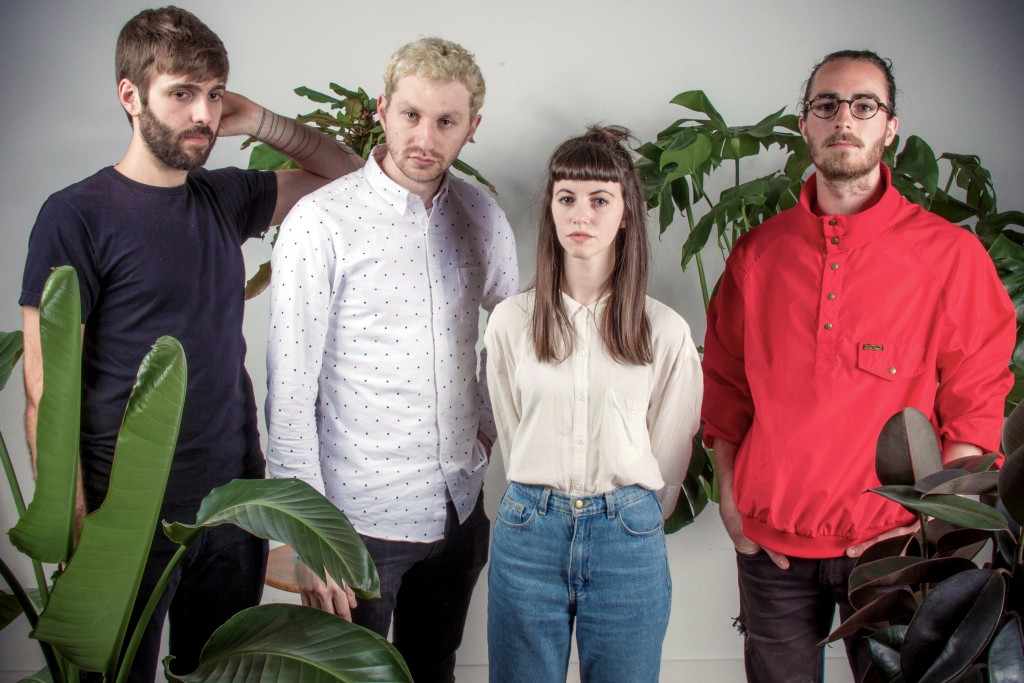 Debut EP “Puzzlephonics I” Due out October 9th

Operator are sharing their debut single, “I, Banana” this week via FLOOD Magazine. The Brooklyn based quartet, led by Dara Hirsch (1989 Recordings) and Jared Hiller (Shark? / L0rez Effects), specialize in motorik rhythms and interlocking analog synth grooves that burrow their way into your consciousness. Blending elements of noise pop, krautrock, dreamy indie rock, and shoegaze, Operator have quickly built a name for themselves thanks to their hypnotic live show. Since forming earlier this year, the band have been busy with local shows having already shared the stage with Ava Luna, Leapling, Gemma, Doubting Thomas Cruise Control, Adveata, Baked, and more. Among the continuous whirlwind of upcoming shows, Operator are set to open for Stereolab’s Laetitia Sadier and Deradorrian at Baby’s All Right on September 11th, a perfect pairing for the up-and-coming band.

Operator will self release their debut EP, Puzzlephonics I on October 9th. The sets first single, “I, Banana” is an incredible swirling journey of indie psych with hypnotic rhythms and big blistering guitars that immediately cut through the driving krautrock inspired beat. Operator is the real deal, a motorik band with a sincere focus on tone, electronic circuitry, and composition. With effect pedals made by the band’s own Jared Hiller (L0/rez Effects) and production handled by the band’s Dara Hirsch (one half of production duo 1989 Recordings), the attention to detail is incredible and everything fits perfectly into place.

Speaking about the track, FLOOD Magazine offered, “a sophisticated machine, engineered to turn on  a dime without losing momentum. The group chug on a motorik pulse reminiscent of Deerhunter circa “Nothing Ever Happened” before shifting gracefully to a chorus that sounds like Stereolab at their most languid—all before they finally open the throttle and blur through the song’s final minute in a flash of distortion and dissonance.”

Pulling inspiration from artists such as Stereolab and Beak>, Operator’s sound is marked by warbling analogue synthesizers, driving motorik beats and waves of feedback noise. What ultimately defines their sound is their aesthetic malleability, the weaving of influences from krautrock to art pop to electronic minimalism, all while never appearing too serious, or too silly. The initial concept was born from the collective minds of Dara Hirsch (guitar/synth/vox) and Jared Hiller (guitar/synth/vox), but was not fully realized until Adrian Price-Whelan (bass), and Landen Griffith (drums) were recruited. The tracks off their first EP, Puzzlephonics I, were mixed by Hirsch (1989 Recordings) and displays Hiller’s (L0/rez Effects) innovative approach to electronic circuitry and textures. The cover art was designed by Griffith, who also acts as the band’s art director.