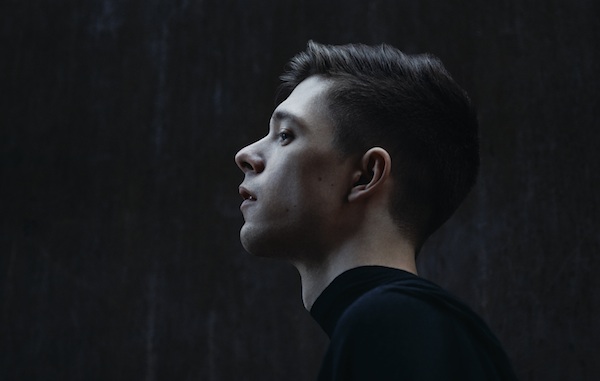 Intertwine is the musical brainchild of Norwegian artist and architect Tarjei Zakarias Ekelund. ‘Goraikoo’ is his debut album, scheduled for release November 6th on Brilliance Records. The record takes its name from a Japanese phrase for the “coming of light” – referring to the sunrise seen from the top of Mount Fuji. It’s an old Japanese custom to climb up the old volcano’s 3 776 meters at night. Upon reaching the top, the Japanese sit down to wait for the sunrise. The dark night is slowly torn apart by a spectacular blood red horizon, and finally, by the sun itself.

‘Goraikoo’ was largely written while Tarjei lived and studied in Tokyo, and as the title indicates, it is the end of a long walk in the dark. It’s an introverted and personal record, about loneliness and longing. Not the result of a strong vision, but rather a collection of fumbling footprints.

Located somewhere between pop and ambient, the record’s floating soundscape is largely produced by a rusty old cornet which Tarjei’s father, Bjørn, found amid the trash of a local marching band, many years ago. The ten tracks were recorded, mixed and produced by Tarjei in collaboration with band members Aleksander Berg and Ruben Nesse in a small cabin by the beach, just outside Larvik, Norway. They distilled countless sketches and ideas into ten songs that felt related by a kind of darkness: That kind of darkness that fills the air right before the sunrise.

Ultimately ‘Goraikoo’ is about liminal spaces: the spaces between loss and gain, dusk and dawn, light and dark, love and loneliness, confusion and understanding. Tarjei explores the boundaries between these binaries as the source of human emotion and enlightenment. By taking a Japanese concept and assimilating it into his life experiences in Tokyo and Norway, Tarjei set himself up to write an album about his own coming into being. His sincerity, his artistry, and his sensitivity are reflected and repackaged in an earnest and involving set of songs that, for all their reflectiveness, conceal a true joy: the joy of ‘Goraikoo’.

Ekelund’s sweet vocals and the soft cries, together with the softly undulating synths and rhythmic bass, provide such warm comfort that you could be forgiven for missing the song’s crushing message. Record Rewind Play

all heartbreaking pop with the fragile atmosphere touching an ecstatic ambiance while at the same time echoes on the fields of a stadium! Sound Injections

stunningly bright…hear Ekelund tinkering with abstract sounds in the margins and integrating them seamlessly into the main script. The Line of Best Fit

Intimate and introverted despite the expansiveness, this vast, ethereal track washes over you in waves of pastel ambience. As the tones continue to grow and expand, the invigorating atmosphere climbs with dreamy clarity. A satisfying and beautiful piece from Intertwine. Indie Shuffle