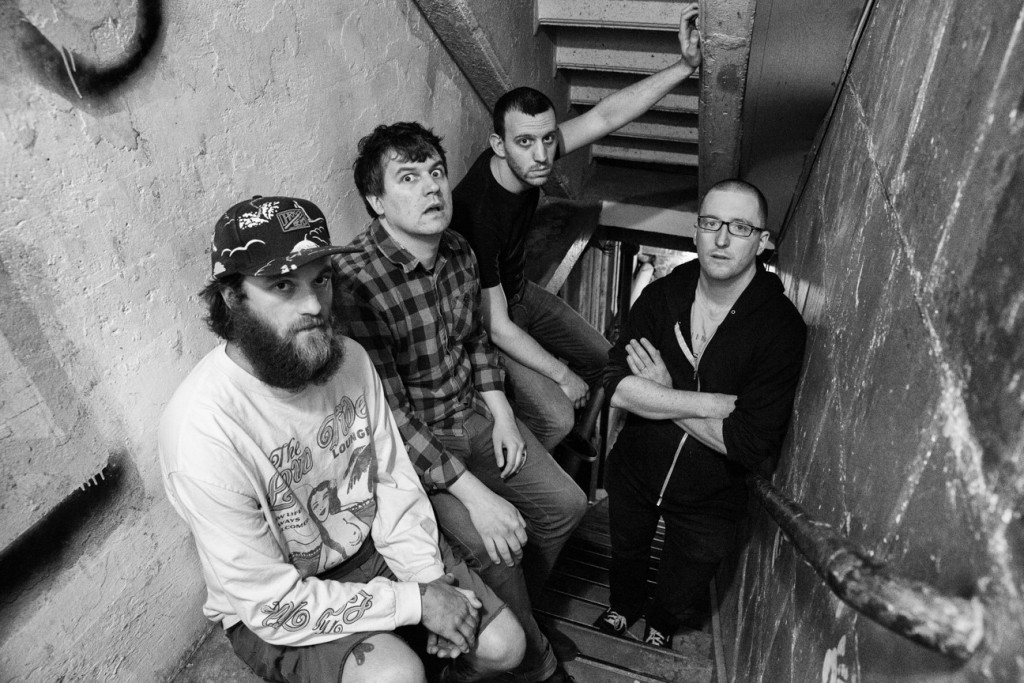 Mutiny at Muscle Beach Out October 2 via Fat Wreck Chords

New Jersey punks Night Birds released a new track, titled “Blank Eyes” off their upcoming Fat Wreck Chords debut Mutiny at Muscle Beach today via Nerdist.  Clocking in at under 2 minutes, “Blank Eyes” serves up exactly the sort of ADD-addled, surf-influenced punk rock the band have built their name on.  Don’t be deceived by the track’s brevity though, as on it singer Brian Gorsegner takes on his wife’s battle with postpartum depression shortly after the birth of their daughter.
Listen to “Blank Eyes”
“It came on quickly, and by the time I even realized there was a problem I was calling an ambulance in the middle of the night to take her to the hospital,” says Gorsegner of that time in their lives.  “We temporarily moved out of our home, and along with our one month old baby, moved in with some family while we waited to see if the doctor prescribed medication was going to work. Watching the person closest to me hurt so badly, to the point that she began spending hours researching mental health facilities to move into states away, and feeling like there’s not a damn thing I could do about it but sit and wait was a pretty terrifying thing.”

“I’ve always considered punk rock a bit therapeutic, but it took on a new meaning for me in this period of time. I found comfort in playing guitar and channeling gross, shitty feelings through writing songs more than I ever have. This is one of those songs.”

Mutiny at Muscle Beach, Night Bird’s third full-length and first for Fat Wreck Chords, was recorded at engineer Mitch Rackin’s Seaside Lounge Recording Studio in Brooklyn and produced by former Doc Hopper frontman Chris Pierce, who has previously worked with The Ergs!, The Measure [SA] and others.  Like their previous LPs, 2011’s The Other Side of Darkness and 2013’s Born to Die in Suburbia (both on Grave Mistake Records), Mutiny at Muscle Beach is chock full of pop culture references from Kids in the Hall to professional wrestling to Seinfeld to horror movies and was recorded analog, forcing each member to be as proficient as possible.  Cover art and tracklisting are below.

Night Birds will embark on a run of US tour dates this fall, including supporting Dillinger Four on several dates and can be seen below.