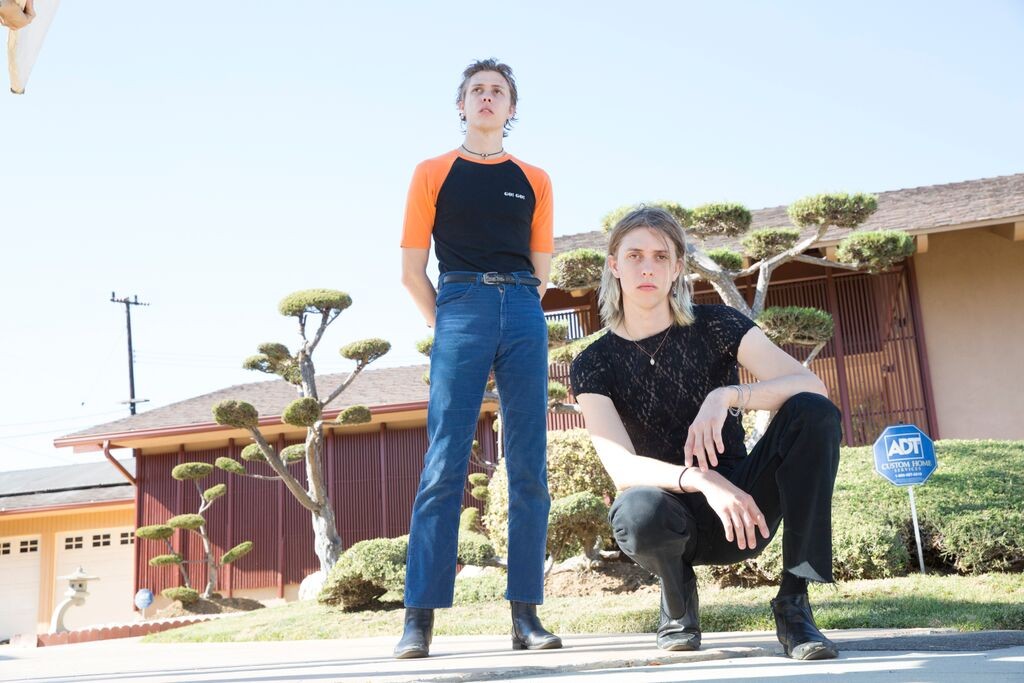 West Coast neo-punk twins, moonlighting models and provocateurs The Garden are set to release their debut album proper via Epitaph/Burger Records on October 9th, offering a glimpse into their breakbeat-propelled world of electro-punk anarchy.

The duo represent a youthful punk scene in California with their DIY principles, thrift store-cum-glam fashion style and a list of pick ’n’ mix influences that stretch far beyond The Minutemen. Their minimalist two-piece bass and drums essence is dirty, raw and immediate, with a visceral live element that saw them sell-out their first 2 headline runs in the UK – as well as supporting Warpaint across Europe. They strip off everything unnecessary about modern punk and get straight to the heart of it, consistently defying categorisation and breaking new ground with their ‘Vada Vada*’ philosophy.

Fact is, Wyatt and Fletcher Shears don’t give a shit what you think, they’ve been conceptualising their own style since well before the formation of the band in 2011. Together they are the auditory invaders of the new world; borderless, informed and decentralised. They be grindin’

* Vada-Vada: “an idea that represents pure creative expression, that disregards all previously made genres and ideals” – Wyatt Shears, 2015