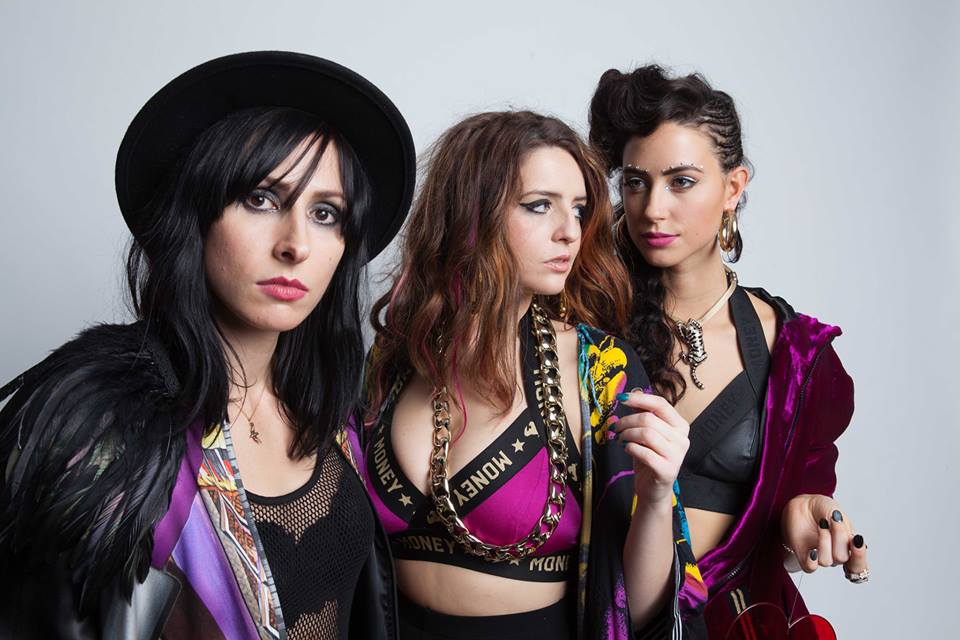 “Love Nor Money are vibrant, eye-catching and truly captivating.” Gigwise

“Love Nor Money don’t so much demand your attention, as dance in your face till you can’t ignore them. Which is clearly a great thing.” Matt Everitt, BBC 6 Music

Following their summer appearances at Glastonbury and T In The Park, Amazing Radio poll-winners LOVE NOR MONEY will release their new single on Lost In The Manor Records on 25th September. ‘Money’ is the follow-up to the trio’s enthusiastically received strum’n’bass epic, ‘Shake Me’, and will form part of the group’s debut EP, to be released on limited-edition vinyl and across all digital outlets.

A triptych of distinct but equally infectious melodic parts, ‘Money’ is a speaker-juddering neo-garage anthem about finding strength in what really matters: love rather than lucre, compassion over fear. From the honey-dripping guitar-and-vocal harmonies of its opening refrain through its deep 2-step drop, pitch-shifted samples and grunge-funk breaks, ‘Money’ offers an EP’s worth of glorious chorus hooks, while never losing its clear dancefloor focus. What was conceived as an acoustic lament for all those trampled by rampant capitalism was brilliantly flipped into a defiant midsummer party tune, albeit with a melancholic undertow, a reminder that choosing love takes bravery. So be bold, quit worrying about what you haven’t got, and sing it loud: “Fight harder, go higher child, love stronger/Fight harder, no hiding child, love longer”.

About Love Nor Money

Take three women (two of whom are sisters) – a soul singer, a professional dancer and an aficionado of the scuzzy six-string, and bond with a penchant for North London squat parties and a passion for vivid danceable pop. The result? Dynamic alt.rave three-piece LOVE NOR MONEY. As equally at home at warehouse parties as urban ballrooms, LNM’s scope is reflected in the breadth of artists they’ve been compared to, from Grace Jones to Radiohead, Rudimental to (yes, there are glimpses) The Spice Girls. Like Haim refurbished by The Prodigy, Sonic Youth gone reggaeton or Major Lazer in cahoots with The Slits, Love Nor Money exude a vibe that encompasses both old-skool garage and DIY guitar indie. Bess Cavendish (lead vocals), Jayna Cavendish (backing vocals, drums and dance) and Anna Tosh (guitar) have been drawing plaudits and punters for their aerobically intense and attention-grabbing live performances, Debut single, ‘Shake Me’, won the Amazing Radio audition poll, received abundant airplay stateside and caused such a stir in the blogosphere that its subsequent packed-out launch at London’s Sebright Arms was an unforgettable indication of the good times that will be coming Love Nor Money’s way. Join the party.