KIND; A new project from Black Pyramid, Elder, Roadsaw and Rozamov members | Stream ‘German For Lucy’ via The Obelisk‏ 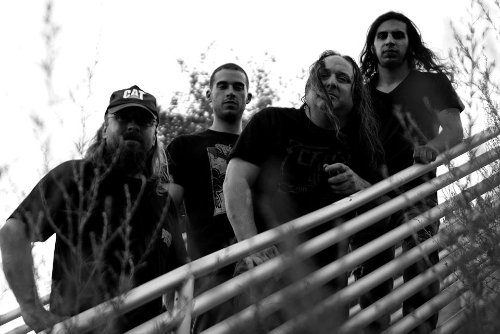 KIND; A new project from Elder, Black Pyramid, Roadsaw and Rozamov members | Stream ‘German For Lucy’ via The Obelisk

Out of the mind-bending riffs and extended jam sessions, whole songs began to take shape through winter rehearsals down in Couto’s freezing cold basement in 2104, where the newly formed quartet began laying down ideas for their soon to be released debut, Rocket Science, which officially lands this December on Ripple Music.

Shows were soon booked to share the tunes with the curious. Further riffs materialized, new songs banged into shape, and yet more shows confirmed, so keen were the band to test their mettle and mixture of heavy metal, psych, Krautrock and straight-up, classic rock and roll.

With four songs recorded at Mad Oak Studios serving as the band’s demo, in the spring of 2015, KIND entered New Alliance Studios with engineer Alec Rodriguez to record their first full-length, Rocket Science which will receive an official release this December on the California-based label Ripple Music.

More news will follow soon but in the meantime, head on over to The Obelisk now to hear new song ‘German For Lucy’ – http://theobelisk.net/obelisk/2015/08/27/kind-rocket-science-announce-premiere/