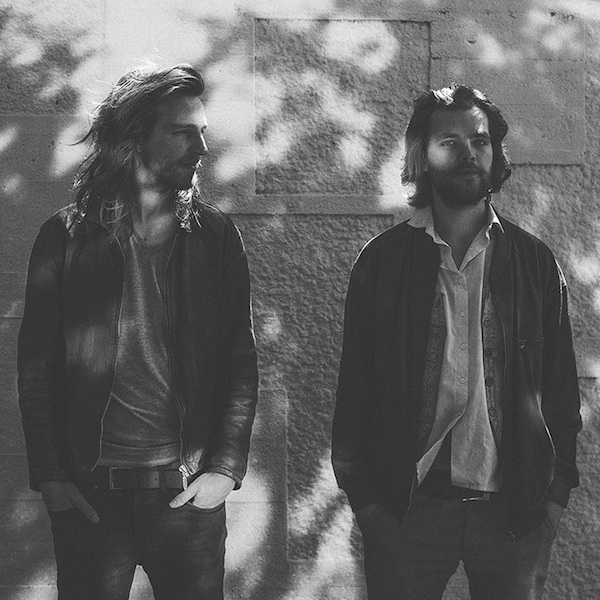 Stijn Hosman and Hessel Stuut are the production minds behind the exciting new live/electronica project Polynation. Based in Amsterdam, the duo fuse a sultry mix of drums and analog bass with techno tones, ambient notes and progressive world beats. Beyond the 5 very strong productions shared on debut EP ‘Allogamy’, Polynation is foremost a must-see live-act. Their set-up consists of acoustic drums and an abundance of analog gear, their goal when performing is to seek a musical conversation based on spontaneous interaction with the audience and improvisation via a dynamic live approach.

Polynation released their debut single ‘Dew’ on the XXV anniversary compilation of Atomnation in early 2015 and have kept the underground electronic dance scene up late and dancing ever since. In November, Polynation will release their debut EP, ‘Allogamy’ – a six-track EP that showcases superb sonic versatility – via Dutch rising label Atomnation (Applescal, Gidge, David Douglas, Sau Poler). The official EP’s debut offering ‘Why You‘ is a rich, vivid and uplifting synthetic bass jam that offers a cue to Caribou, Booka Shade and even the subtle abstract expressions of Tortoise.

One half of Polynation, Stijn Hosman, has a broad musical history – playing piano, creating music for films and art projects and having played several years as an electronic music producer and dj. Hessel Stuut’s musical background is mainly playing acoustic drums and composing music for art- installations and video. Fellow Atomnation label producer Olaf Stuut introduced the guys in 20014 – upon chatting, one phone call was all it took to get this project started. A lush musical canvas, influenced by live-acts likes Bonobo, Caribou, Nicolaas Jaar and Minilogue, defines the dialogue between the Polynation guys.

Whether it’s performing at international festivals like Amsterdam Dance Event, Incubate or Best Kept Secret, Djing at abandoned warehouse parties or playing live in venues throughout Europe, Polynation are sure to insight the kind of vibe that will have you cutting a rug wherever you may be.