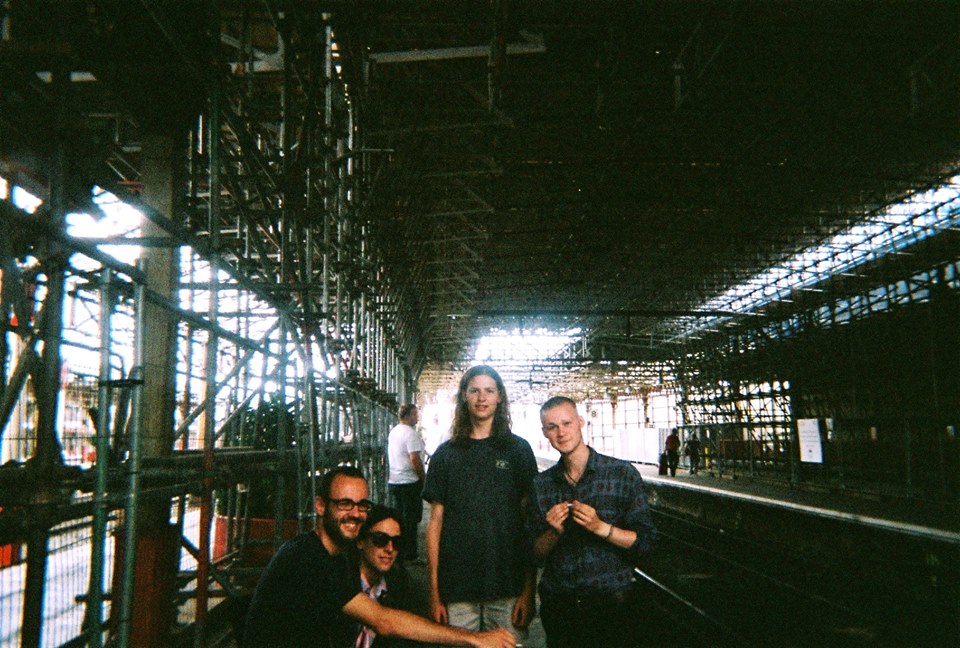 York-based sunny Brit-rockers, Bull are today releasing their new single, ‘Bonzo Please / Eugene’ for free download in celebration of the fact that they’ll be tearing up venues, and homes up and down the country over the coming weeks.
Bull, whose youngest member is 20, and the oldest 24 have been making a great name for themselves around Yorkshire over the last two years with notable performances at the county’s most notable festivals (Freedom, YO1, Galtres and more). Their 90s tinged alternative rock music recalls all the best, and most emotive, skyscraping riffs sounds coming from the likes of Pavement, Dinosaur Jr. and The Pixies, as well as the likes of Smashing Pumpkins and Wolf Alice.
Of both songs, vocalist Tom Beer comments: “I wrote both these songs one day last year when I was very bored and frustrated. The first (‘Eugene’) reflects my mood on the day. The second (‘Bonzo…’) is about not being able to write a song and more generally, how looking at other things for inspiration doesn’t help your own efforts.”
Tour dates are as follows:
OCTOBER
15 – Lerryn’s Bar, London (with Epilogues, Lake Michigan)
16 – The George Tavern, London (with Dogs of Riga)
17 – Mau Mau Bar, London (with Soap, The Wobbley Hearts)
22 – New Cross Inn, London (with CLUBBS, Snapped Ankles, Ghost Car)
28 – The Marwood, Brighton
Bull are:
Tom Beer (vocals, rhythm guitar), Rory Welbrock (vocals, bass), Dan Lucas (vocals, lead guitar), Louis Edge (drums)
For more information visit:
https://www.facebook.com/BullTheBand
https://soundcloud.com/bullyork