In Pictures: Surprise Attacks Presents 100 Onces, Steve Strong, The Broken Oak Duet, Aulos and A Werewolf! Live at The Firefly 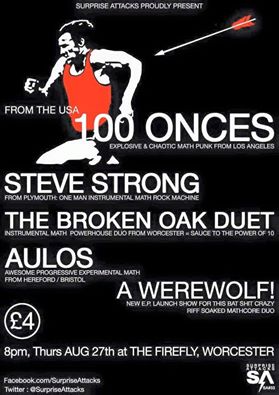 In Pictures: Surprise Attacks Present 100 Onces, Steve Strong, The Broken Oak Duet, Aulos and A Werewolf! Live at The Firefly

Surprise Attacks are one of Worcester’s best live promoters right now. Uniting their music scene by providing venues with the finest acts, touring musicians and big names in an alternative world. Basically we can’t fault the work ethics of SA! Their line-ups are insane and having hosted some great gigs already, they’ve got some unmissable shows lined up for the future.

At the tail end of last month, Surprise Attacks hosted another eclectic evening of intricate music at The Firefly in Worcester.

On the same day as their sophomore album release, Bigger Than The Beatles And Godzilla Combined hit the world, A Werewolf bolted through their opening set, and in doing so raised the bar for the bands to follow. The dynamic duo are always a must see, each time we’ve caught the pair live their set is incredibly unpredictable but always captivating. Their evenings performance had no boundaries. A frantic orchestration mixed with Zach Hill Esque Drums and a typhoon of unruly math and ever changing time signatures. 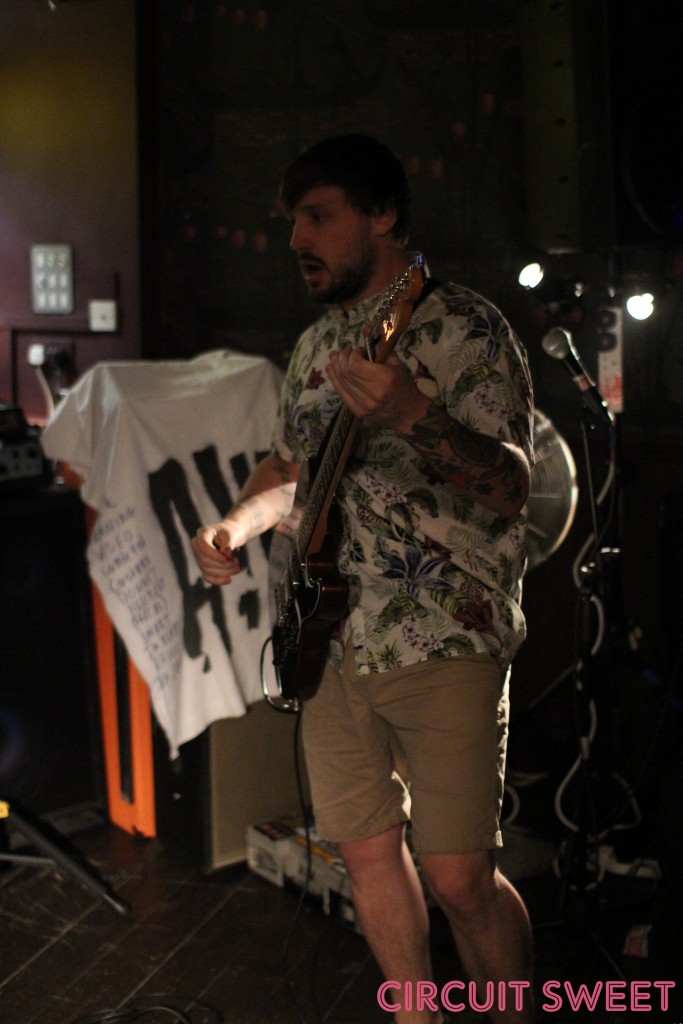 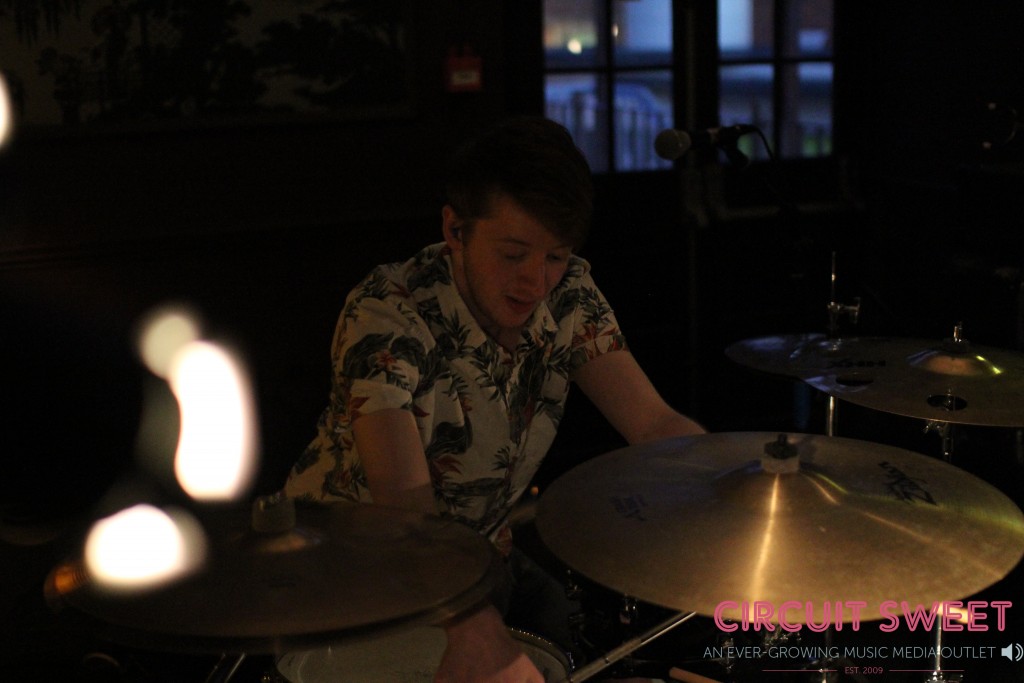 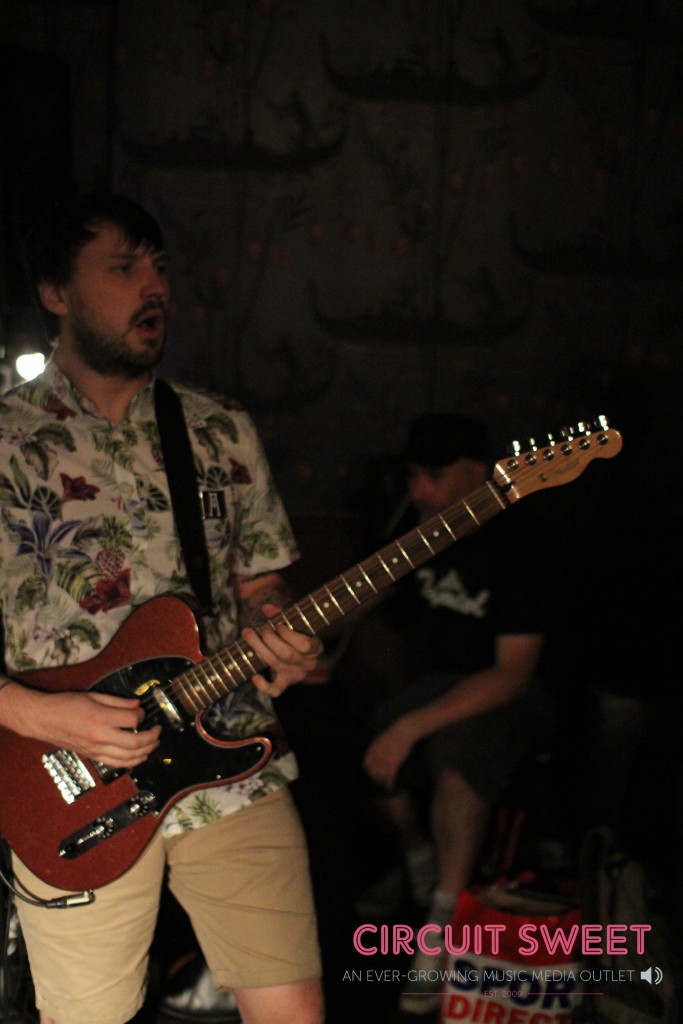 Following A Werewolf, Hereford noise duo Aulos returned to Worcester for a new set, the pair are now slowing things down as they look to return to the studio to record their new release. Aulos kept the crowd entertained, now with added hip-hop elements, the pair provided a hard hitting eminent set mixed with captivating elements within each track played. 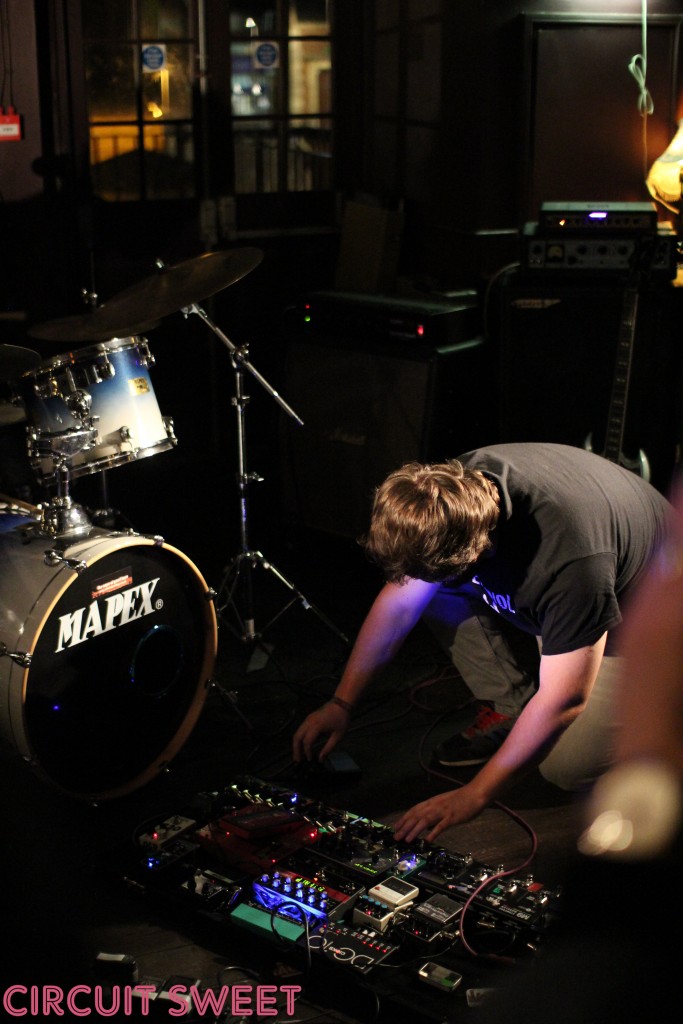 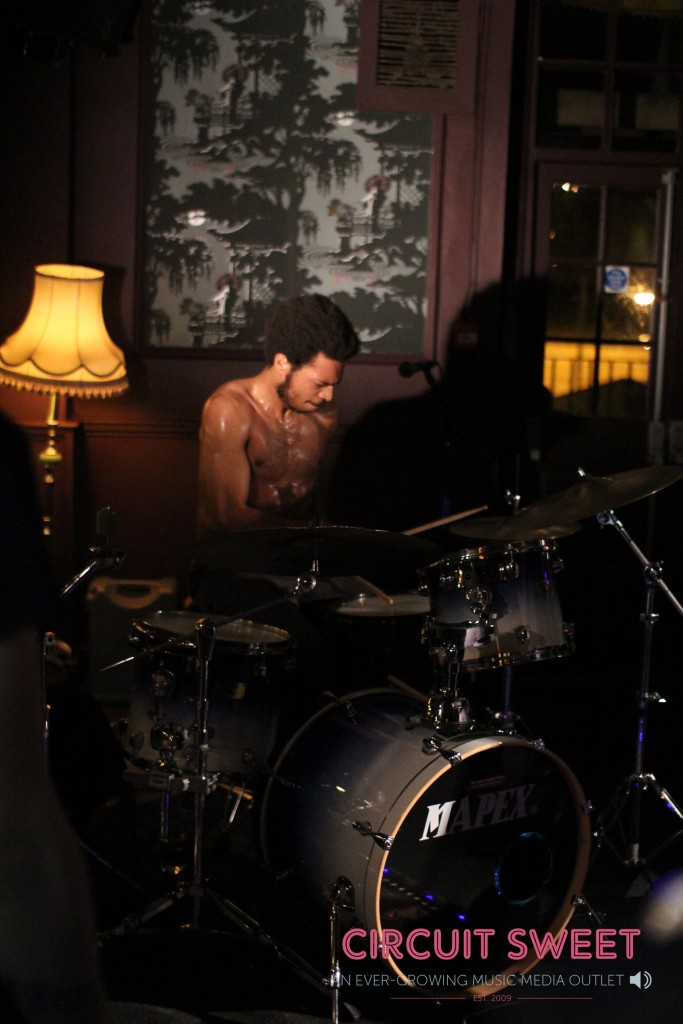 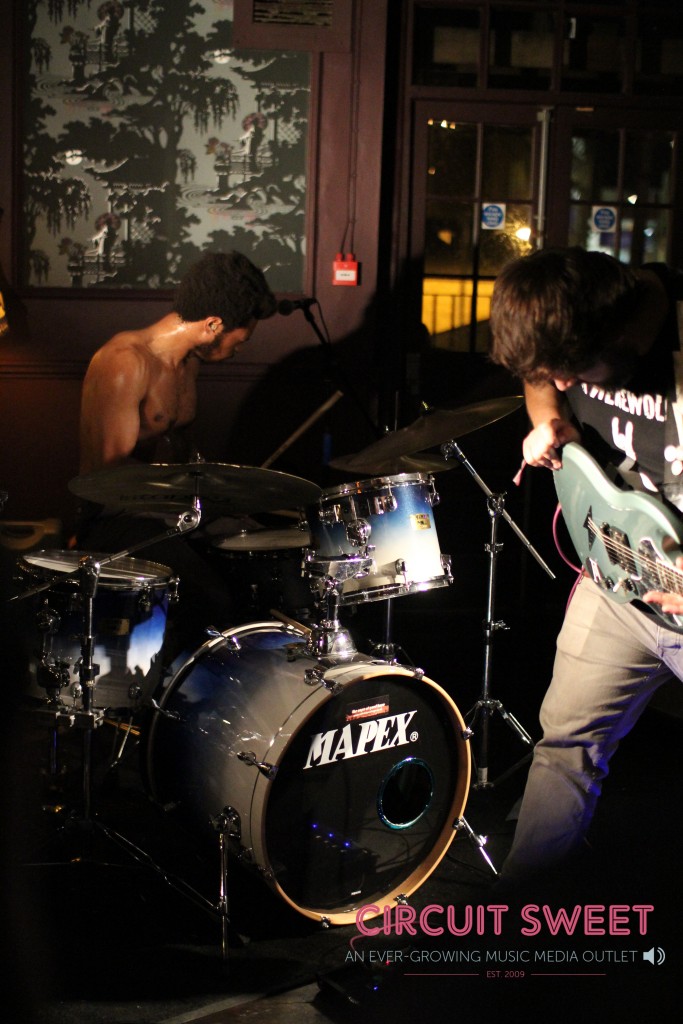 The Broken Oak Duet energized the crowd mid-evening with their ferocious live performance. You will never grow tiresome of these two, the hardworking 2-piece are about to rightfully receive the break they deserve, these talented musicians are on the edge of stealing Don Cab’s fanbase. They blend the perfect drums/baritone guitar combination and will make you move to their insane beats. It’s precise intellectual instrumentation and we can’t get enough. 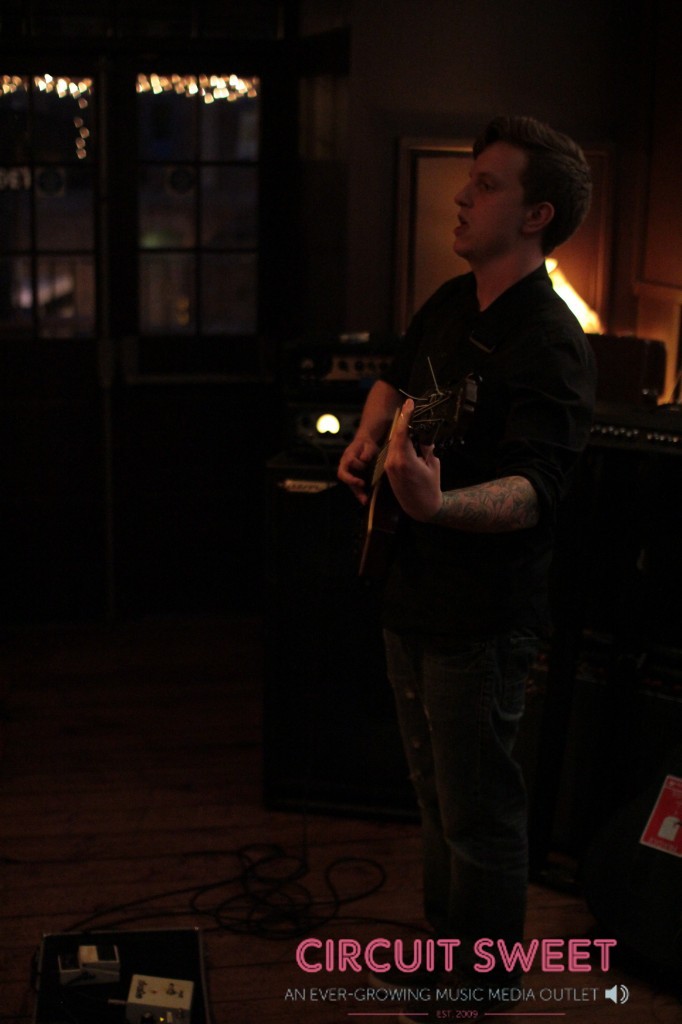 Steve Strong was the penultimate act to perform during the evenings proceedings where the multi-instrumentalist  showcased his talents. Mental math rock at best; at times he created intricate and delicate noodles pouring from the guitar before Steve switched to a dynamic drum beat. Steve easily captures the audience with his sincere orchestrations which he so easily builds into more fierce projections with layers of looping, crashing cymbals and a belting beat. 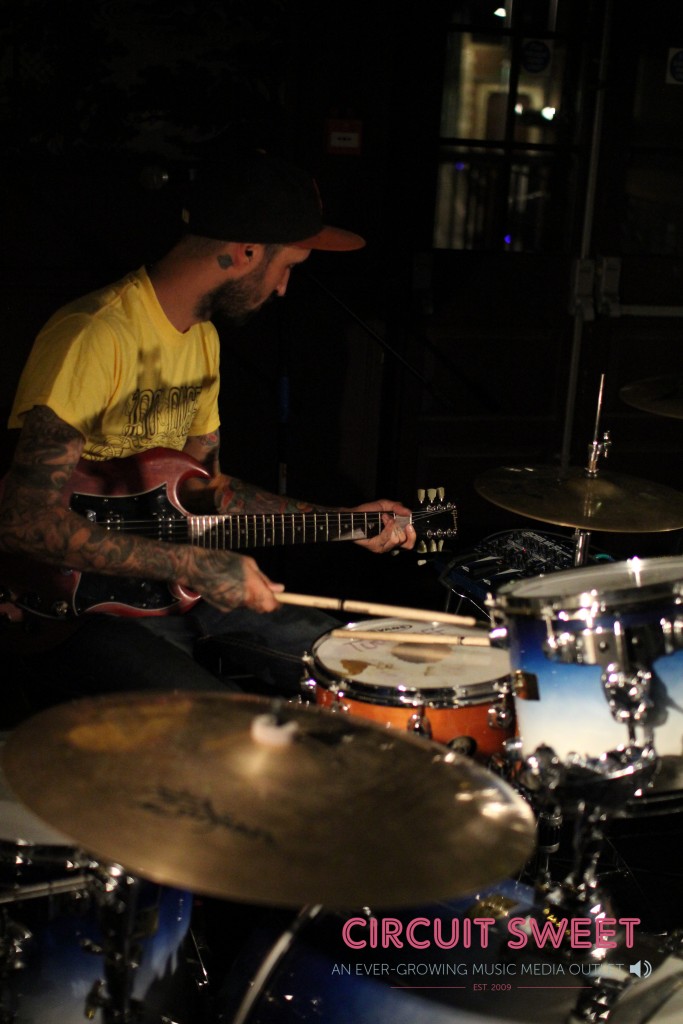 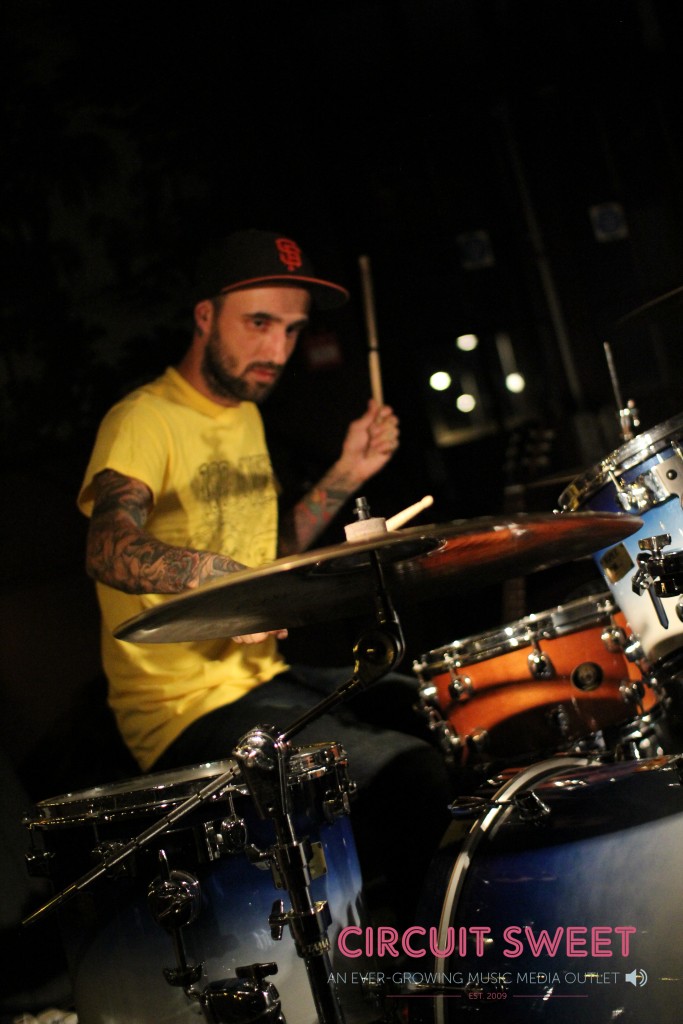 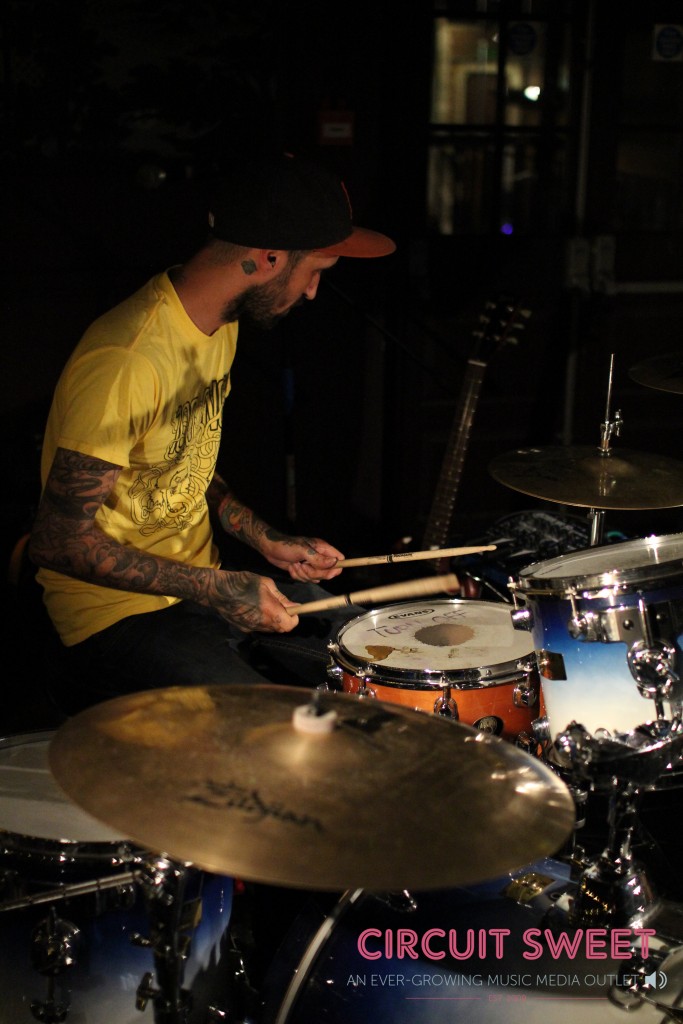 Then finally 100 Onces stole the show with their headlining performance. Stood all shy and quiet in the crowd watching the other bands play before them, it’s hard to believe the power and rambunctious deliverance the pair possess. These two musicians instantly light up once they’ve got their instruments in front of them. The experimental instrumental Math Rock band from L.A looked so at home throughout their engaging set. Consisting of 2 captivating musicians who you simply can’t keep your eyes off. They’ve nailed that loud, punk raucous sound and energy, fused together with their own equally powerful and abrasive math rock attributes. The guitar and drums combination is unlike anything you’ve heard or seen before- when Richard Ray on Drums and Barrett Tuttobene on guitar- play together, they project something very refreshing and yet still one of the loudest and most compelling acts about. 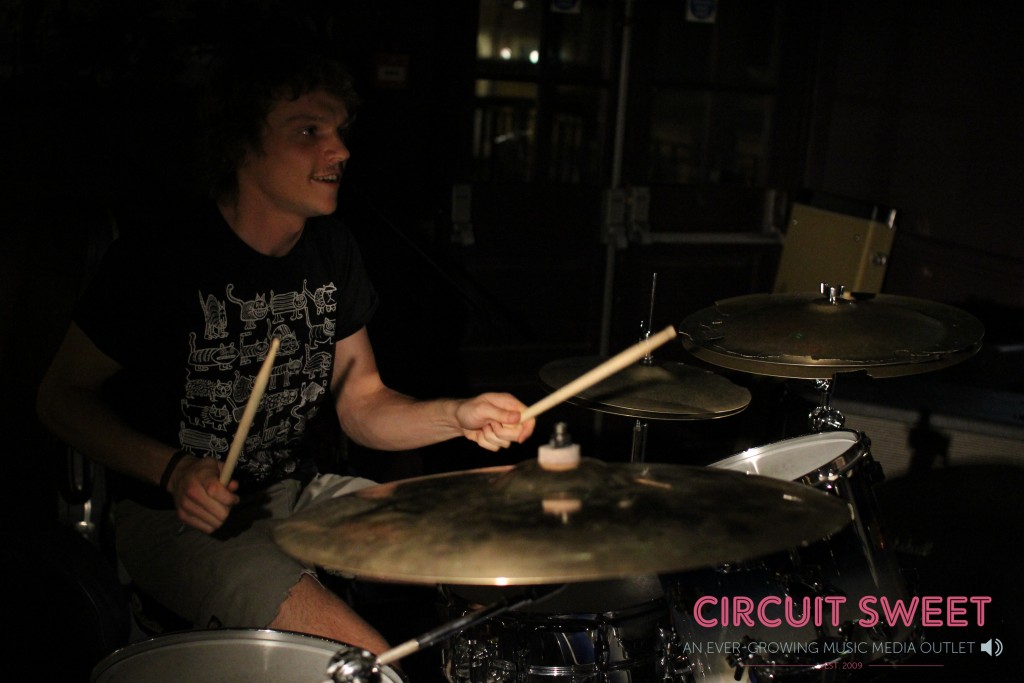 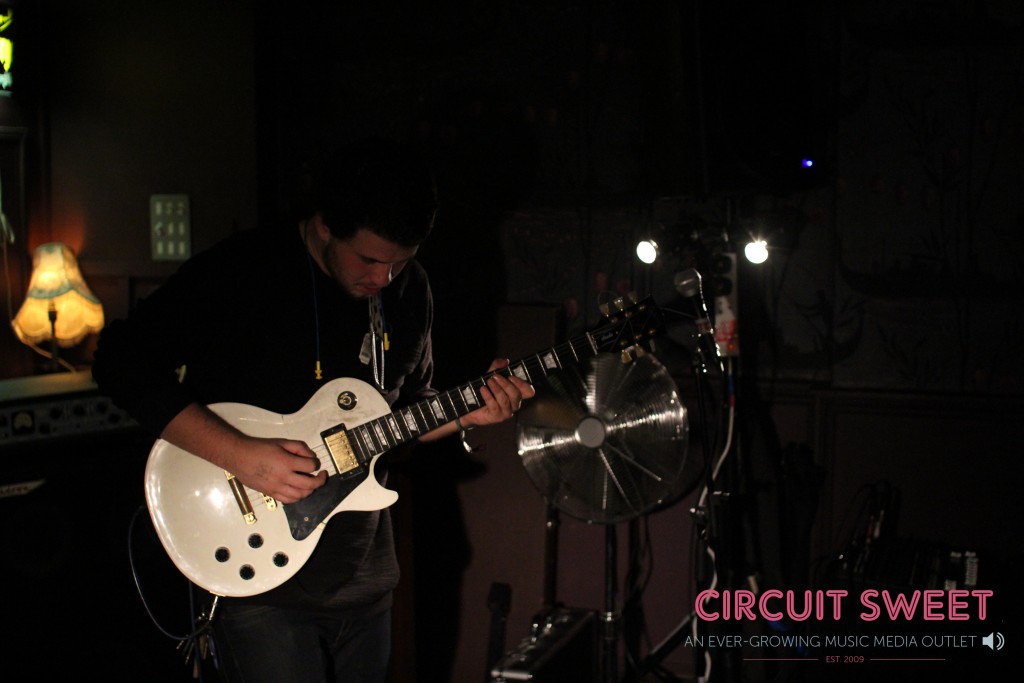 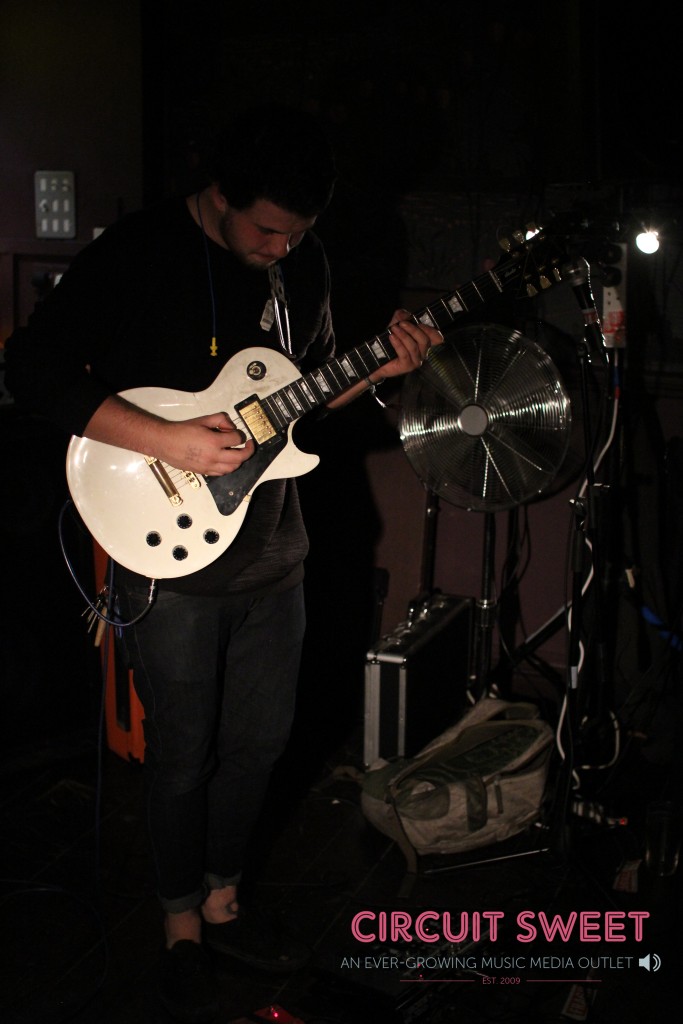 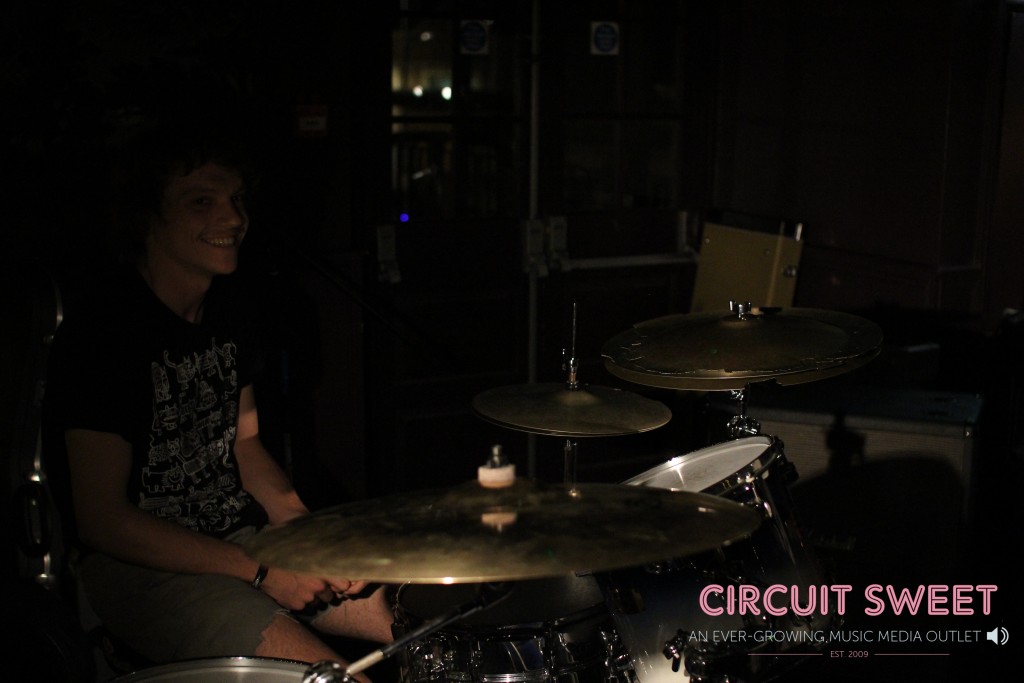 All Images by Oli Montez and Naomi Preece