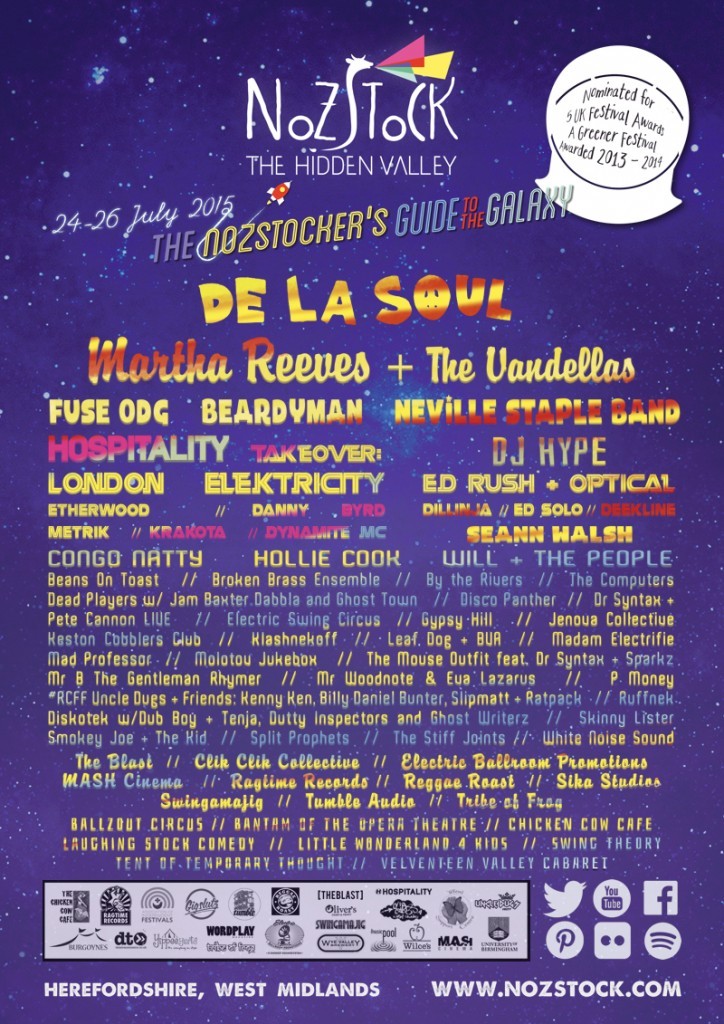 In the height of this years summer we, alongside thousands of others, basked in all things Nozstock. Set deep within an idyllic backdrop  is a community which congregate annually to celebrate their love for music and the perfect festival essence.

From Friday 24th – Sunday 26th July , Bromyard’s Rowden Paddocks Farm reopened  it’s quintessential grounds after another hard working year of constant organising, planning, booking and promoting.  Just hours prior to the event kicking off, news broke that Saturday’s headliners Wu Tang Clan had to pull out of their appearance, although a truly heartbreaking shock to those die-hard fans, team Nozstock just smiled through the news and announced their replacement- legendary De La Soul.

Despite the dyer rain fall on Friday and again on Sunday, Noz proved un-defeatable from the drizzle.  The entire weekend was a great success with such a plethora of musical talent across all stages throughout the day and into the early hours of the morning, comedy and crafts.  This year the garden stage set out for something different; by carrying on their live music after the normal finish time. Several bands took to the stage and played until the sun came up, the crowd was still aplenty, unfazed by the clock. Even with the temperature dropping on the first day and the challenging mudslides, everybody’s spirits was high, as we explored the site and the new layout we were surrounded by great music and even better company. 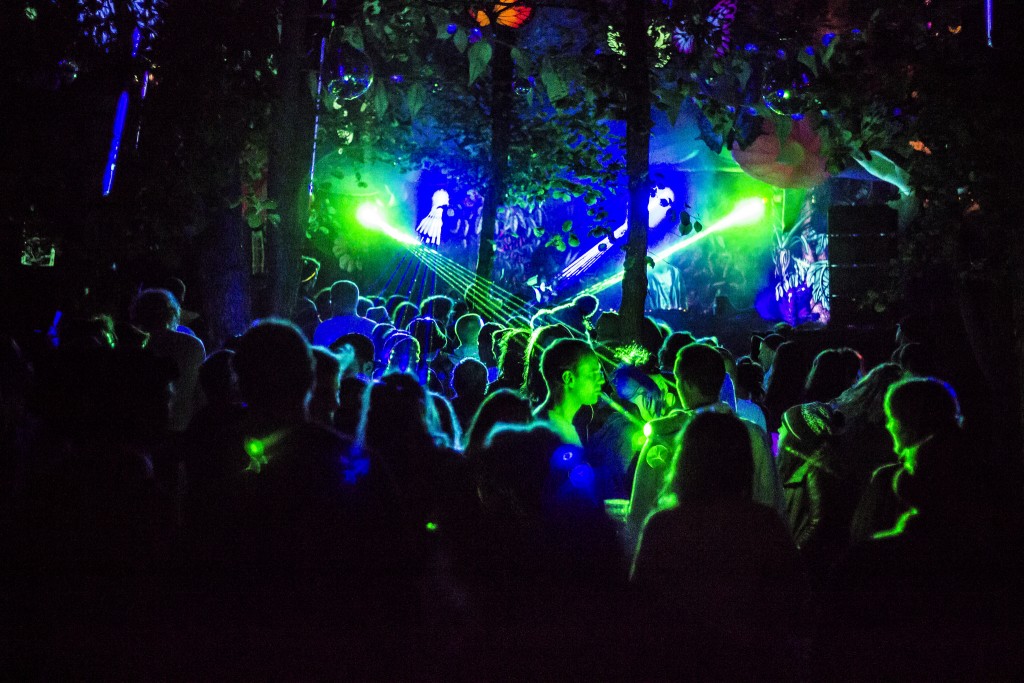 Our highlights include: By The Rivers- who played The Garden Stage on Friday and kept the crowd on their toes with a great set of original, well written, authentic reggae songs.

The Anomalies- here’s a band who know how to keep their crowd alert by giving their full attention to their set. The mash-up hip-hop local legends took to the stage in the very early hours of Saturday morning and gave a very energetic performance with some of the best crowd participation we’ve ever seen.

Last Tree Squad who provided their own mix of Hip-hop inspired dub, a local and somewhat iconic force. 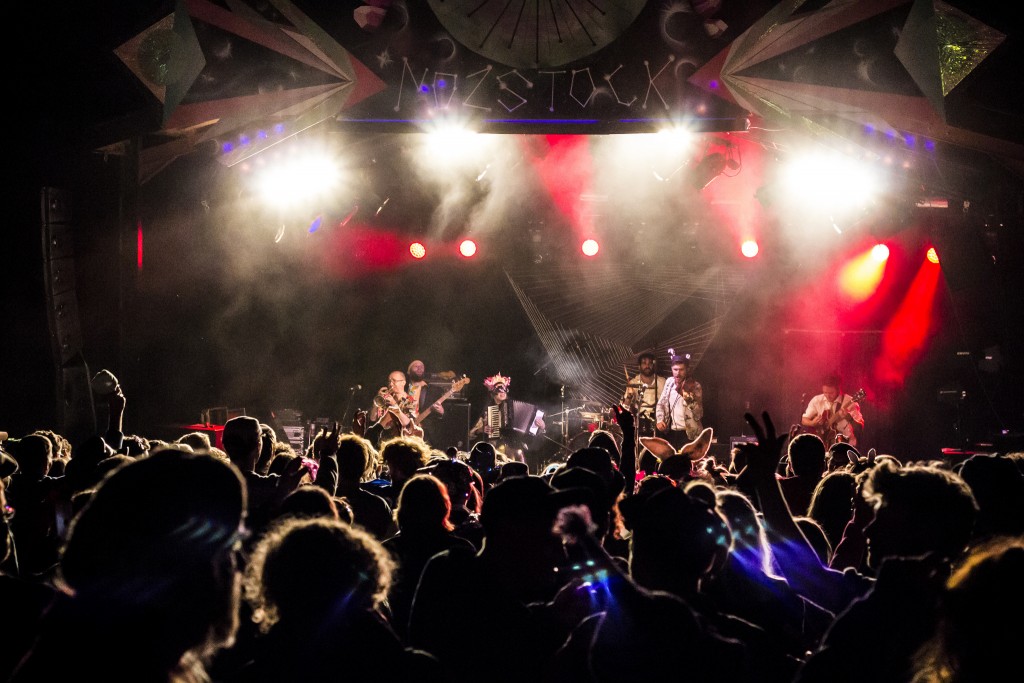 Molotov Jukebox- B At Gippa

Molotov Jukebox, returned again for another captivating set on Saturday, the vibrant gypsy punks know how to hold their own on a big stage providing the perfect festival tracks.

Sean Grant and the Wolfgang mesmerised their onlookers, the folk/punk storytellers gave a very honest, provoking performance and looked right at home amongst Herefordshire’s finest festival. 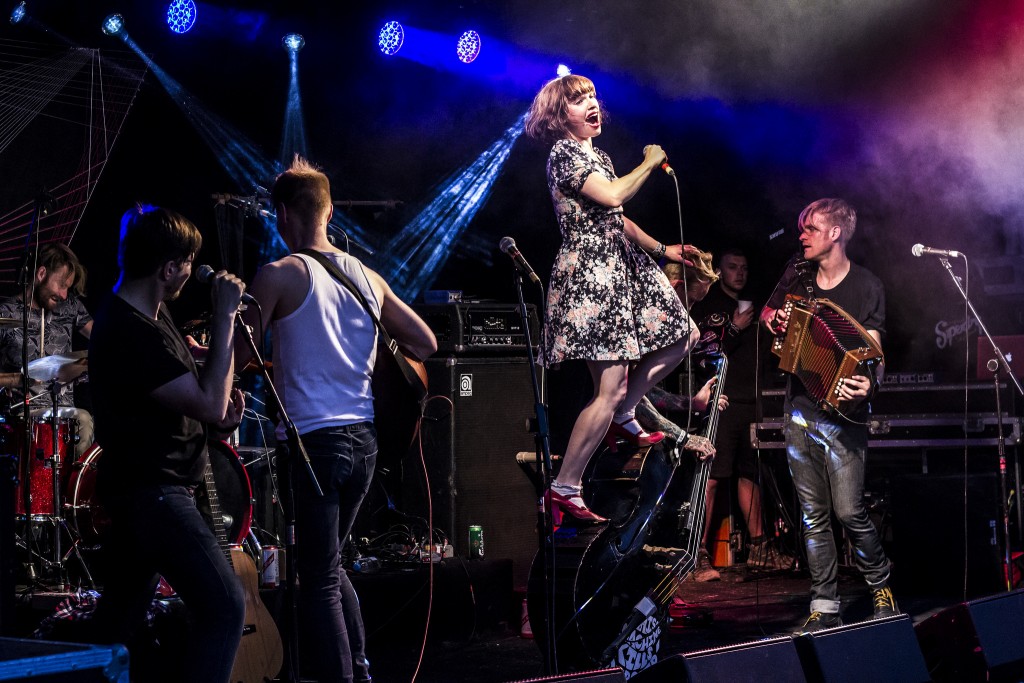 Skinny Lister- B At Gippa 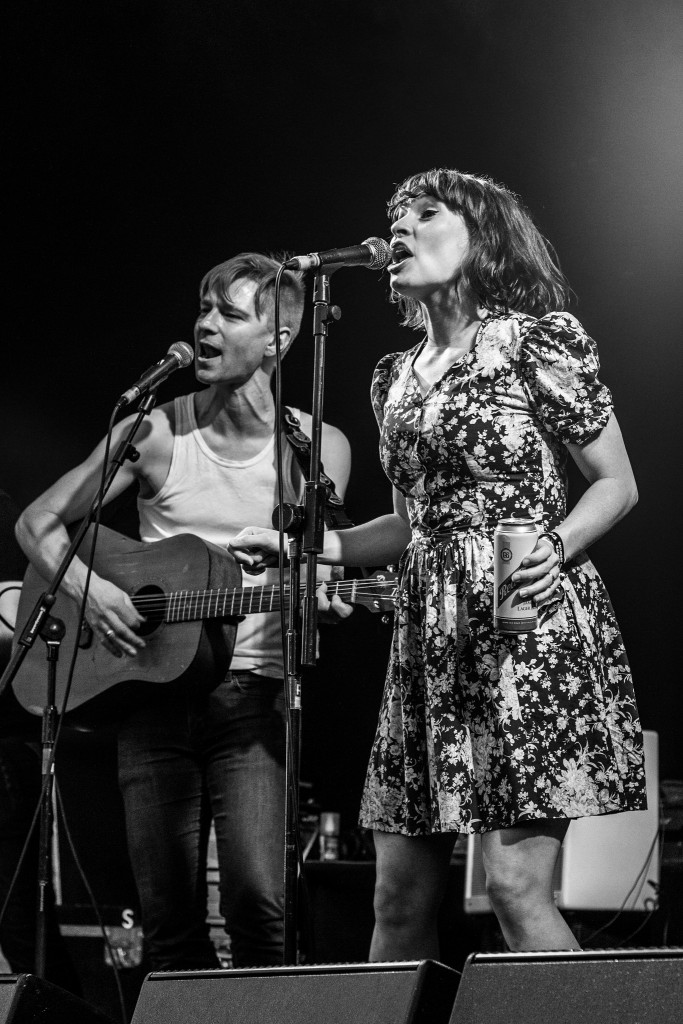 Skinny Lister- B At Gippa

Skinny Lister, the festival experts proved why their set’s are always worth your attention. Bringing together elements of folk with the attitude of punk and rock n roll bursting with sing-a-long choruses and infectious raucous energy. 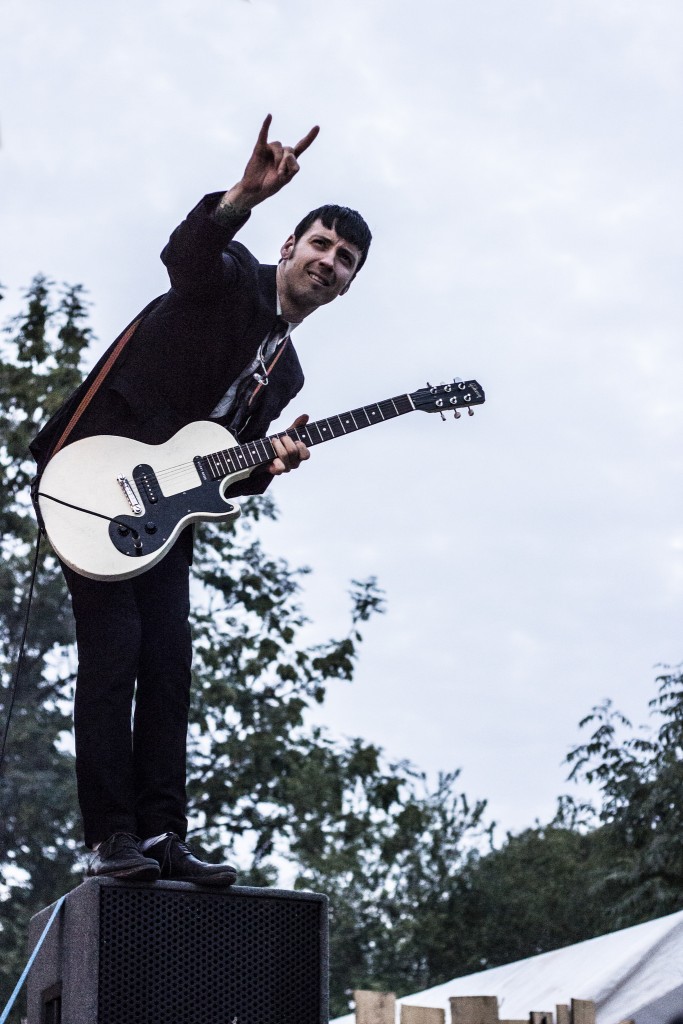 The Computers- B At Gippa

The Computers effortlessly proved why they are a must see act, having played the festival before you forget that their live set is an experience in itself. The energy frontman Alex possess is a bomb waiting to explode and you can’t bare to look away- a perfect quintessential rock and roll band complimenting the festival. 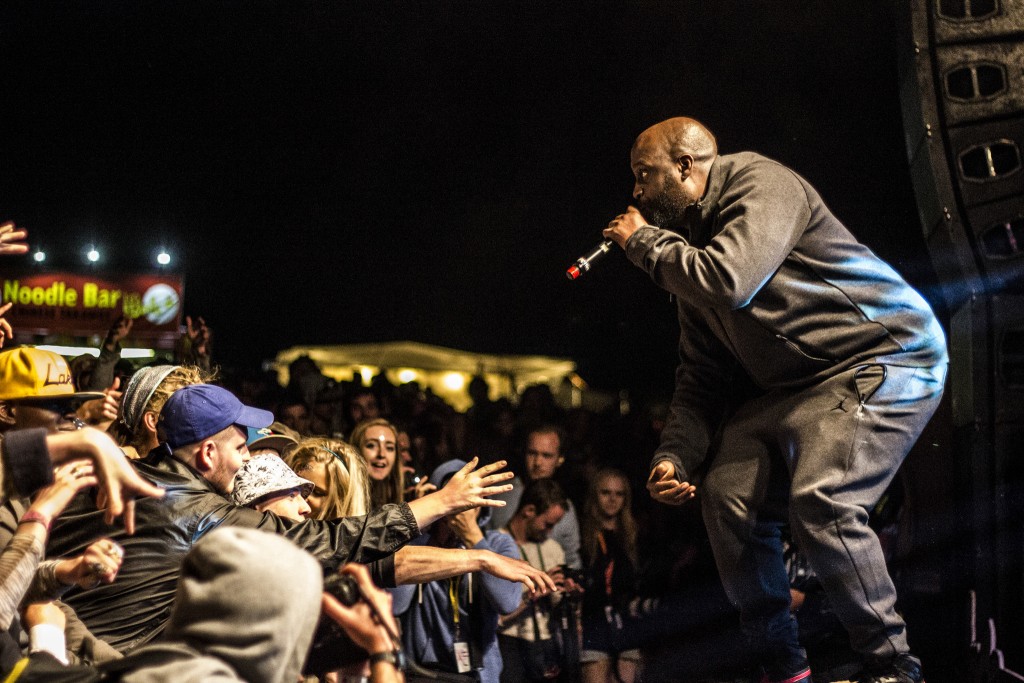 De La Soul- B At Gippa 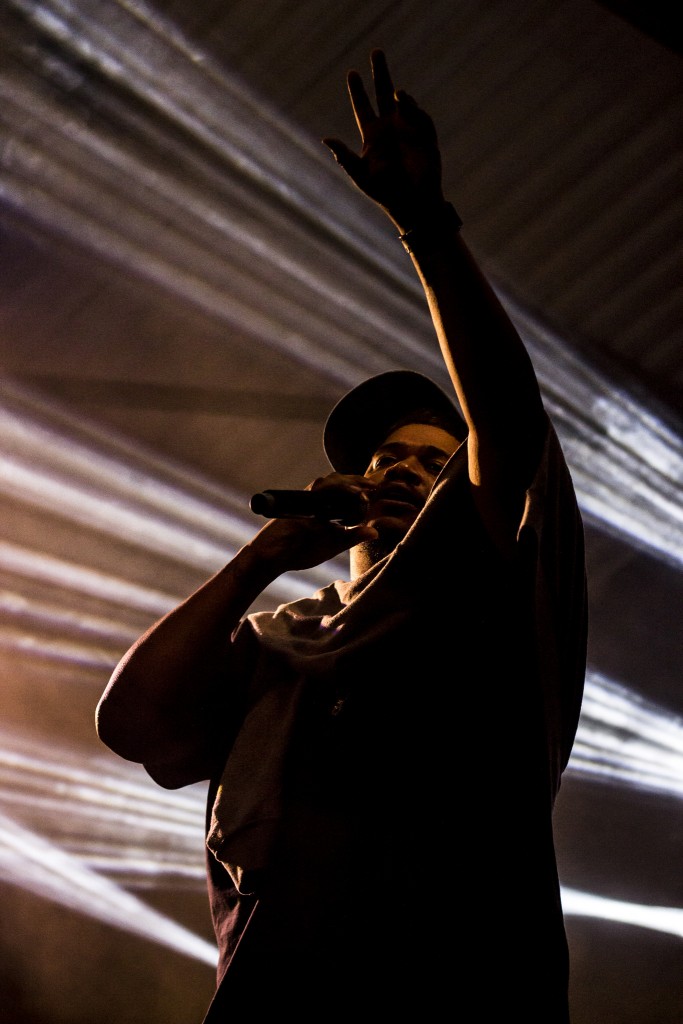 De La Soul- B At Gippa

And of course we have to mention De La Soul who thrived on crowd interaction and rightfully owned their headline slot.

If there is one thing that sets Noz miles apart from other festivals, its that Nozstock brings its own unique atmosphere, every attendee is fun and friendly wanting one another to fully enjoy and absorb their own noz experience.  Each year when you think the bill for the festival can’t get any better, Nozstock prove us wrong. Team Noz are total pro’s at providing a dynamic bill with something for everyone and yet again they hosted an unmissable weekend.  See you in the paddocks next year!

All Images by B At Gippa