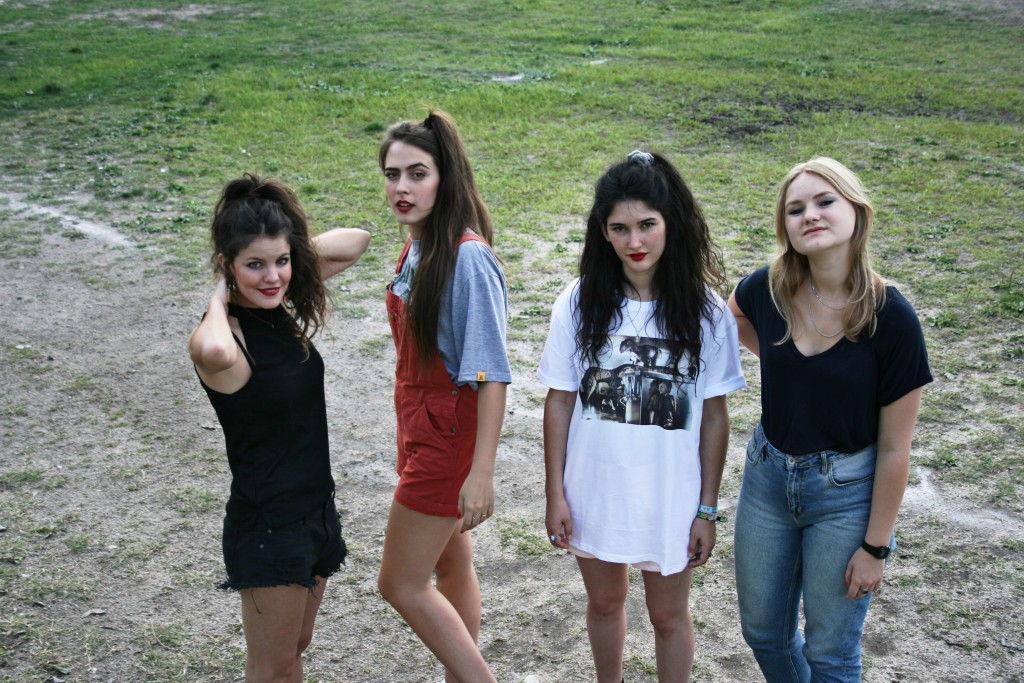 “Loud, spiky and infectiously happy…(they) have a smack of the Velvet Underground and ramshackle riot grrrl bands” – Time Out

“The chillest four-piece in rock hail from Madrid, and write choruses so loose and lovely you’ll want to wear them in like a favorite pair of sneakers.” – The FADER

In addition Hinds’ today share their brand new single and Leave Me Alone’s opening track “Garden,” another gorgeously compact slice of ramshackle indie pop which premiered yesterday on BBC Radio 1 with Huw Stephens. See below for Leave Me Alone album art and track listing, which includes recent #1 Hype Machinesingle “Chili Town.”  Pre Order the album now via iTunes, direct from the band or via Rough Trade.

A message from Hinds about Leave Me Alone:

okay, (big sigh) believe it or not, this is the announcing of our debut album.
let’s start from the beginning. garden is the first track of twelve songs. why?
do you know when musicians say they hate their songs? we don’t know if that’s true, we only know it’s not in our case.. ’cause we fucking love this song. and we knew it will open the album since the very beginning. please don’t say it was a shitty decision.

we’ve been one year writing this album only while we were home, and you guys know that didn’t happen very often. but the good part of having to write songs so separately in time is that we wrote about very different feelings we’ve lived. these songs try to represent the 12 faces of love we’ve experienced.
it’s funny ’cause we thought this album would be all party and cheerfulness but . SURPRISE. it’s not!!!!! haha. feelings are more balanced, like in life. so suddenly we had a more sober -or even sad- album than we expected. please don’t think we’ve turned into depressive people or something, we’ve always been humans, it’s just we’re now showing it to you.

Since bursting onto the DIY scene last summer, Hinds – Ana Perrote, Carlotta Cosials, Ade Martin and Amber Grimbergen – have mastered a raw and playful sound all their own. With just a handful of released singles under their belt, Hinds have already earned early support from BBC Radio 1, BBC 6Music, NME, Guardian, Beats 1, Pitchfork, Rolling Stone, The FADER, Gorilla vs. Bear, and many more. Now with their eagerly awaited debut on the horizon, Hinds are firmly establishing themselves as one of the most exciting emerging acts of the year and show no sign of slowing down.

Kicking things off with their new single “Garden,” Hinds take us on a badass rock & roll ride on their debut full-length Leave Me Alone. Weaving sun-kissed, 60’s-inspired melodies, executed with a genius call-and-response between co-vocalists and band co-founders Perrote and Cosials, Hinds create the ultimate soundtrack to the best day ever – from start to finish – spent with your four best friends. In addition to previously released fan favorites including the band’s first-ever single “Bamboo,” “Castigadas En El Granero” – which translates in English to “Grounded In The Barn” – and the band’s first new song of 2015 “Chili Town,” Leave Me Alone only gets better with each song. Featuring bright surf-pop tune “San Diego,” the mixed-tempo “Fat Calmed Kiddos,” and a bitter ode to shitty boyfriends in “And I Will Send Your Flowers Back,” Leave Me Alone is guaranteed to bring the Mediterranean sun to you wherever you are in the world at any time of the year.

Following their 16 whirlwind performances earlier this year at SXSW 2015 and recent appearances at Glastonbury and End of the Road Festivals, Hinds will hit the road later this month on a U.S. headlining tour before returning to Europe for Pitchfork Music Festival Paris and Iceland Airwaves.

Watch this space for more on Hinds: http://hindsband.com/ 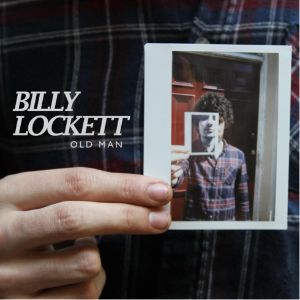