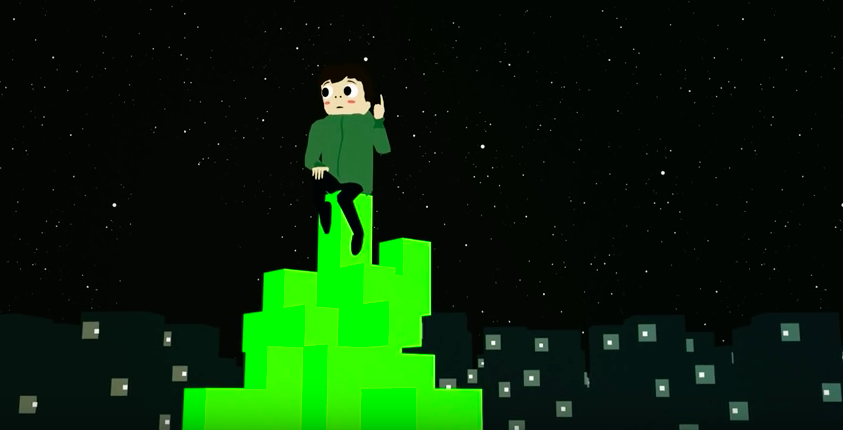 Award-winning director Chris Shepherd recalls the first time he heard the song. “I wanted to do something that matched the electronica of the track. It felt like the Human League/Heaven 17 vibe of the track screamed out for something visually similar to the ‘Money for Nothing’ promo by Dire Straits. I also thought it would be cool to collaborate with RTS award nominee and Kingston graduate Jez Pennington, whose graduate film Pigeon Kids is a story of urban alienation in a world of CGI.”

Shepherd continues: “Myself and Jez were really into the idea of getting data moshing into the promo. We wanted to get a sense of abstraction, where the music becomes so powerful it breaks the images apart. There’s a great bit in the promo for David Bowie’s ‘Loving the Alien’ where the image breaks apart as the music hits a peak. I love the power of that idea.”

“The story is about a father and son who don’t communicate,” Chris elaborates. “The son tries to reach out to his dad, but is he cold and remote. It’s not till he thinks he’s lost his son that things change. They are like ships passing in the night. But will they collide?”