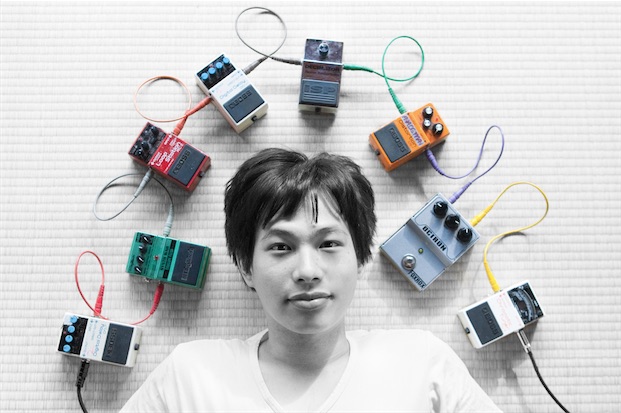 First gigs in Europe in over two years

“Wong loops his guitar so complexly, with so many layers adding to the chaos that it eventually circles back to sounding simple and peaceful, like a kind of musical fractal” – Stereogum

“Wong, using only his guitar and his loop pedal, is somehow able to create music that is as sophisticated and engaging as it is layered and complex” – The Line of Best Fit

Dustin Wong, the hugely talented guitar virtuoso has announced he will be joining Beach House on their European tour which starts next month. These will be his first live dates in Europe in over two years, and first in the UK since 2011!

Armed with a guitar and numerous loop and effects pedals, Wong’s astounding live performances are intricate and detailed, building a sonic empire out of beautifully constructed singular elements.

Wong was an integral part of the vibrant Baltimore indie scene in the 2000s, best known for forming cult art-rock group Ponytail. Since their break up, Wong has established himself as a solo artist, completing his acclaimed trilogy of solo looped guitar albums in 2013 with the joyous “Mediation of Ecstatic Energy“.

After relocating to Tokyo, Wong has collaborated with Japanese singer Takako Minekawa, releasing “Savage Imagination” in 2014, a collection of colourful pop songs, laced with the sounds of video games, radiophonic experiments and indigenous inspirations from around the world.