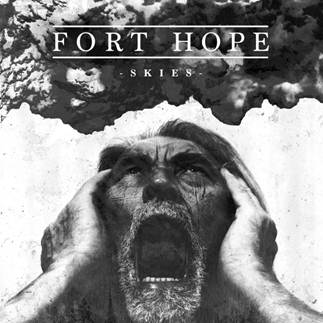 Showcasing the band’s epic sound, ‘Skies’ is an anthemic blast of heavy, melodic rock, mixing Jon Gaskin’s impassioned vocals with crunchy metallic riffs and post-rock atmospherics. The track is a rousing call to arms, screaming at listeners to let nothing stand in their way. The band explain, “’Skies’ represents the idea of a ‘goal’ or a ‘mountain to climb’.  It’s an inner battle, representing the struggle to overcome something, to pull yourself together and focus on what’s important.”

The band are already well on their way to taking their place amongst the upper echelons of British rock. They’ve toured with the likes of Mallory Knox, Frank Iero (ex-My Chemical Romance), Jimmy Eat World and Moose Blood, gained a nomination for ‘Best British Newcomer’ at this year’s Relentless Kerrang! Awards and delivered storming sets on the Pit Stage at Reading and Leeds Festival.

The then unmanaged band gained attention from the major labels when their previous single ‘Plans’ became Radio 1 ‘Track of the day’ and had huge Kerrang! radio support. Live they already have a fearsome reputation, and will be heading out on the road again in 2016