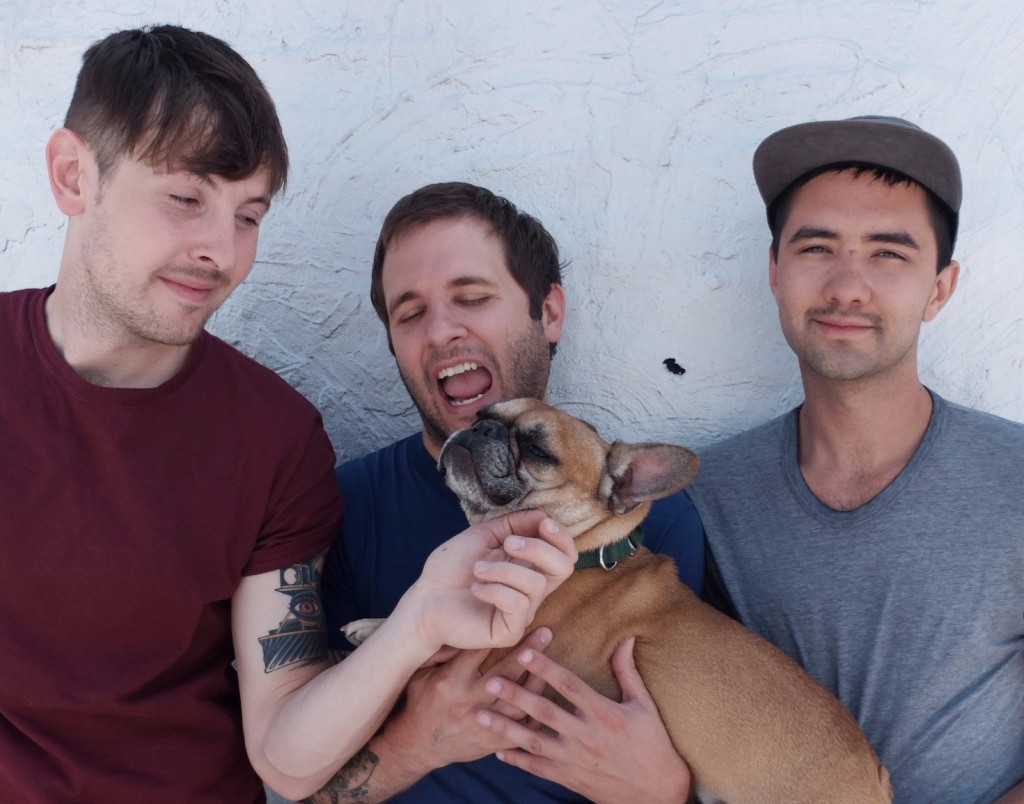 Cold Sweats Share “Waste of a Day” single via The FADER

“Call the nurses, page the doctor”. The first declaration from New York’s Cold Sweatscomes with a deragned fury… and things may never be the same. The trio are getting ready to release their full length debut album Social Coma on November 6th via Six 3 Collective, an eclectic beast of punk that ranges from drunken noise rock blasts and surf punk fuzz to walls of corrosive hardcore and deranged crooning. Having previously played together in other formations, the trio are impeccably tight for such a new band, and their chemistry is radiant throughout their debut as they tear apart all genres of punk only to reshape them into their own vision. Produced by Hunter Davidsohn (Porches., Frankie Cosmos, Battle Ave) at Business District Recording Studios, the album burns through twelve tracks in just under a half an hour, each chaotic moment fueling the next over a bizarre twist of melodies, triumphantly harsh guitar tones, and crushing rhythms from Cold Sweats’ Alex Craver (drums/vocals), Brandon Musa (bass/vocals), and Peter Ives(guitar/vocals).

The FADER premiered the band’s first single, “Waste of a Day” calling it, “complete with noise rock fuzz, eerie riffs, and an opening command to call the nurses, page the doctor,” before expanding, “Alex’s vocals really do sound like a totally twisted B-52s, but it’s clear from “Waste Of A Day” (and the rest of Social Coma, for that matter) that Cold Sweats have their own, fully fleshed out sound.”

Speaking about the song, Cold Sweat’s Brandon Musa offered, “I distinctly remember a discussion with Alex [Craver] about the vocals, saying that I could hear Fred Schneider [of the B-52s] style vocals, but if he went completely nuts. The lyrics creep me out a lot”.

STREAM COLD SWEATS’ “WASTE OF A DAY” VIA THE FADER:
http://www.thefader.com/2015/09/08/cold-sweats-premiere-waste-of-a-day
Upcoming Shows:

Hailing from Binghamton and Brooklyn, NY, Cold Sweats was formed in June 2015 by drummer Alex Craver, bassist Brandon Musa and guitarist Peter Ives. The trio recorded their debut album, Social Coma, with friend and engineer Hunter Davidsohn (Porches, Sirs, Frankie Cosmos) at his Business District Recording studios in Johnson City, NY. Davidsohn also performed on some of the tracks. Their music blends elements of punk, pop and surf. The album will be released on November 6th by Six 3 Collective from Columbus, OH.

Cold Sweats played their first show in Brooklyn, NY in July of 2015 with Shellshag, Flykills and CCTV. They hit the road in late August for a weekend with Rivergazer, Outta Gas and Media Limits. The band are preparing for a busy Fall of shows throughout the Northeast including an appearance at this year’s CMJ Music Marathon in mid-October.

Though their forthcoming self titled LP marks their official debut, New York based Cold Sweats is the culmination and realization of an upbringing in the small but passionate punk and hardcore scene of upstate New York, and years spent touring the country in bands that ran both the DIY circuit, as well as established venues. Currently based in both Binghamton and Brooklyn, New York bassist Brandon Musa, drummer Alex Craver, and guitarist Peter Ives grew up within a small community of bands that often shared stages and members, eventually leading to all three members joining together in the band Summer People. After a string of successful albums, and a rigorous touring schedule in a veggie oil powered van that earned them a loyal following across the country, Summer People called it quits, but the former bandmates soon found themselves playing together once again, and working on a new project that would become Cold Sweats.

An amalgam of dirty gritty rock n’ roll with sometimes violent and jarring guitar riffs that lay on top melodic progressions, warm bass tones, and bombastic drums, their lo-fi cacophonous sound belies thoughtful songwriting, and intentionality. The band’s debut, produced by Hunter Davidsohn was recorded in a destitute abandoned area of Binghamton, home to Twilight Zone creator Rod Sterling, and bassist Brandon Musa credits that creepy unsettling backdrop with influencing the bands sound, jokingly referring to it as “Rod Sterling punk.” With all three members heavily contributing to the writing process, and assigning vocal duties based on who fits each song, Cold Sweats is very much the sum of its parts. While rooted in their collective vision for the band, the member’s individual voices come through in both performance and composition creating a sound influenced by a range of genres, and artists that is uniquely their own.