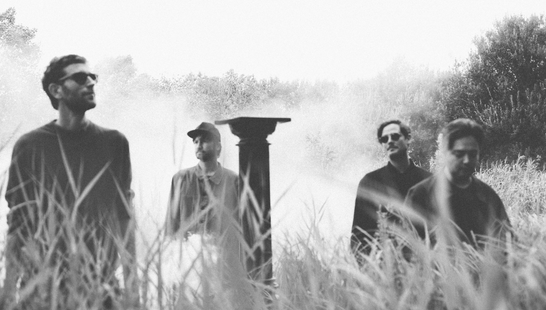 UK & US live dates this Autumn

Following news of their imminent second album Mythologies on 30th October, Cheatahsare pleased to announce the arrival of new single ‘Signs To Lorelei’ through Wichita Recordings. Listen below…

Having released two EP’s earlier this year teasing of their return, ‘Signs To Lorelei’ is a welcome introduction to the next chapter. Reminiscent of a 70’s Sci-Fi soundtrack, easing into view before evolving into a glorious, cascading swathe of sonic beauty – remoulding its influences, whilst emerging as an early highlight of  the album.

The band says of the song, “‘Signs to Lorelei’ began with a synth melody that Marc created, around which the rest of us composed our parts. It came together remarkably quickly. Essentially a bedroom recording, it has a hopeful quality to it which I really like, and is one of a couple of gentle moments on the album. It’s one of my favorites. The Lorelei is a rock on the eastern bank of the Rhine near St. Goarshausen, Germany. In German folkore, Lorelei is a mermaid (or Rhinemaiden), who is referred to in Germanic art and literature.”

‘Signs To Lorelei’ will be available as an instant grat for anyone pre-ordering the album viahttp://smarturl.it/mythologiesitunes

The multinational quartet have been busy since 2014’s self titled debut with a seemingly  never ending live itinerary coupled with various studio sessions in Glasgow, London and Ramsgate culminating in the ambitious sonic environs of Mythologies.

They take much of Mythologies on the road with a North American tour followed by a run of UK shows in November and London show in early 2016. The full itinerary is:

We Are The City release ‘Keep On Dancing’ video!‏