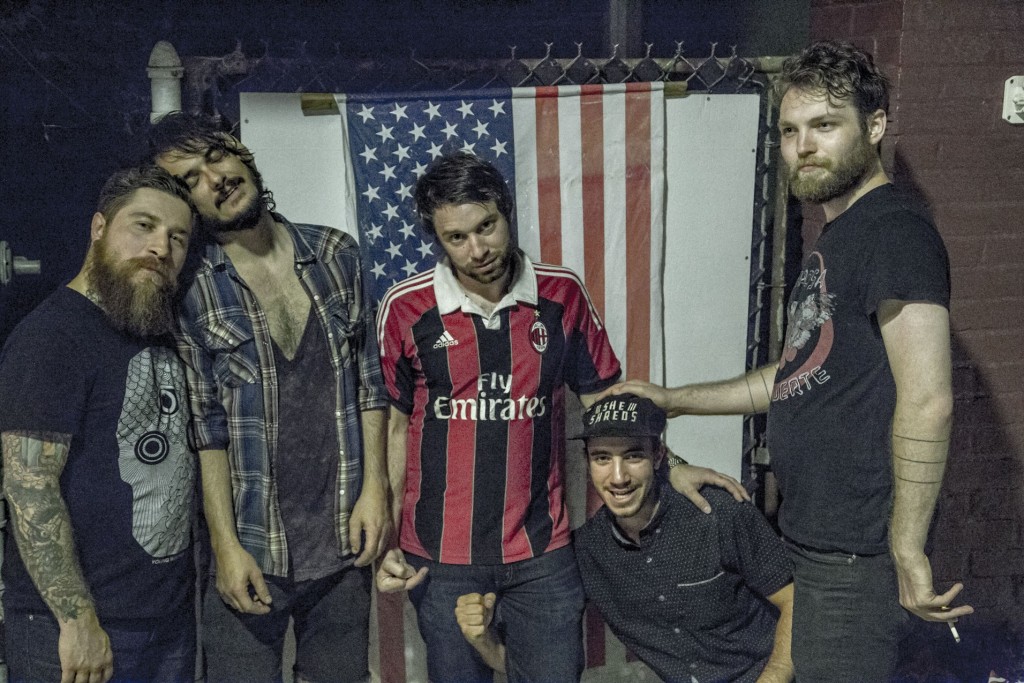 Boston’s Aneurysm are sharing the full stream of the band’s Stop This Ride EP via Brooklyn Vegan ahead of the release this coming Friday, September 4th on the band’s ownPuritan Candy Records. Aneurysm, as their name may lead you to believe offer a raw brand of punk from the grimiest depths of the Boston scene, reminiscent of early 90’s grunge influenced punk. Combining elements of sludge and hardcore into their chaotic grunge dirge, “Stop This Ride” thrives on the brute strength of proto-punk and shredding metal influences buried underneath a vibrant blend of blown out punk intensity and primal melodies. This is basement punk that simply couldn’t care less about trends or the hype machine. Aneurysm are loud, crude, fast, and noisy, the perfect recipe for any underground punk show.
Speaking about the EP, Brooklyn Vegan shared, “Going by the fact that they share their band name with a Nirvana song and their upcoming EP, Stop This Ride, includes a cover of Hole’s “Violet,” you can already get an idea of how Aneurysm sound. The Seattle grunge influences are strong here, and they do it well. ”
STREAM ANEURYSM’S “STOP THIS RIDE” EP VIA BROOKLYN VEGAN:
http://www.brooklynvegan.com/archives/2015/08/aneurysm_ex-the.html
Upcoming Shows:

Aneurysm’s most recent recording session with Will Killingsworth, produced a pair of 7” EPs to be released via Tor Johnson Records (Providence, RI) and one through the band’s own label, Puritan Candy.  Hot on the heels of these releases, the band is playing across New England and building a dedicated fan base. They’re headed to Zippah Studios this Fall to record with producer Brian Charles of The Sheila Divine.