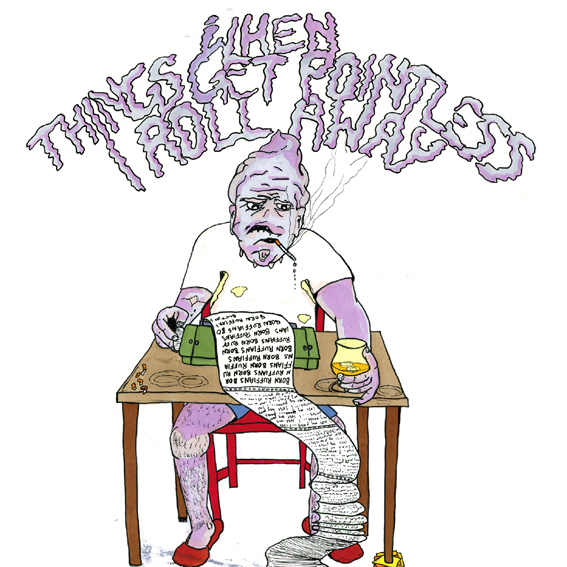 New Album RUFF to be released on October 2nd

Born Ruffians share the new track “When Things Get Pointless I Roll Away” from their forthcoming album, RUFF.  The band describes how the song came together:

“The second half of the track was improvised in the studio unexpectedly. Luke (Lalonde; guitarist and vocalist) was testing out vocal sounds and repeating the words “on and on and on and on”, which actually is the name of another song on the record (the one that coincidentally follows “When Things Get Pointless I Roll Away”). It was a rare, unique studio moment that led to the very atmospheric, moving feel of that vocal line. You can’t plan everything that’s going to happen when you make a record; sometimes the most interesting moments just happen organically.”

Consequence of Sound, premiered the track, which is the band’s reply to a disgruntled fan, you can listen to the track and read more about it  HERE.

RUFF is an exploration into self and aesthetics. It’s a collection of scrubbed raw anthems that are defiantly optimistic, imaginatively arranged, and performed with a sense of bloodlust. In contrast to previous records from this Canada-based quartet, RUFF is simultaneously a return to form and a departure from convention. It is at once a culmination and a disassembly of the band’s history and dynamics.

You can also check out a 30-day video stream which Born Ruffians have just launched on their website. It lets fans peer into the strange and surrealist RUFF World.  The entire project takes twelve hours of VHS footage and stretches it down to one frame every two seconds in order to span the period of 30 days. That is just under 1.3 million images that will be displayed over the course of the month (43,200 images per day).  Once a frame is gone, it’s lost forever, no rewind or playback, which is rare in the internet age. However, fans will be allowed to save select images as keepsakes of the experience. They are encouraged to share these images on social media using the hashtag #watchRUFF.

The project was inspired by both the band as well as some of the themes and content from the album itself – a mix of humor, awkwardness, strangeness and monotony. Director John Smith says of the project, “Fans will be able to check in 24-7 throughout the pre-recorded 30-day stream to see what’s going on at any given moment. There are several characters and storylines that unfold over the period of time, and collectively I think the Internet will be able to piece it together.”

Digital Assets:
“We Made It” track stream:
https://youtu.be/bblsdxrst-U
“We Made It” video:
https://www.youtube.com/watch?v=89hS3WlojZw&feature=youtu.be