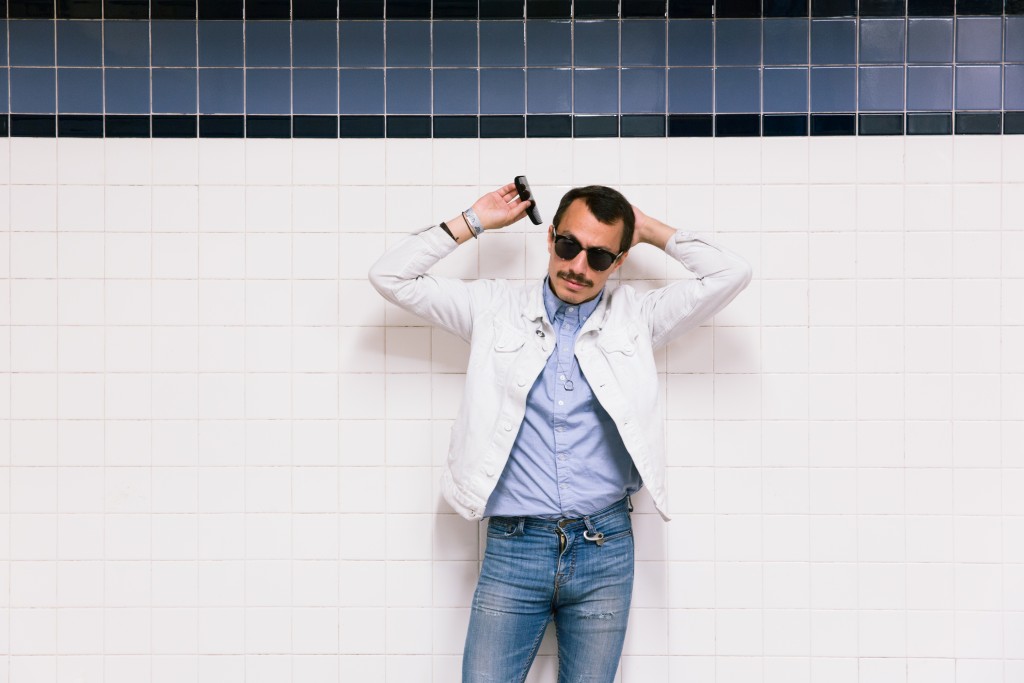 Ben Katzman’s DeGreaser are getting ready to release their second album this year, the ultimate “sad boi to bad boi” tale as only they can tell it, Venus in Pisces. Due out on October 30th via Katzman’s own BUFU Records, the revolving garage punk band led by the “chillin’ mad hard” mastermind Ben Katzman himself, are sharing the album’s first single “You Shred (But Really You’re Just Playing Me) Baby” via Consequence of Sound together with the band’s upcoming Fall tour dates with label mate Tall Juan.

Consequence of Sound claimed “the Boston-based garage rock outfit probably knows how to have more fun than your average band,” a sure statement if there ever was one. Speaking about the single, they called the track “loud, unabashedly honest, and awesomely infectious in more ways than one”.

Katzman described the song, “Whether it’s your favorite band putting out a bad record or a relationship w/ your boo gone sour, sometimes you don’t see the freight train of heartbreak coming your way. ‘You Shred (But You’re Really Just Playing Me) Baby’ is DeGreaser’s upbeat battle to the moment of realization where you realize it’s time to let go, and move on.”

The band are set to hit the road in September for the “All Out of Bubblegum” Tour with Tall Juan in support of the album, spreading the shred throughout the East Coast from top to bottom.

STREAM BEN KATZMAN’S DEGREASER’S “YOU SHRED (BUT REALLY YOU’RE JUST PLAYING ME) BABY” VIA CONSEQUENCE OF SOUND:
http://consequenceofsound.net/2015/08/ben-katzmans-degreaser-premieres-new-song-you-shred-but-really-youre-just-playing-me-baby-listen/
The undeniably fun Boston “basement glam” rockers Ben Katzman’s DeGreaser have been making a name for themselves in the garage rock community over the past couple years, bouncing between Boston and the band’s home-away-from-home Miami, bringing their signature “chillin’ hard” attitude with them everywhere they go. If there’s one thing to be said about Katzman’s DeGreaser, these guys are having a great time. There’s the unabashed Kiss, Van Halen and Judas Priest worship, the never ending quest for the ultimate shred, a deep love for astrology, and a good deal of homage to Grease and the rock ’n’ roll lifestyle of the past. It’s all very tongue-in-cheek, but in the case of Katzman’s DeGreaser, it’s also quite genuine and sincere. The band’s entire aesthetic is based on being who they are, as Katzman puts it, “dorks that are obsessed with KISS and the Ramones”

Ben Katzman’s DeGreaser is getting ready to release their latest album, Venus in Pisces on October 30th via BUFU Records, their second album this year! The album’s first single, “You Shred (But You’re Really Just Playing Me) Baby” (which features guest shredding from Guerilla Toss’ Arian Shafiee) sets the tone for the album, described by Katzman as the transitional tale of “Sad Boy to Bad Boy” as only he can tell it. This is the anthem.

As for the album’s name Venus In Pisces, Katzman describes it as “in astrology terms ‘Venus’ is the planet that rules your love life, and ‘Pisces’ is like the ultimate ‘Sad Boy’ sign. The ethos of this record is like Van Halen meets Pinkerton. A breakup record about going from ‘Sad Boy to Bad Boy’ perse.” The band have created a unique and vibrant spin on 70’s glam, proto-metal riffs, garage punk, and indie rock, diving headfirst into the type of worship that Weezer first explored on “In The Garage”. The band have played shows with La Luz, Downtown Boys, Tall Juan, Mannequin Pussy, Guerilla Toss, Unstoppable Death Machines and more since their inception early in 2014.

Katzman’s DeGreaser previously released an homage to the Ramones titled Rok N Rol Community College earlier this year, a co-release between the band’s own BUFU Records and Gnar Tapes from LA.

“All Out of Bubblegum” Tour Dates with Tall Juan: