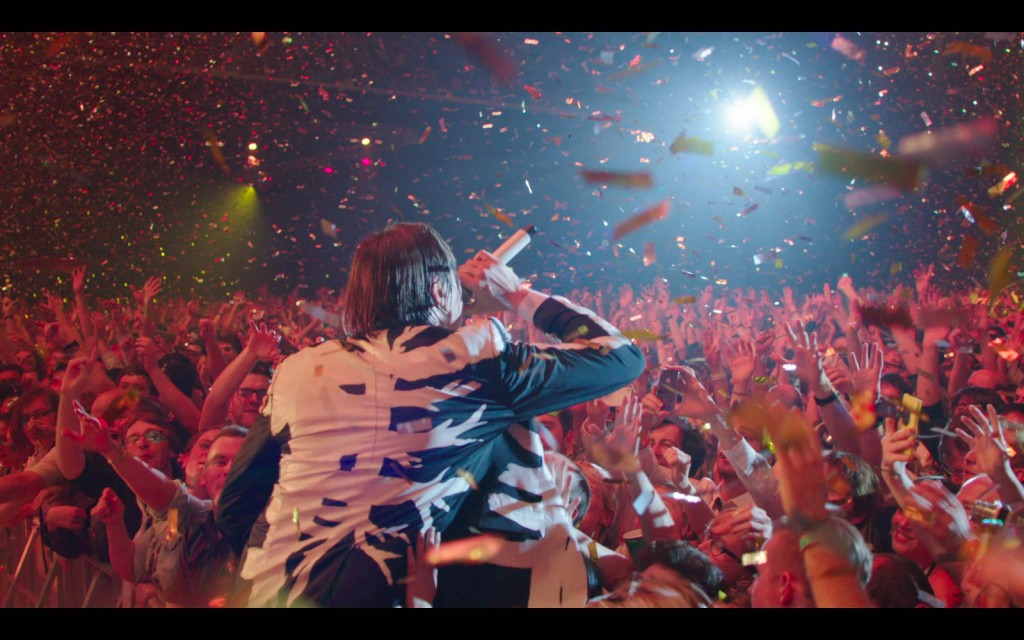 WATCH NEW FOOTAGE FROM THE FILM WITH JAMES MURPHY HERE

OUT IN UK CINEMAS SEPT 24

The internationally renowned, Grammy Award-winning Arcade Fire’s first feature film, The Reflektor Tapes, has been confirmed for inclusion in the 2015 Toronto International Film Festival, which commences September 10th. The screening on September 12th will be the worldwide premiere, debuting for a prestigious international audience alongside the likes of The Danish Girl starring Eddie Redmayne and The Martian with Matt Damon and Jessica Chastain, as part of TIFF’s 40th anniversary celebrations. Details on screenings can be found at http://tiff.net/festivals/festival15.

Additionally, the theatrical release of The Reflektor Tapes has been moved up one day in North America to September 23rd. Tickets for The Reflektor Tapes are now on sale, with more screenings soon to be confirmed. For a list of theaters, times and further information – as well as brand new footage of the band recording “Afterlife” with James Murphy in the studio – see below or go to www.TheReflektorTapes.com

The Reflektor Tapes is directed by 2013 Sundance Grand Jury Prize for Short Films winner Kahlil Joseph, and produced by award-winning studio Pulse Films (20,000 Days on Earth, Shut Up And Play The Hits) and What Matters Most. It is a film quite unlike any other; an authentic cinematic experience, meeting at the crossroads of documentary, music, art and personal history. The release will be brought to screens by leading Event Cinema distributor Arts Alliance. Each and every screening of this limited release will be part of a unique cinematic event to be shared by audiences around the world.

The Reflektor Tapes is a fascinating insight into the making of Arcade Fire’s critically acclaimed, international #1 album Reflektor. The film recontextualizes the album experience, transporting the viewer into a kaleidoscopic sonic and visual landscape. It charts the band’s creative journey as they lay foundations for the album in Jamaica, commence recording sessions in Montreal and play an impromptu gig at a Haitian hotel on the first night of Carnival, before bringing their breathtaking live show to packed arenas in Los Angeles and London.

Audiences will relive stunning concerts from the Reflektor tour, re-envisioned in true cinema high definition and surround sound. The film will also offer a rare opportunity for fans to delve beneath the surface and get closer to the band themselves. With Arcade Fire granting previously unprecedented access to Joseph, The Reflektor Tapes fluidly blends in never before seen personal footage, including interviews, documentation of the recording process and moments captured by the band themselves, to dazzling effect.

Arcade Fire said of the film: “There were parts of the Reflektor tour where I think we, Arcade Fire, came the closest in our careers to putting on stage what we imagined in our heads. We were insanely lucky to have Kahlil Joseph documenting from the very beginning.”

In addition to showcasing music from Reflektor and other albums in Arcade Fire’s storied back catalogue, The Reflektor Tapes will also give viewers a chance to hear a brand new, unreleased track for the first time and features an exclusive 15 minutes of unseen footage, filmed with the band only for cinema audiences.