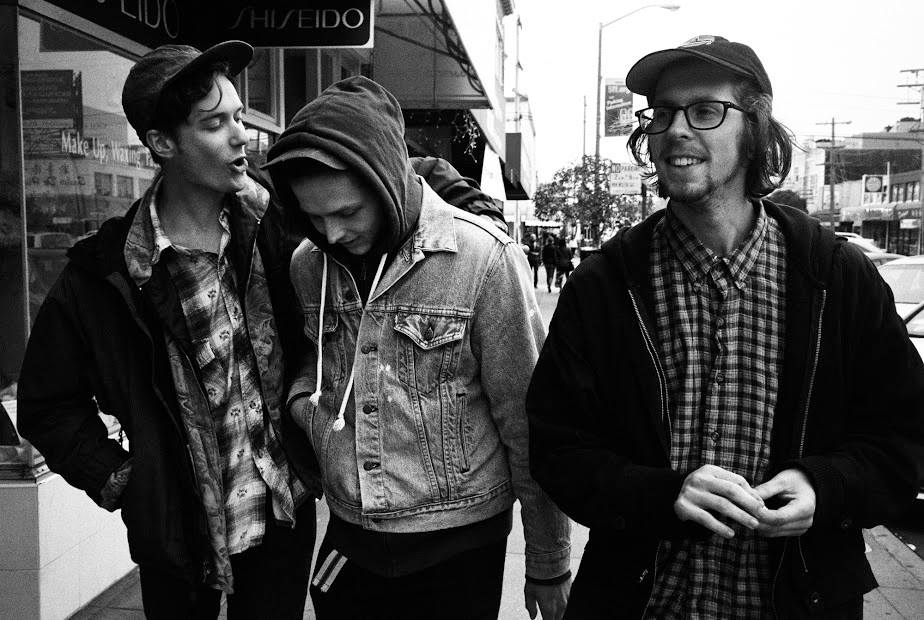 Gawk out now via the band’s own Gawk Records

Boston’s Vundabar are sharing their new music video for “Chop” via Interview Magazine. The clip captures the band’s skittish surf punk / indie centric glam-pop brilliance while highlighting their goofy sense of fun that embodies the true spirit of the band. Creating a decidedly different sound than their Boston peers, Vundabar have earned a reputation as one of the cities absolute best and hardest working up-and-coming bands.

Brandon Hagen, Vundabar vocalist/guitarist shared, “The concept for the music video for “Chop” was meant to mimic the songs concept. The chorus of “Chop” was written in the style of a 60’s love song, but the lyrical content sharply constants the musical stylings. It sounds like a love song, but is lyrically the anti-thesis to a love song and there’s an irony in that. This is the idea I brought to George Burghall, who directed. I wanted to bring the same irony of the song to the video and so we present ourselves as these glamourous and decadent characters, clad in chains and turtlenecks. “

STREAM VUNDABAR’S “CHOP” VIDEO VIA INTERVIEW MAGAZINE:
http://www.interviewmagazine.com/music/exclusive-video-premiere-chop-vundabar/
Vundabar, the seriously infectious Boston jangle pop trio have built a strong reputation throughout Boston as one of the city’s best up-and-coming bands, constantly touring and playing shows, and while they are fairly young (members are all between 20 and 21), their music is reminiscent of a band that has spent countless hours perfecting their sound.Gawk is the type of album that bubbles with soulful sun-drenched bliss, off kilter indie rock melodies, gorgeous harmonies and an endless supply of enormous hooks. East coast indie rock with a West coast soul… one listen and you’re hooked. The band are heading out on a US tour beginning tomorrow, check out all the dates below.

Vundabar was born out of the alienation that goes along with the high school years.Brandon Hagen (20) was a lanky weirdo, ill equipped for Scituate High School’s long standing history of sports, trucks, and drinking. His recreational activities included dodging rocks thrown by groups of future frat bro’s and in turn further egging them on by relaying spray painted messages in their driveways. Drew McDonald (20) was an equally lanky glasses-wearing loner, having moved three times throughout his youth to finally end up living next door to Brandon. This chance occurrence made Hagen and McDonald into an unlikely pair.

After a self release, incessant touring, and having Zackery Abramo (21) join to play bass, they received an offer from a French booking agency to tour throughout Europe. In the summer and fall of 2014 they toured Europe for three months, with a month long US tour wedged in the middle. Despite the excitement that came along with these opportunities, each member’s home life was becoming more and more unstable throughout these tours. The band had become a source of stability in a seemingly all at once unstable world. After these tours ended the three went into Mystic Valley Analog Recording Studio to record a follow up to ‘Antics‘.