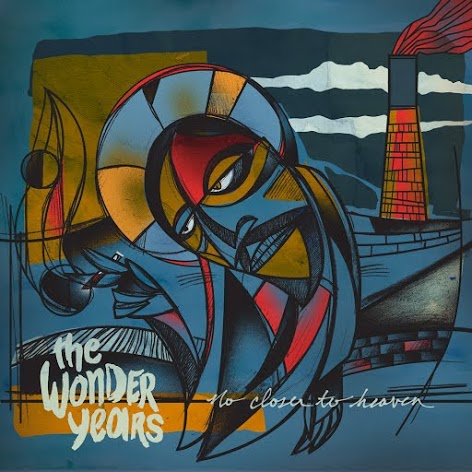 ‘Cigarettes & Saints’, the new song and music video from The Wonder Years is streaming now on www.thewonderyearsband.com. The video was directed by Jeremi Mattern and shot in Austin, TX.

The song is taken from the band’s highly anticipated fifth studio album, ‘No Closer To Heaven’, which will be released September 4th on Hopeless Records. The 13-track album, recorded and produced by Steve Evetts and mixed by Phil Nicolo, is now available for pre-order. ‘Cardinals’ and ‘Cigarettes & Saints’ are offered as instant grat tracks when pre-ordered digitally or physically at www.thewonderyearsband.com

‘No Closer To Heaven’ Track Listing:

3. A Song For Patsy Cline

6. The Bluest Things On Earth

7. A Song For Ernest Hemingway

8. Thanks For The Ride

The Wonder Years are currently performing main stage on the entire 2015 Vans Warped Tour and they’ll be returning to the UK in February next year as main support to Enter Shikari: