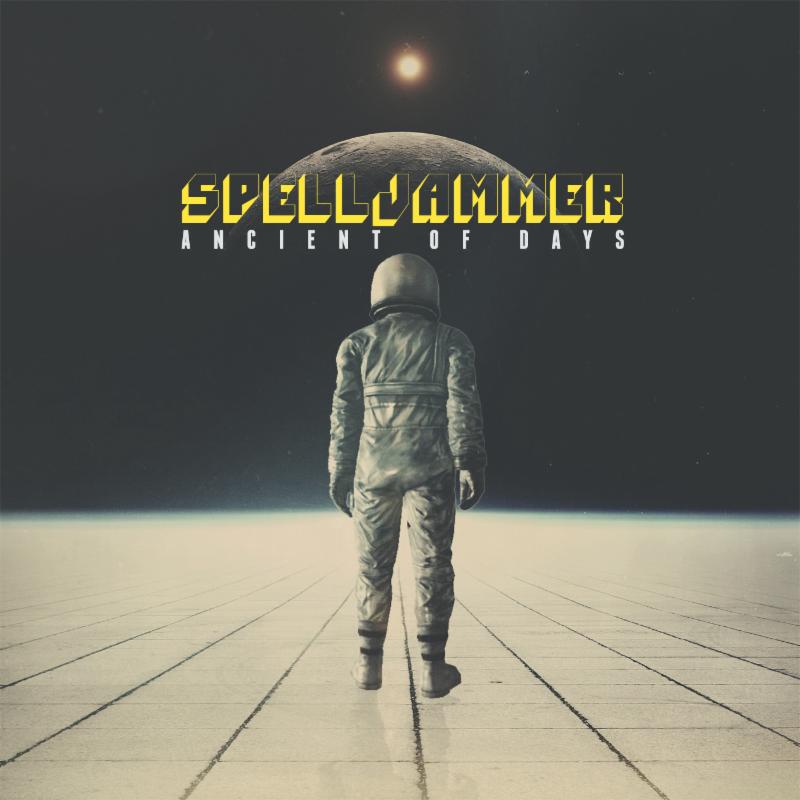 Swedish trio Spelljammer premiere the first track from their forthcoming album  Ancient of Days today via Brooklyn Vegan. The track “The Pathfinder” is available to hear and share –  HERE.

“We like things on a grand scale,” says Spelljammer bassist/vocalist Niklas Olsson. That’s a bit of an understatement considering the Stockholm, Sweden trio’s penchant for massive, slow-burning sludge riffs intercut with dramatic melodic interludes. There’s the pummeling heft of detuned guitars rumbling across the rugged expanse of unwieldy drums counterbalanced with moments of Master of Reality-era Sabbath‘s introspective acoustic breaks and Pink Floyd‘s Meddle-era psychedelia. These extreme shifts in dynamic give the band’s third album a sense of epic depth unlike most of Spelljammer’s peers.

“The vastness of everything is something that I seem to think about a lot,” Olsson says, “and I guess that shows in the lyrics.” Some of Ancient of Days‘ words were inspired by the epic poem Aniara by Swedish author and Nobel laureate Harry Martinson in which a spaceship leaving an uninhabitable Earth is hurtled off course, sending its thousands of passengers on a steady course in the wrong direction and there is nothing they can do about it. They will all slowly die as the ship continues from the solar system, forever into nothingness. This type of apocalyptic woe permeates throughout the 5-song, 40-minute album in perfect bond with the vastness of the music.

Ancient of Days is not just the band’s third release, but in many ways, a rebirth. It’s Spelljammer’s first recording as a trio — with Olsson taking over bass duties and new drummer Jonatan Rimsbo battering the skins — and the culmination of a progressive move toward a heavier, doom-laden sound, away from the desert rock leanings of their 2010 debut Inches From the Sun. Vol II saw the band spreading out into darker territories. After writing sessions fell apart in 2013 for a followup to Vol II (reissued in early 2015 by RidingEasy Records) Olsson and guitarist Robert Sorling scrapped nearly everything following the departure of half of the band. The two began to build from the ground up as a duo with new ideas that resulted in the invigorated Ancient of Days. It’s the band’s most focused and deliberate in both its complexities and simplicities.

“Having recorded the previous two albums in a more patchwork kind of way,” Olsson says, “we were very set on going into one studio and doing the entire thing.” In so doing, they banged it all out over a weekend in January 2015 at Ingrid Studio in Stockholm, engineered and mixed by Christoffer Zakrisson. Here, syrupy guitars ooze from the speakers, the drums sound like they’re perched atop a giant barge and howling vocals float throughout the proceedings. Ancient of Days very effectively embodies the boundless, otherworldly essence of its inspiration.

Ancient of Days will be available everywhere on LP, CD and download on October 2nd, 2015 via RidingEasy Records.