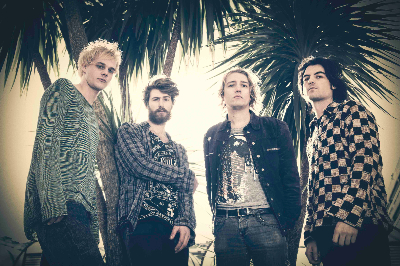 “The dream of the ’90s is alive with Storms, who resurrect sloppy, riff-driven grunge rock” – Notion

“With wrenching, scathing vocals and the splicing of Britpop and American College rock riffs, Storms are painting themselves as a band ready to take on the world, one song at a time” – Disorder

Following on from their performance at the Isle Of Wight festival and the release of their debut track ‘Girl’, noisy pop-grunge four piece Storms have revealed their second track ‘Shame’, which is available as a free download from their website –http://stormsband.com

As the name suggests, ‘Shame’ drifts between enchantingly melancholic stomping verses and an anthemic chorus, showing us why they stand tall at the front of an emerging Brit grunge scene with 90’s indie melodies and Seattle driven guitars.

Felix Howes, writer and guitarist, explains the story behind ‘Shame’: “’Shame’ is a song about all the things we’ve done that make our skin crawl, when we think back on them. We all have these memories, whether they’re momentary and embarrassing or perpetual and corrosive. The song tells the stories of a sex-addicted husband and a mother forced into prostitution. They contain the most powerful relationships we’re supposed to hold in life: marriage and love for our children. I think it’s screwed up how the act of physical love can be survival for one party and the downfall of another, all at the same time. To quote Ian Curtis, “Love will tear us apart, again”. 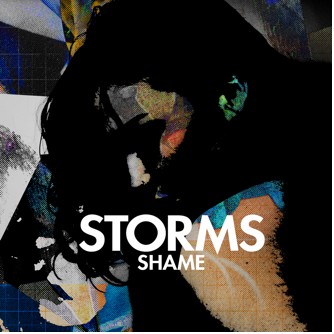 ‘Shame’ follows on from the release of their highly praised debut track ‘Girl’, which saw the band receive instant acclaim with Clash saying, “Storms have a contagious edge. It’s there in their live shows, and it’s also there in the band’s songwriting – catchy, melodic yet retaining a real sense of grit”. The highly hilarious video for ‘Girl’ reached over 30,000 views in just a week, including over 18,000 on its first day alone.

“[Girl]… fronts an upbeat melody layered with a heartfelt croon, made raw by a scuzzy 90s’s grunge undertone.” – Wonderland

‘Girl’ has attracted new fans and supporters alike. Radio highlights have included ’Shock Of The New’ on Jo Good’s XFM Show and being added to the XFM Evening Playlist. Other plays include Nick Roberts at BBC Introducing North East, Dan Roberts BBC introducing London and John Kennedy and a Hattie Pearson’s Track of the Week on XFM.

Storms have taken the finest from their influences to create their own unique blend of hypnotic pop and grunge. Big anthems and attitude run through the band with London On The Inside describing debut track ‘Girl’ as “starting off on a Weezeresque melody and effortlessly building to a soul soaked scuzz filled refrain that’s nothing short of anthemic… it would seem the nineties noise-pop pioneers are creating quite the storm”

They’ve been building a solid reputation across the industry and creating quite a name for themselves with NME tipping their song ‘Swell’ last year, stating: “It’s hard not to fall for Storms after you hear their charming track. What ostensibly starts as a melodic slacker gem in the vein of Mac De Marco quickly evolves into a Nirvana-style thrash, and then back again.”

‘Girl’ saw Storms support The Rifles at The Electric Ballroom, and play a heaving Macbeth for This Feeling club night. Storms were also selected as one of only four artists from over forty acts at the Isle Of Wight Festival to have their set filmed by Jack Daniels. ‘Girl’ from the Isle of Wight has had over 15,000 views – watch the video here.

And it’s live where Storms really shine. Their powerfully melodic songs and energetic live delivery has captured an array of new fans over the last year.