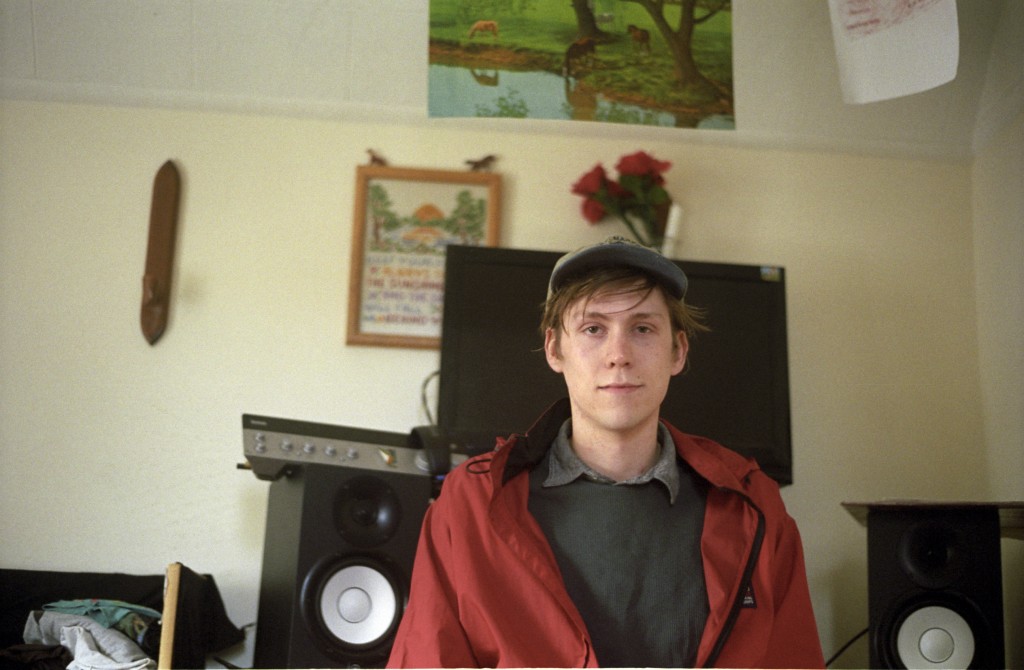 Run For Cover Records are excited to announce the upcoming release of Spencer Radcliffe’s full length debut Looking In, set for an October 2nd release. Having worked under his own name since the beginning of 2013, Radcliffe has made a point to let his music do the talking, keeping a low profile while remaining prolific with multiple releases each year since the project’s inception. Following last year’s highly praised Brown Horse split with R.L. Kelly on Orchid Tapes, Radcliffe has expanded upon his songwriting, occupying new sonic territory between intimate noise pop and reflective experimentalism. Looking In offers Radcliffe the ability to showcase a wide range of nuance throughout the record, transitioning from traditional songwriting to tape manipulated noise within moments, simultaneously creating and deconstructing melodies at a whim. Radcliffe’s songwriting stands vibrant and challenging with one foot consistently pushing the envelope and another firmly placed firmly in blissful pop.

Stereogum premiered the album’s first single “Mia” while naming Spencer Radcliffe an “Artist to Watch” in their ongoing feature series. Speaking about the new single, Stereogum shared, “Radcliffe’s songs feel, simultaneously all-knowing and knowing nothing at all. On “Mia,” the first song he’s sharing from the upcoming record, he harbors a secret like a curse. There’s a divide between Radcliffe and the rest of the world, but he bridges the gap with his music, and makes us feel like we’re on his side too.”

Diving further into the recorded world of his music, Stereogum offered, “Radcliffe operates in a drift, more comfortable with floating around in his own head. He feels in this world but not of it, lost and looking for an answer without really knowing the question. Tape delay and overdubs stand in for hesitation and second-guessing; sometimes, a single chord can travel the entire spectrum of human emotion.”

Currently living and working in Chicago, Spencer Radcliffe still calls Ohio home. Anticipating which direction he will be growing next as an artist, however, is not as easy to pinpoint. After self-releasing a number of brief albums recorded at different points in time throughout scattered locations, the multi-instrumentalist turned the ear of the underground in his direction last year with the release of Brown Horse, a split cassette on Orchid Tapes alongside R.L. Kelly.

This fall, he joins Run for Cover Records for the release of his debut full-length, Looking In. The album, recorded in solitude at Queen Mary’s Lighthouse in Chicago, encompasses all corners of Radcliffe’s songwriting style, leaving no part of his sonic map uncovered. Guitars and carefully outlined drums accentuate his pop craft on tracks such as “Mia” and “Yankee.” Traditional songwriting methods come apart naturally elsewhere through tumbling Rhodes piano, modified electronics, and brass in disarray. The one instrument that stitches the album’s atypical patchwork together is Radcliffe’s voice, allowing listeners to draw up their own impressions of his often equivocal work.