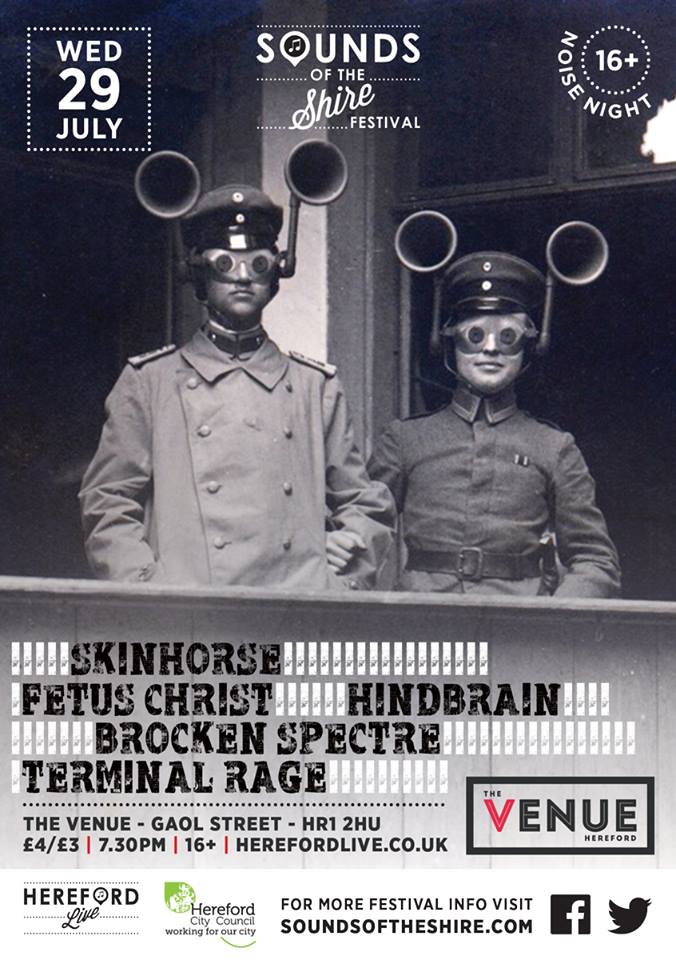 This was the Sounds Of The Shires‘ night of noise featuring a whole host of bands well versed in all manner of heaviness.

Kicking things off were local punks Terminal Rage who blasted through a well oiled set of boot stomping punk rock that had the audience engrossed. Covers of The Clash‘ Should I Stay Or Should I Go and English Civil War (sung by the bands Clash t-shirt clad drummer) and the Sex Pistols Anarchy In The UK went down extremely well, as did their own material. Finishing off with a cover of Anti Nowhere League‘s censor baiting classic anthem So What (although I did noticed that the band changed one line in the song although knowing what it was it was probably got the best!) ensured the bands set ended with a bang. 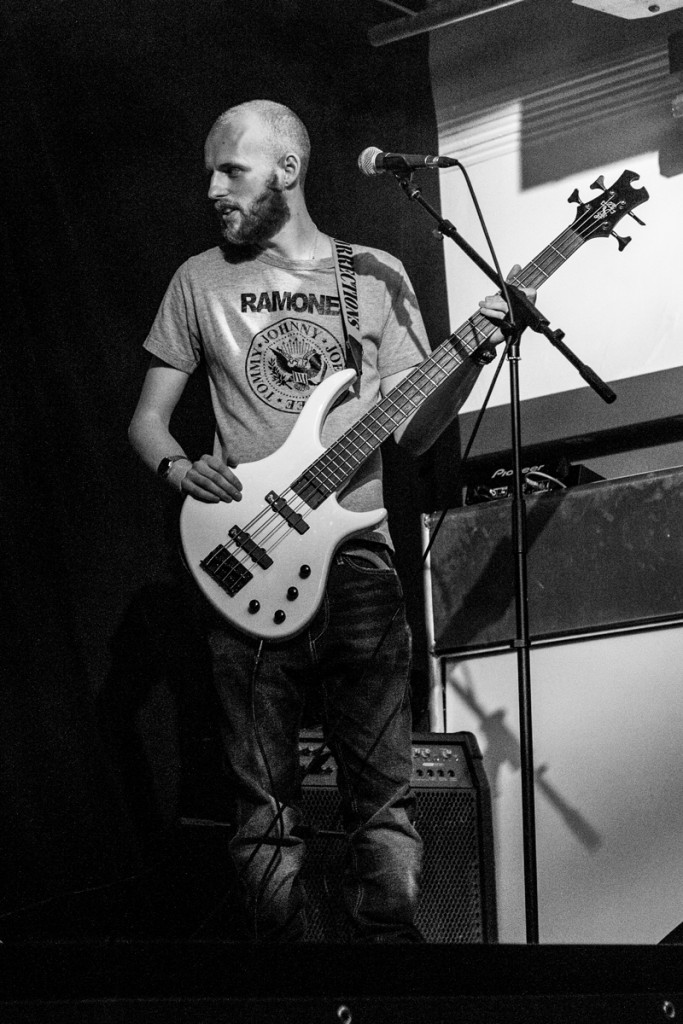 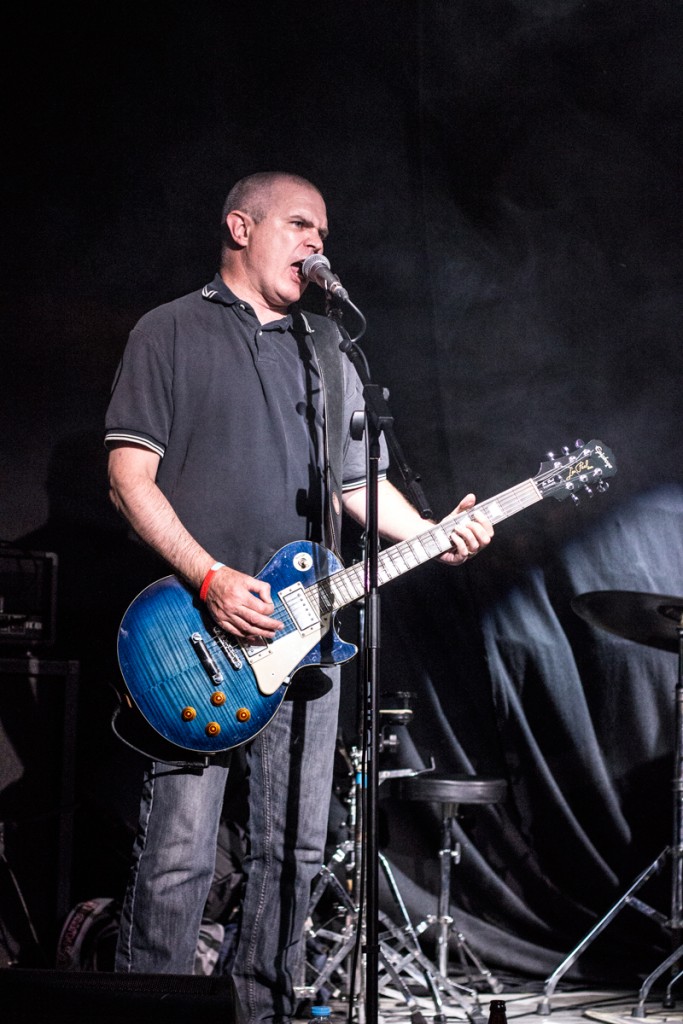 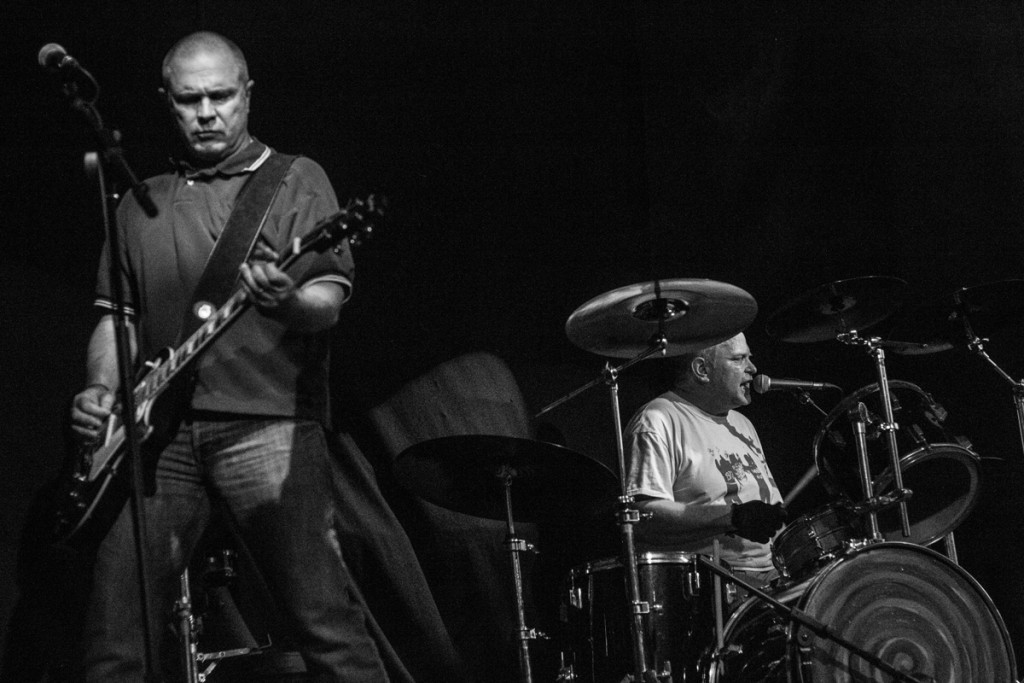 Next up were Brocken Spectre who wowed the audience with some fearless instrumental soundscapes and intricate playing. Reminiscent of the progressive likes of Between The Buried And Me and Animals As Leaders with a bit of Meshuggah thrown in, Brocken Spectre put on a show that had the crowd watching in amazement at the musicianship on offer. 8 string guitar playing some elaborate rhythms that merged with the bass and the drummer annihilating his kit made for an epic spectacle. Playing material from their latest EP, their set went down extremely well and the band ended their set having left everyone in the crowd in awe. 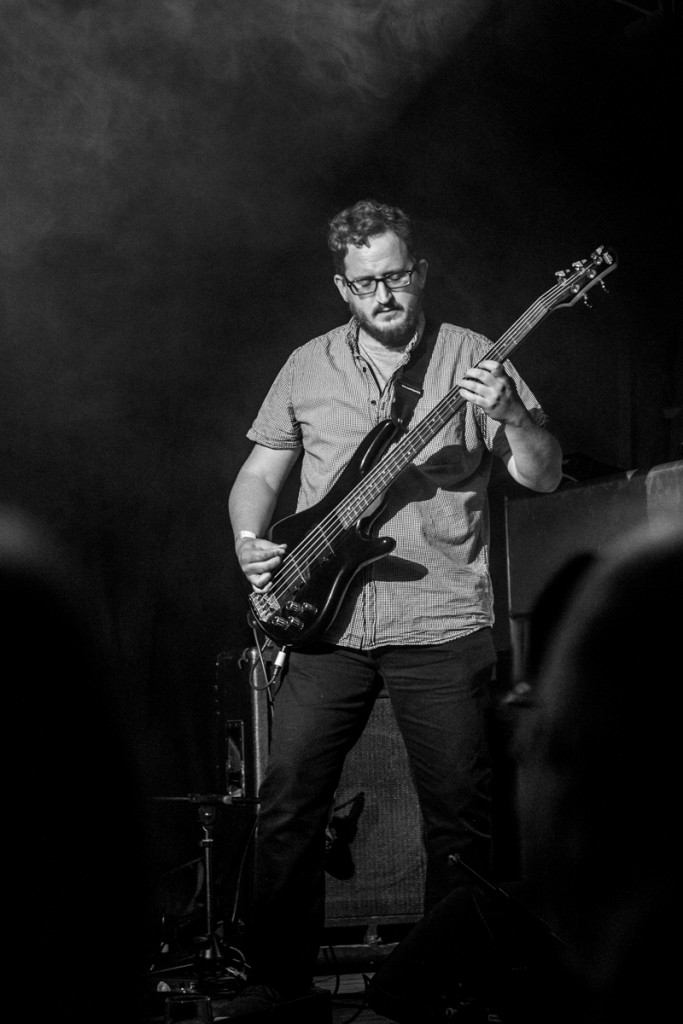 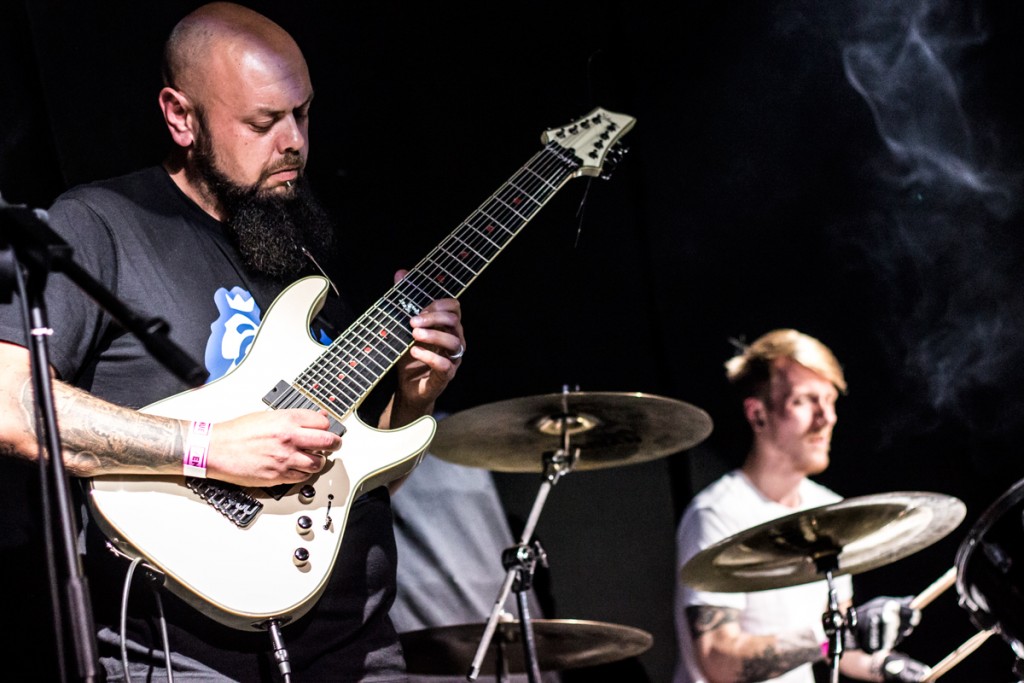 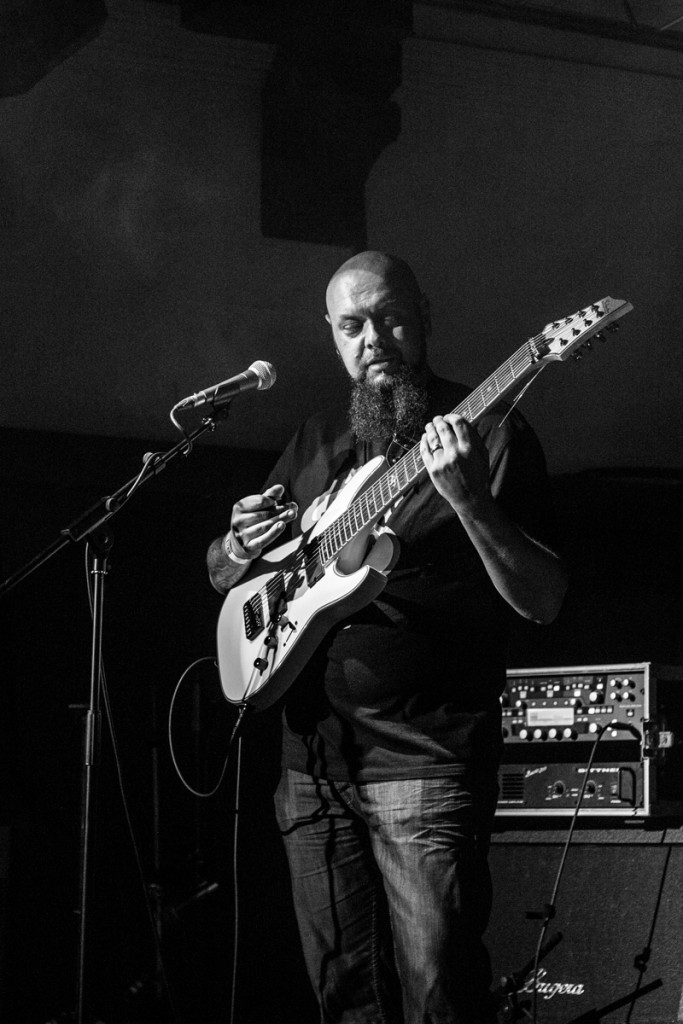 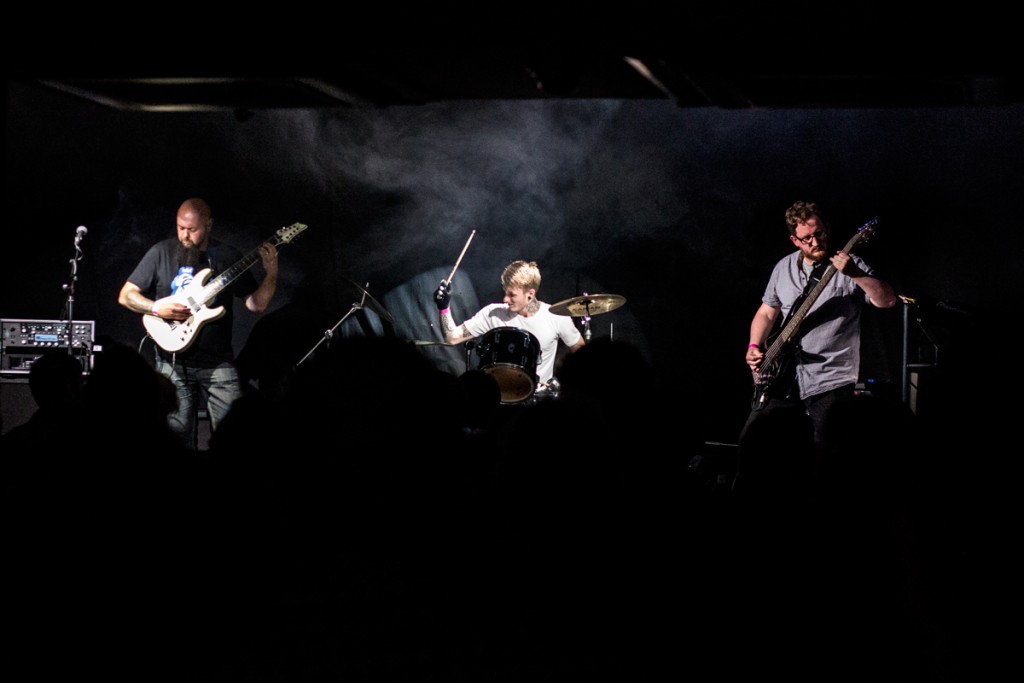 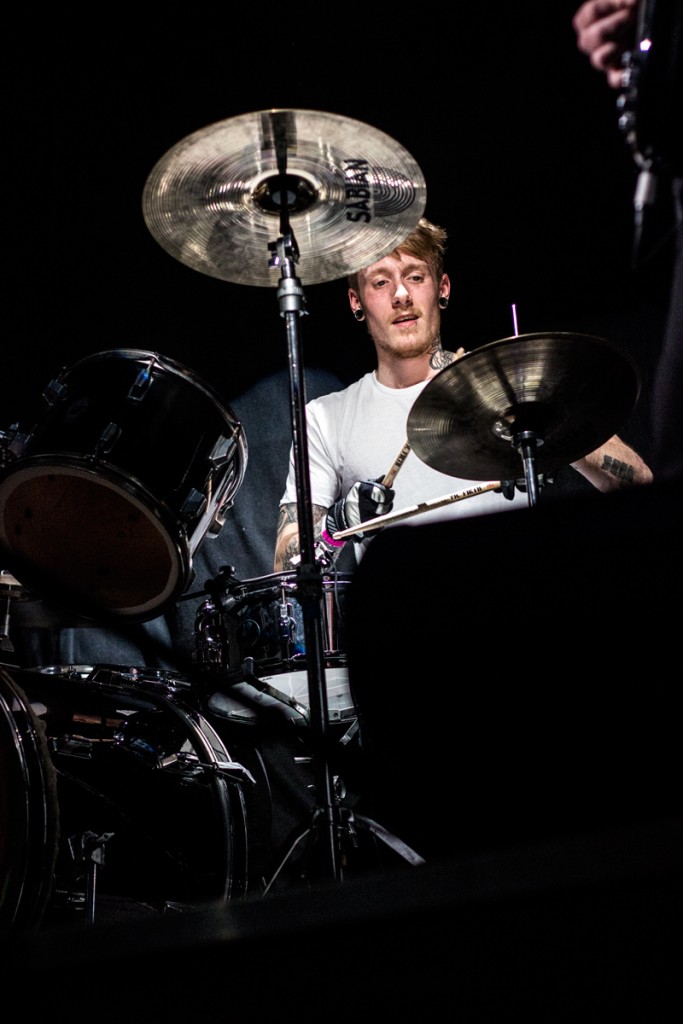 Some distorted bass akin to what Nick Oliveri or Scott Reeder would kick out a classic Kyuss gig, signaled the arrival of two piece noise rock band Hindbrain to the stage. Plenty of more distortion seared through the bands set with their brand of psych influenced noise freak outs. Having not played live for a while, this was Hindbrain‘s comeback gig and they have not lost anything during that period of hibernation and simply came on and slated with their mind bending jams. This was a grooving set featuring the use of slap bass that put the audience in some sort of grooving noise rock trance. 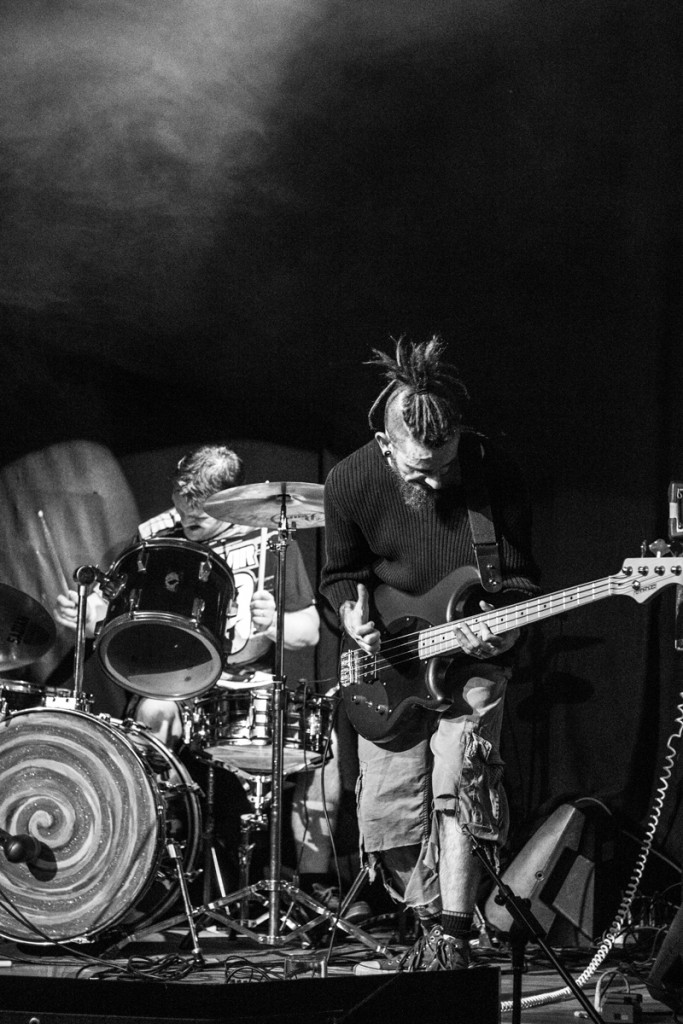 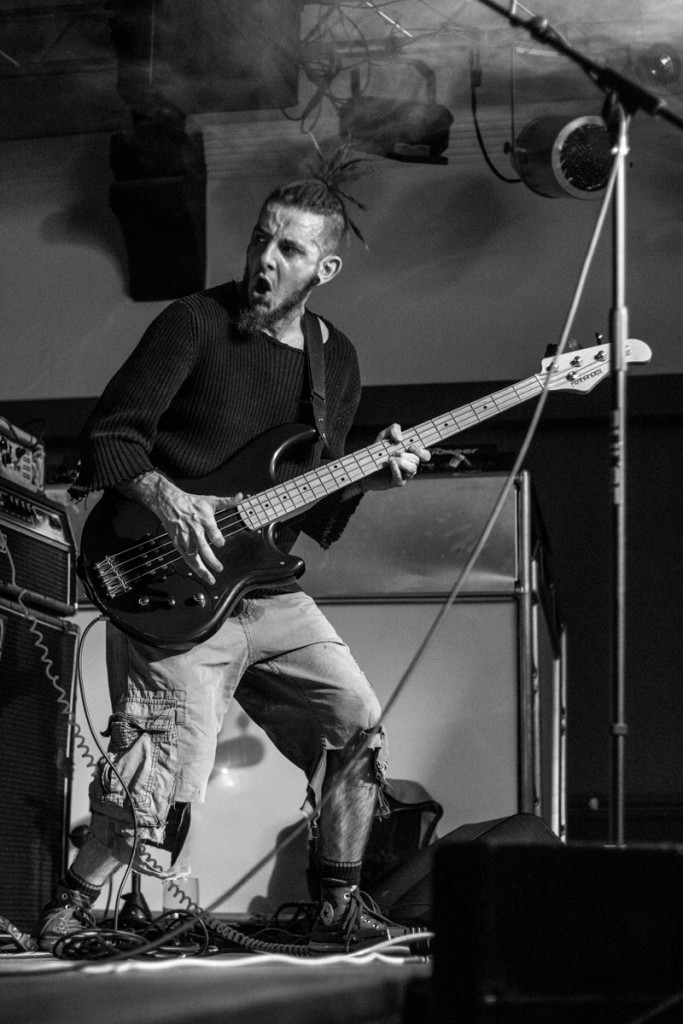 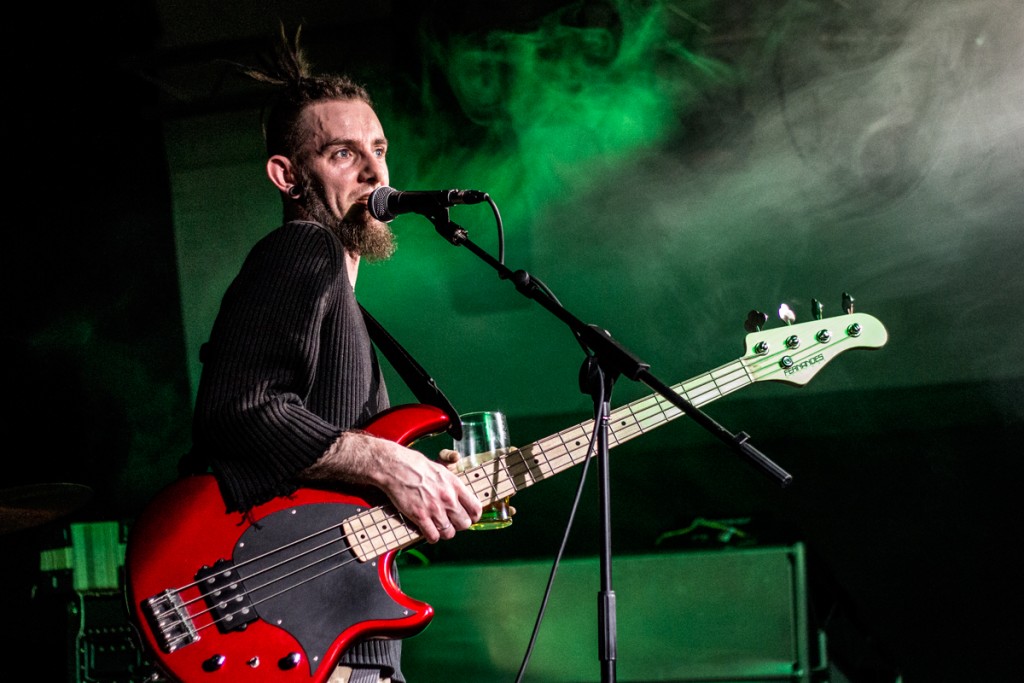 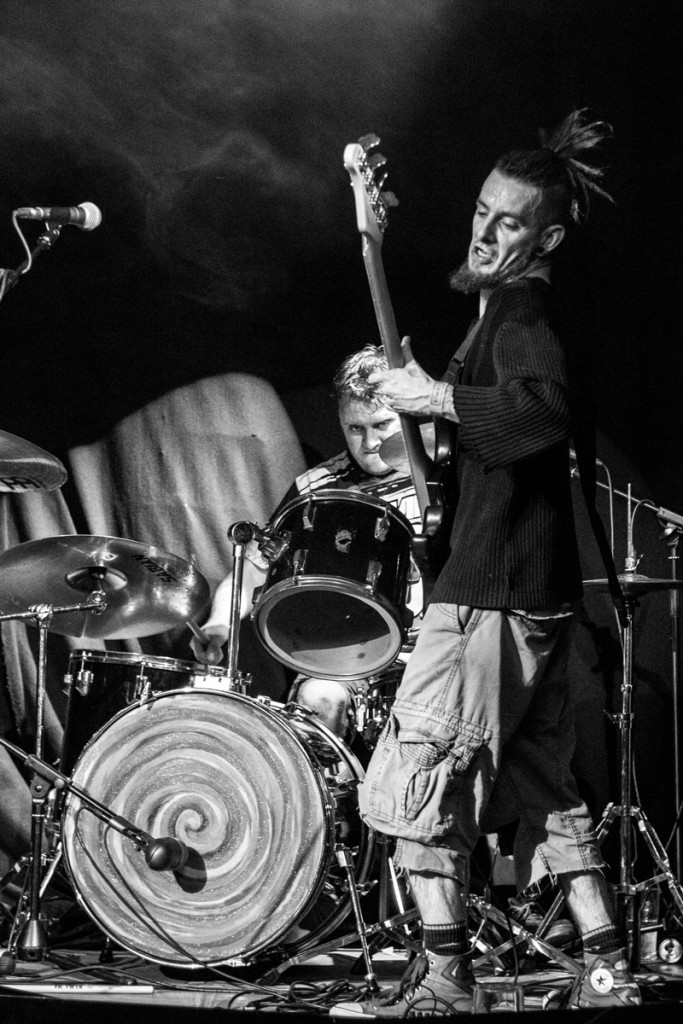 By far the heaviest band on the bill, Fetus Christ came on and took absolutely no prisoners with their brand of no nonsense and hate filled grind. With guitarist Joe and drummer Oli thrashing out the grind violence from The Venue‘s stage, vocalist Liam prowled the dancefloor like a wild animal looking for its next piece of prey, all the while spewing out venom like a madman to the crowds delight. A short sharp shock of a set that delighted the crowd. 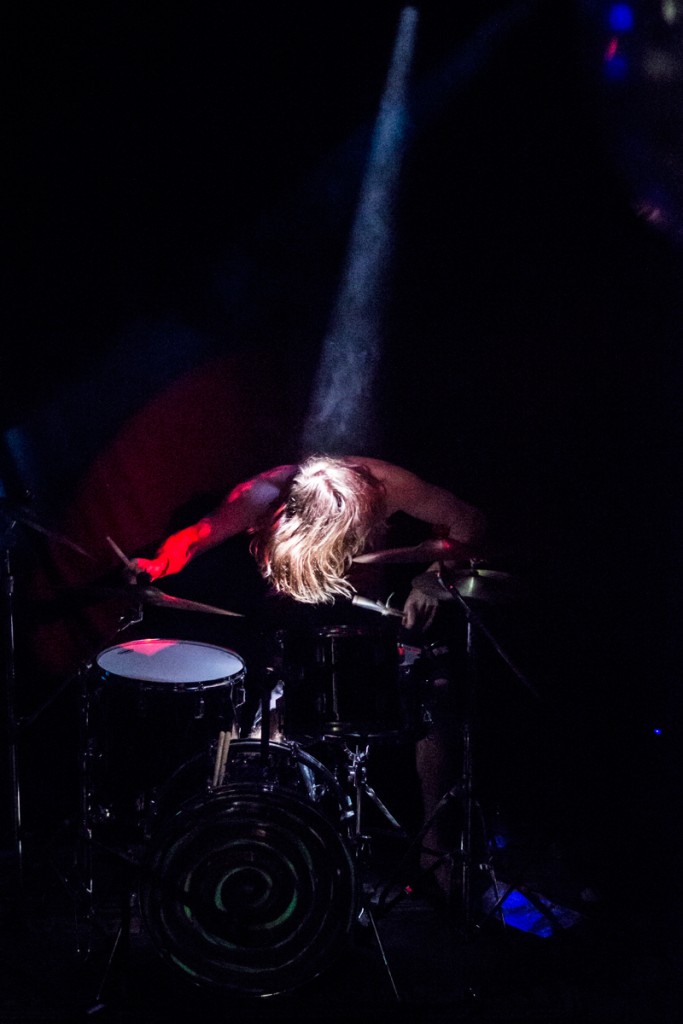 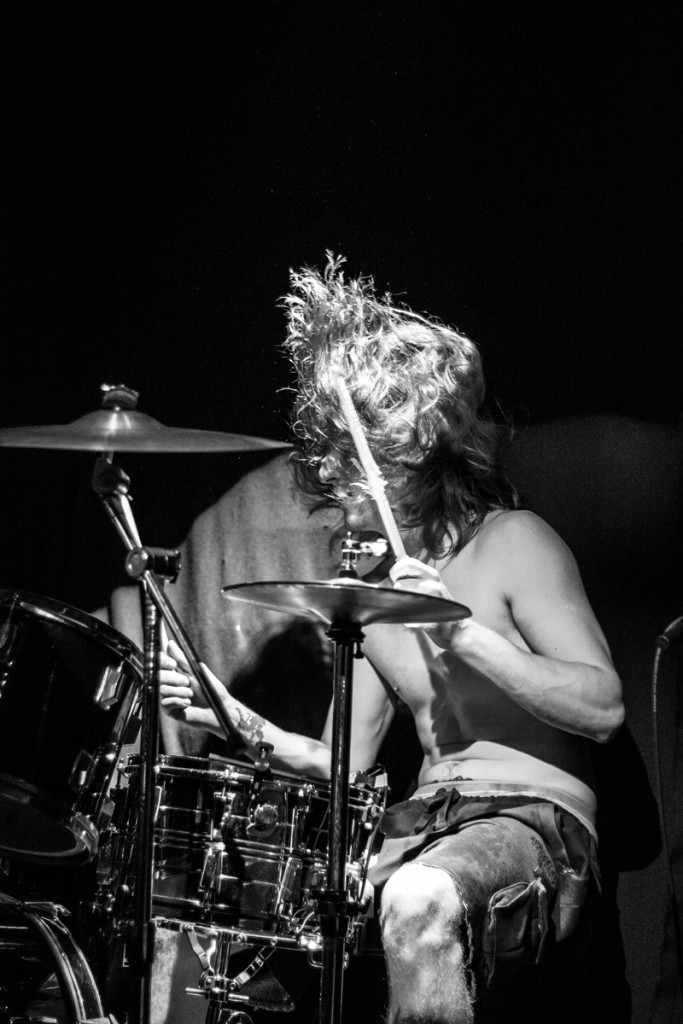 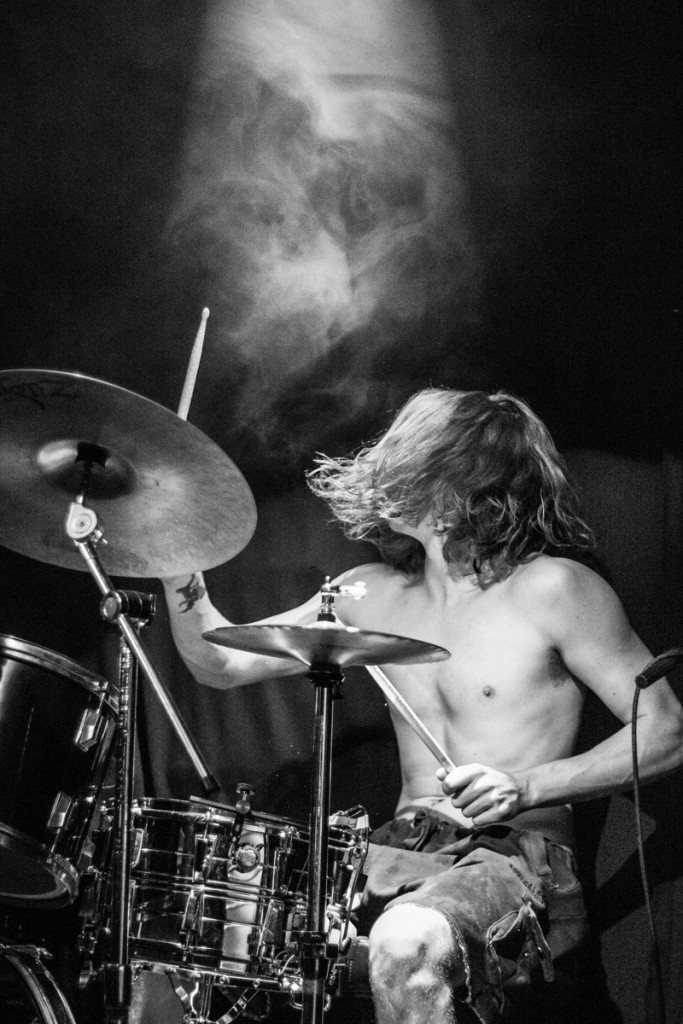 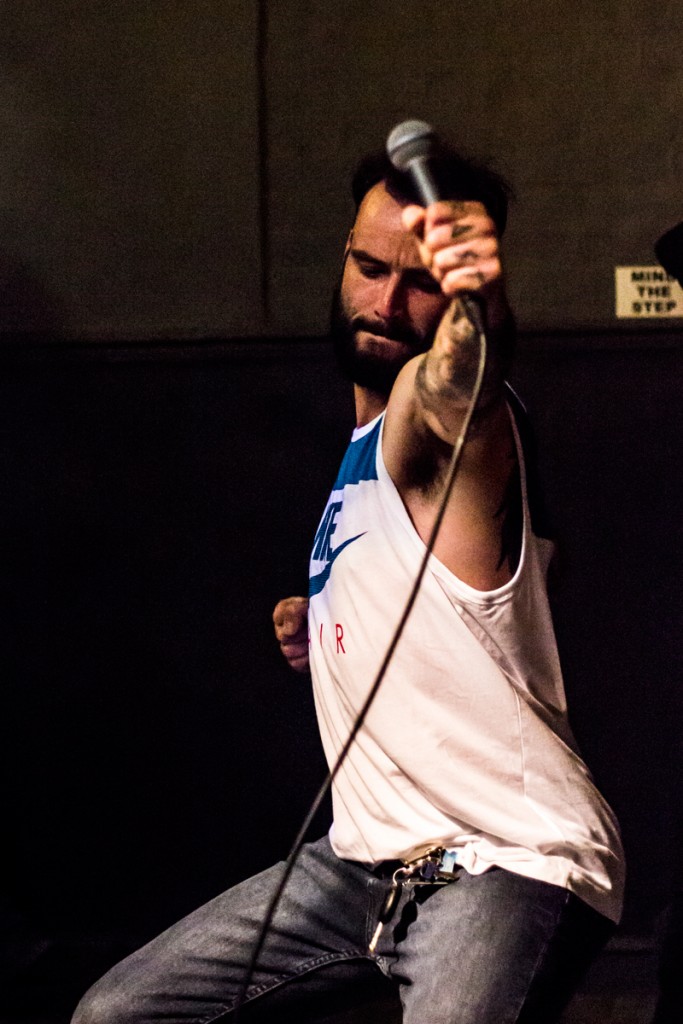 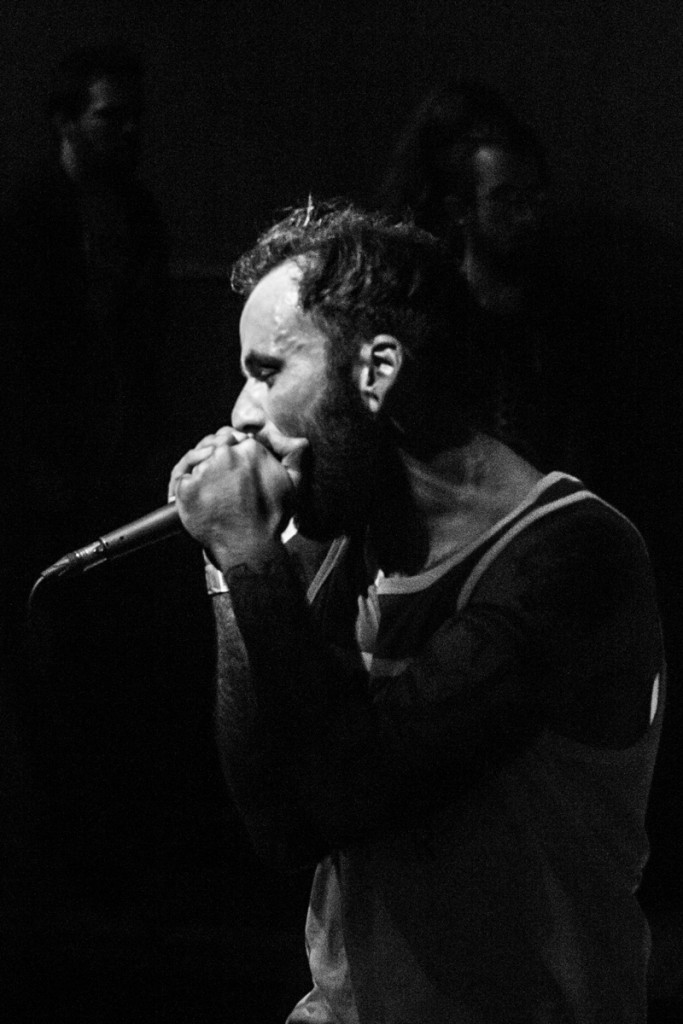 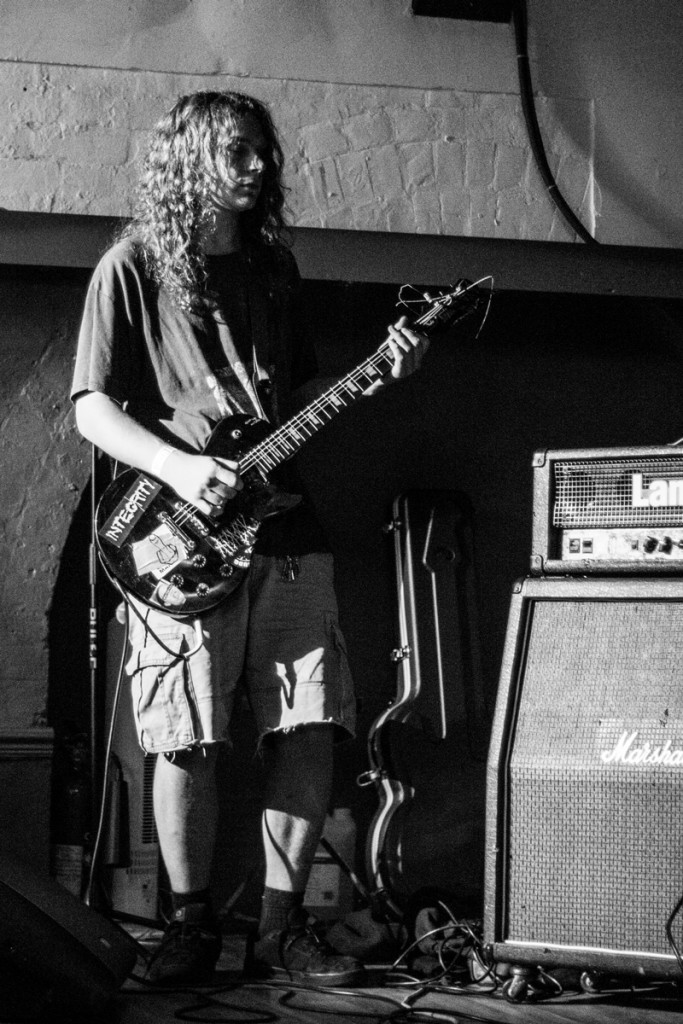 Last band of the night were fuzz rock behemoths Skinhorse who created a barrage of noise rock goodness. Their grooving and fuzzed out take on instrumental noise rock had everyone nodding along as the waves of riffs and banging drums hit all in attendance full on in the head. You couldn’t help but get drawn in to their infectious and massively heavy web as riff after riff clashed with an insane drum tattoo. A fitting end to a night of majestic heaviness. 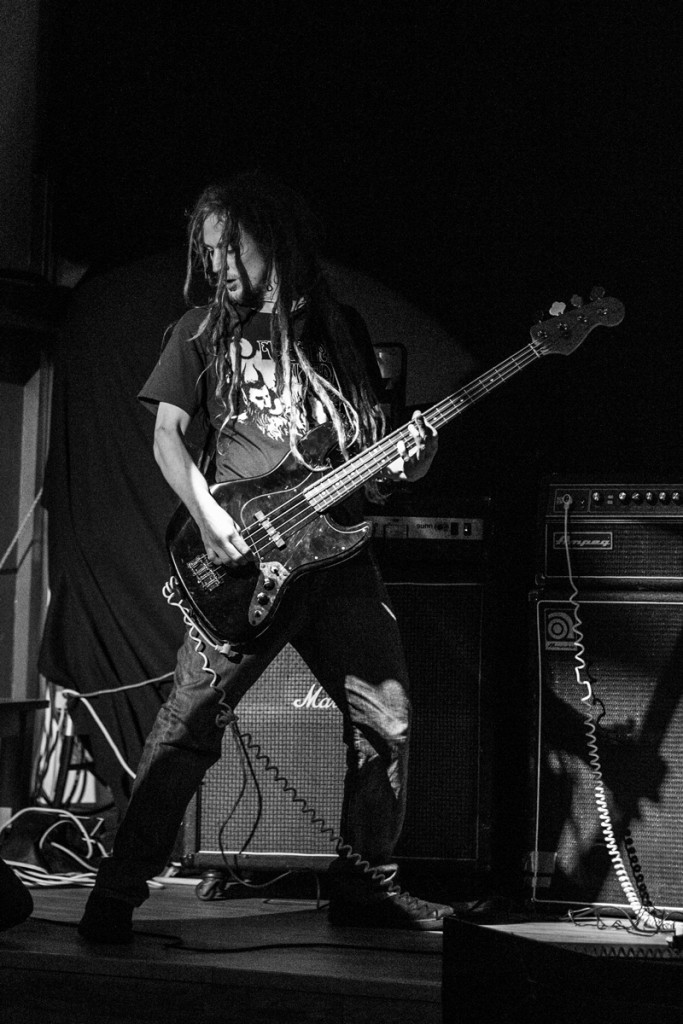 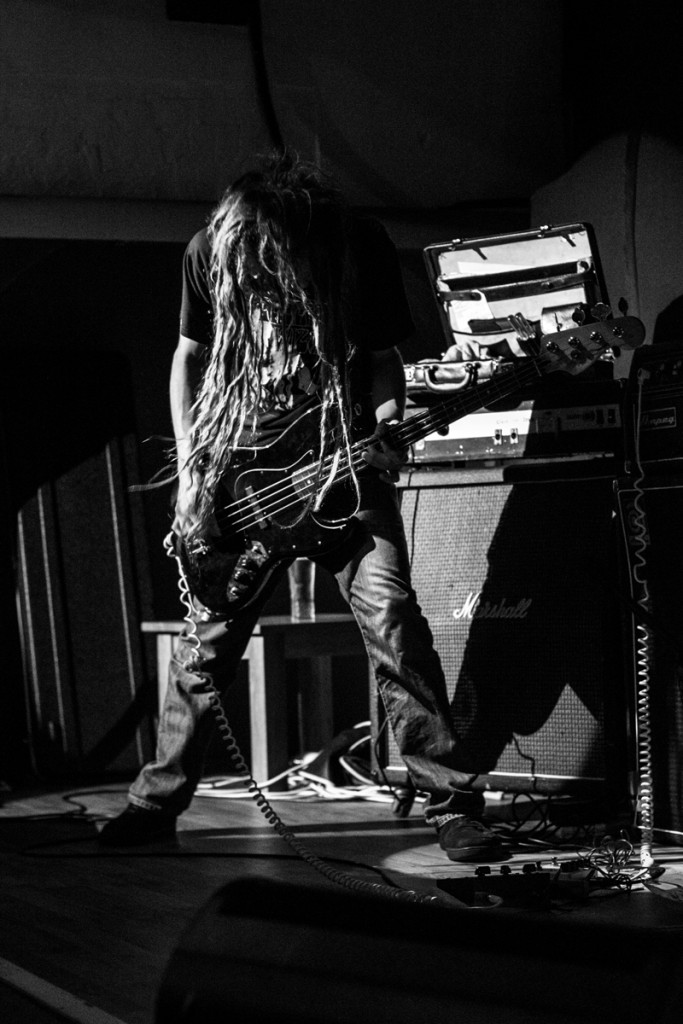 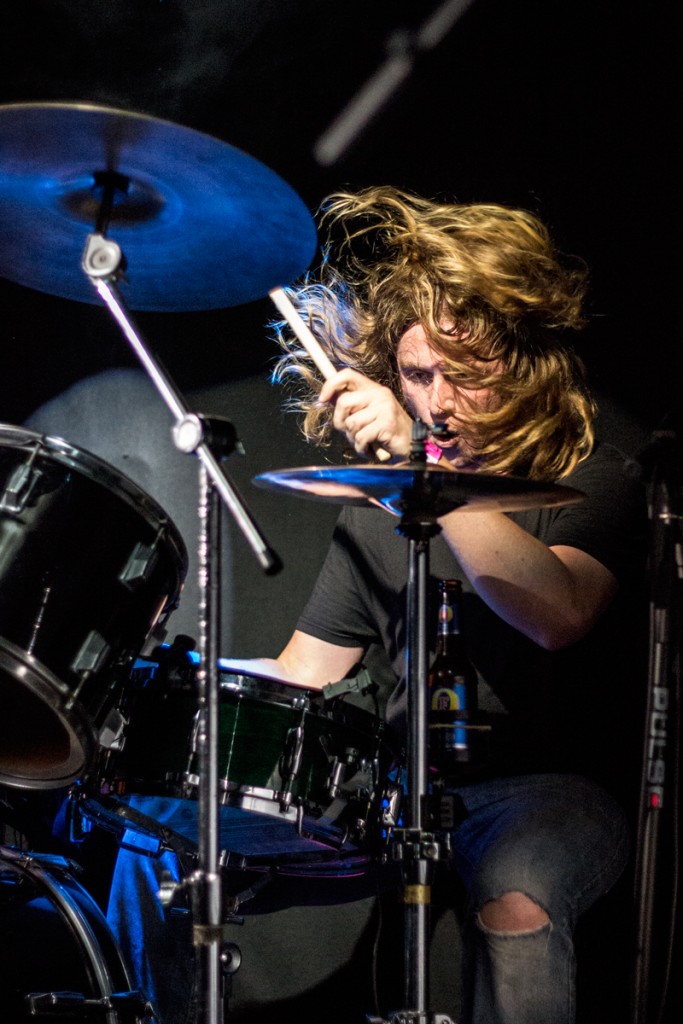 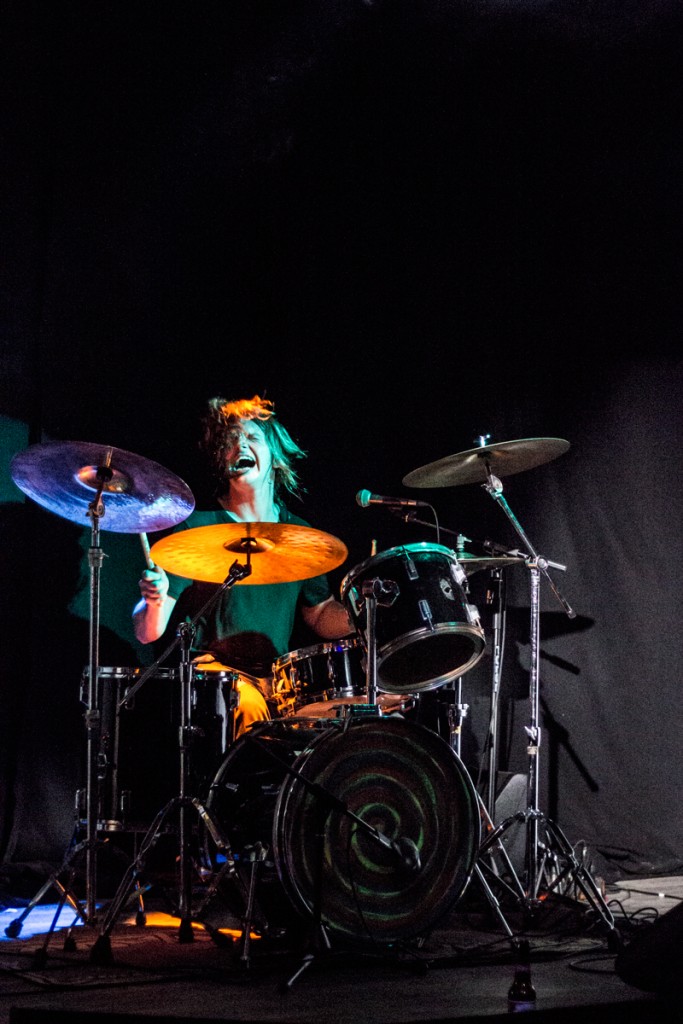 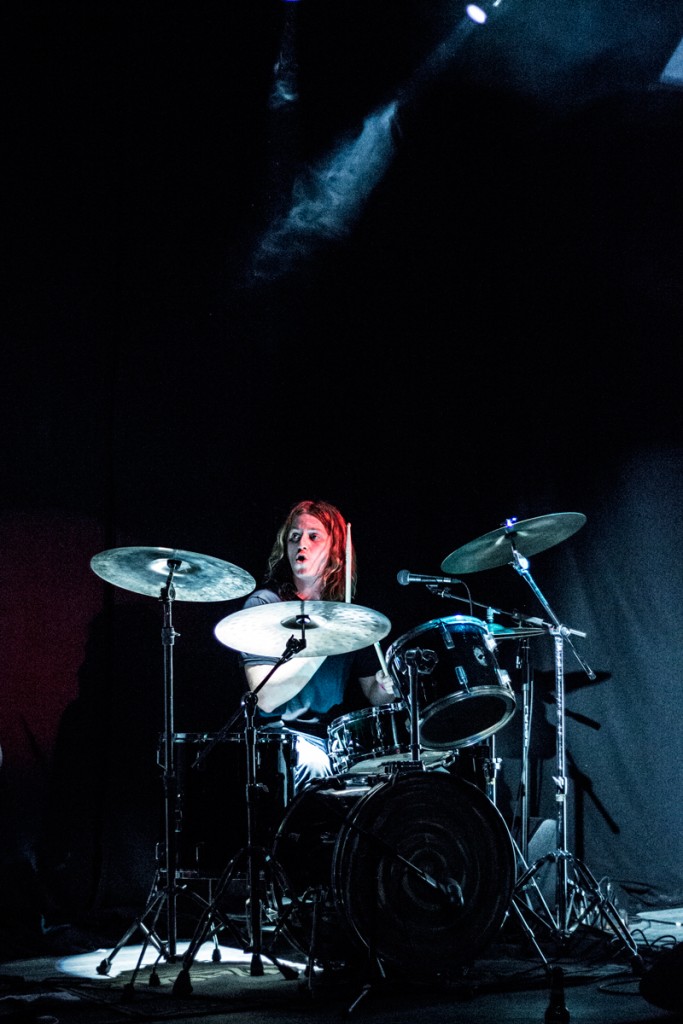 All the bands played a blinder and the night was a fine showcase for their talents as well as showing the breadth of heavy bands from Hereford.

All Images by B at Gippa– Please feel free to use, you are encouraged to share these images providing a credit to B at Gippa.