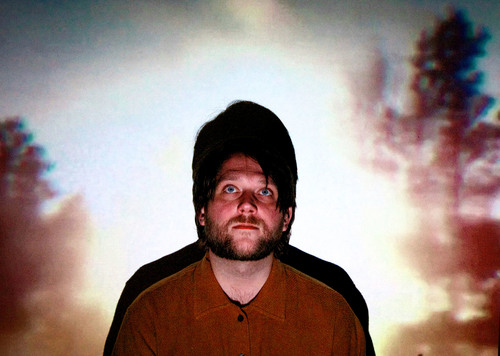 “Powerful and piercing, like the vocals of My Morning Jacket’s Jim James, Stalhamre’s voice is a thing of wonder… An impressive, self-assured debut.” Morning Star
“Immediately contagious.” Clash
“Beautifully haunting music.” KEXP
Listen to “Gold”
https://soundcloud.com/small-feet/gold
WATCH Video for “Rivers” here:
https://youtu.be/MXpNN_-gpuA
Watch Video for “All and Everyone”
https://youtu.be/n7CDSZt5Z2M
The New York Times are streaming the debut album From Far Enough Away Everything Sounds Like the Ocean by Swedish folk trio SMALL FEET in advance of its US release next week (via Barsuk), and UK release on 14 August via Control Freak Kitten Records. The New York Times describes it as; “guitar-driven refrains call to mind Band of Horses and Edward Sharpe and the Magnetic Zeros.”
Fronted by Stockholm based songwriter Simon Stålhamre, SMALL FEET draw from American influences, drawing comparisons to Neil Young, Jim James (My Morning Jacket) or perhaps a Scandinavian Woods. Stålhamre was a virtual recluse after leaving school at 15 and whilst working at mundane jobs, built up a wealth of intelligent, imaginative and magical songs.

The band performed on NPR’s World Cafe recently as well as taping an appearance for NYC’s WFUV and appearing live on the air during John In The Morning’s show on KEXP. Previous singles “Rivers” and “All And Everyone” are receiving significant radio play on 6 Music (Steve Lamacq, Lauren Laverne) and the album has received rave reviews from Mojo and Uncut.

It seems baffling that a songwriter as adept as Stålhamre, is only now releasing his first record.  Having quit school at 15, he nevertheless possessed a natural intelligence and gift for music, yet he was shuffling a pack of demons that provoked an increasingly reclusive lifestyle. So, instead of attending school, he employed TV as his academic mentor – learning English from the American shows that dominated his small country’s schedules and working in jobs such as a nurse, a fly-poster and a café worker, and was about to enroll in a course to become a city bus driver – while, all the time, building up a catalogue of songs, which due to his isolation seemed destined to remain hidden.

Encouraged by Jacob Snavely (an ex-pat American musician), Stålhamre’s artistic emancipation was spurred on by the inheritance of one of a cluster of historically protected, 18th century cabins on Södermalm, an island in central Stockholm. Owned by the government, the cabins are leased to artists and Stålhamre’s uncle passed his contract on to his musical nephew. He converted the cabin in to a studio and assembled a band (with Snavely on bass and drummer Christopher Cantillo), and it soon came to represent both refuge and breeding ground for Stålhamre’s creativity.

From Far Enough Away Everything Sounds Like The Ocean finds Stålhamre literally whistling his apocalyptic woes, employing an alchemist’s dedication to what once seemed impossible. This is the voice of someone who, at his wit’s end, has stumbled upon beauty after years spent in the gloom.