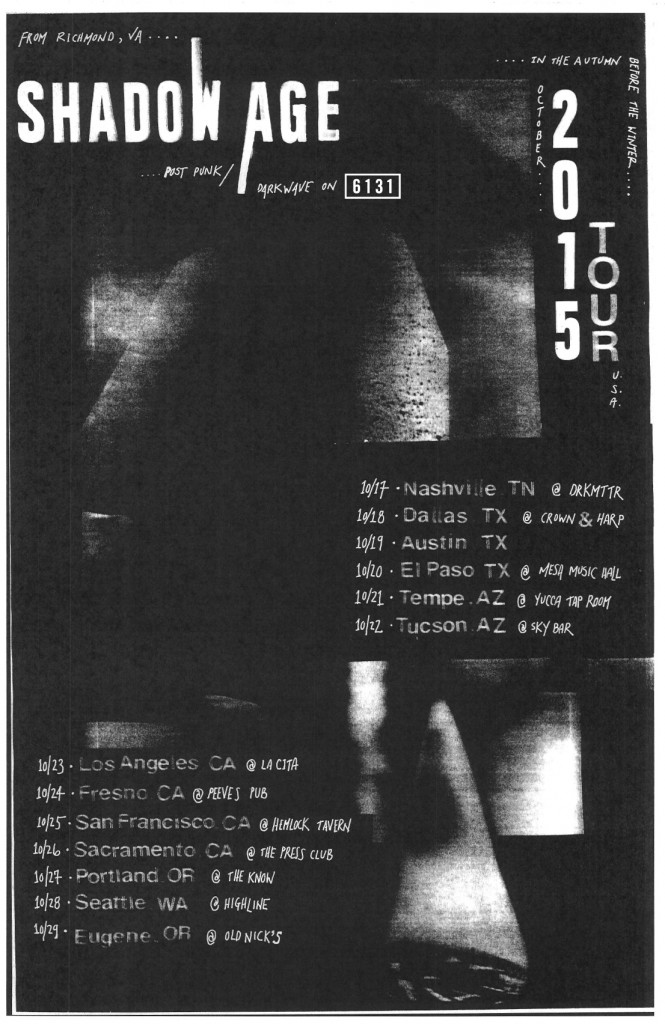 Silaluk EP Out Now via 6131 Records

Richmond, Virginia post punks, SHADOW AGE, have announced a run of United States tour dates that will see the band hitting the West Coast for the first time. The band will be taking their darkly melodic brand of goth punk on the road in support of their recently released debut EP, Silaluk, out now on 6131 Records.

In addition to their U.S. tour, SHADOW AGE is scheduled for upcoming live appearances with the likes of Chameleons Vox, Makthavarskan, and Lower.

Taking it’s name from the Inuit word for storm, Silaluk is three uncompromisingly dark tracks that swallow the listener in shimmering guitars, pulsating synths, and haunting vocals. Tyree’s affecting voice paints a desperate picture that is perfectly layered amongst the sheets of reverb and angular guitar lines. SHADOW AGE offer more than just intense atmosphere, though. The band is adept at crafting a hook and despite the EP’s brooding tone, some of the driving beats found on Silaluk are arguably danceable. With disparate influences converging with stunning cohesion, Silaluk is an impressive debut that hints at SHADOW AGE’s potential.