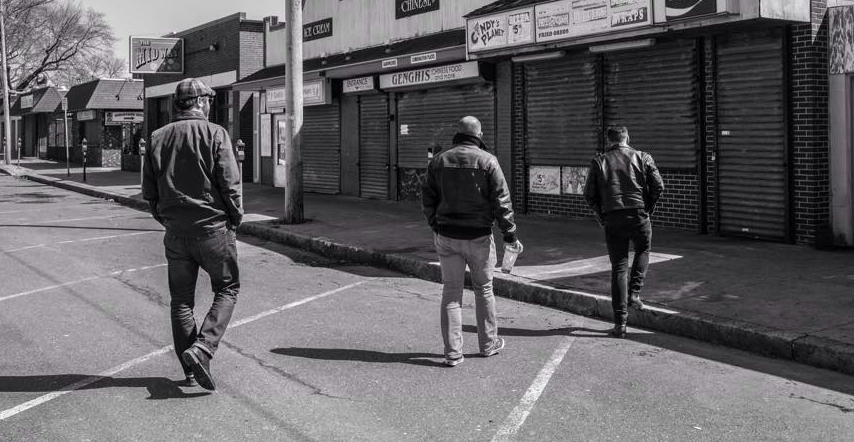 Listen now at IMPOSE!
Salem Wolves are up to their old garage pop tricks on
“Teenage Wonder”

Mixing grimy doo-wop and galloping ferocity, Teenage Wonder celebrates all the former-wunderkinds who never lived up to their potential—and had a great time failing. Coming on the heels of the “leather-clad, surfed-up, sandpaper rock” barnburner “More Weight!”, Teenage Wonder is the soundtrack to a stoned-and-sunburned summer night. “I was a teenage wonder,” Gray Salem shrieks feverishly, “Now I’m all fucked up.““Teenage Wonder” was recorded in Hanging Horse Studio (Dirty Dishes, Ravi Shavi), mixed by Shaun Curran (Sarah Borges, Soft Pyramids) and makes its debut at IMPOSE.  It will be available at all live dates.

Salem Wolves released their acclaimed debut EP Black Books in January of 2015, followed by their ode to New England obstinacy “More Weight!” early summer 2015.  The band features the howls and clattering guitars of Gray Salem, lead bass riffing by Harrison Isaac Salem, capped by the primal thud of Woodrow Salem on drums. Garnering comparisons to Titus Andronicus and The Thermals, they’ve toured relentlessly and shared the stage with acts like Crocodiles, July Talk, Shark Week, Archie Powell and the Exports, The Devil’s Twins, and many more.