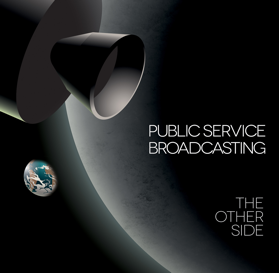 “This is the pinnacle of what PSB are trying to achieve, by breathing new life into dusty old relics, and it makes for truly magical, exhilarating listening” The 405
“Vividly conveys the triumph, the glamour and the tragedy of the space race”
Album Of The Week Time Out
“Rich and evocative, ‘The Race For Space’ is the sound of two young men gazing heavenwards and dreaming”` Uncut
“Vibrates with poignancy and grandeur” Q
“Out of this world” The Observer **

Public Service Broadcasting are excited to unveil the official music video for their current single The Other Side – filmed on the main stage at Secret Garden Party in Cambridgeshire last month. The song about the Apollo 8 mission has become a firm fan-favourite since the release of the album and J. Willgoose, Esq., the mastermind behind PSB, describes the track as “the most emotional moment” on the album as it delivers poignant charges of drama, heroism and wonder.

Flood Magazine who premiered the video in the US wrote: “The excitement, anxiety, and awe surrounding the (Apollo 8) mission was profound and can be felt and heard through ground control transmissions sent out of Houston—transmissions that are sampled tastefully in ‘The Other Side, … (Public Service Broadcasting) sound like they could have lived during the era from which the concept record draws.”

Listen to ‘The Other Side’ here

The Race For Space reached #11 in the UK album charts in its first week and spent a further 5 weeks in the top 40 plus 14 weeks in the top 100 with over 40k official chart registered sales to date making it one of the biggest indie records of the year.

The band have had an action-packed summer of festival appearances with slots at Glastonbury, Latitude, Secret Garden Party and Green Man already under their belts and a handful of others remaining before the season is out. Full listings are below, along with a major tour for the autumn including PSB’s largest ever headline show at Brixton’s O2 Academy on Sunday 29th November. Tickets for all shows available here.